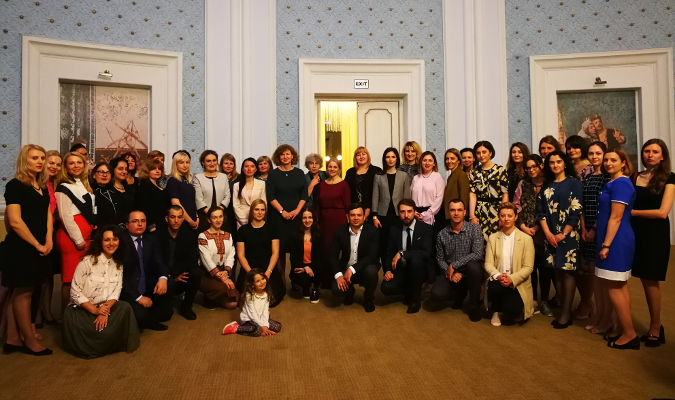 Government and civil society partners in Georgia with UN Women’s facilitation hosted a study tour of their counterparts from Moldova and Ukraine. Photo: UN Women

Government and civil society partners in Georgia hosted their counterparts from Moldova and Ukraine from 14 to 17 May to exchange good practices and lessons learned from the implementation of National Action Plans on UN Security Council Resolution 1325 (NAP 1325) and its subsequent resolutions on Women, Peace and Security. UN Women in Georgia facilitated the study tour.

The meetings focused mainly on NAP 1325 implementation, including issues of women’s participation in peace and confidence-building processes, integration of issues related to UN Security Council Resolution 1325 (UNSCR 1325) and the women, peace and security agenda in learning and capacity development interventions of security sector institutions, and alternative monitoring of NAP 1325 implementation by the civil society and the Public Defender’s Office.

“We are here because there is a lot to learn from Georgia while implementing the Women, Peace and Security National Action Plans,” said Elena Taralunga, representative of the Ministry of Defence of Moldova.

During the study tour, the delegations met with their counterparts from almost all line ministries in Georgia’s Prime Minister’s Office and had follow-up meetings with the State Ministry of Reconciliation and Civic Equality, Ministry of Defence and its Defence Academy, Police Academy of the Ministry of Internal Affairs, Public Defender’s Office and civil society organizations.

“The visit helped us to gain an in-depth understanding of how to monitor the process of implementation of the NAP 1325 in Ukraine” said Tatiana Goriacha, representative of NGO Ukrainian Women’s Fund.

Several countries in Eastern Europe and Central Asia have taken significant steps to implement UNSCR 1325 and its subsequent resolutions. Georgia launched its third National Action Plan on Women, Peace and Security in April 2018 for the period 2018-2020. Ukraine adopted its first NAP 1325 in 2016 for the period 2016-2020; while Moldova adopted its first NAP in March 2018 for 2018-2020.

The visit was jointly organized by UN Women offices from Georgia, Moldova and Ukraine to facilitate the cross-cultural exchange of experiences and mutual learning to advance the Women, Peace and Security agenda in their countries and in the region.