Civil society representatives from Europe and Central Asia say more measures are needed for more women to have leadership roles in peace negotiations and in the security sector.

More than 60 government, civil society and international institution representatives from Europe and Central Asia came together in Istanbul on 11-12 February to discuss how to increase women’s role in conflict prevention and resolution, peacebuilding, security sector reform, preventing violent extremism, and humanitarian response. We spoke to some of the civil society representatives in the meeting about their experiences and expertise in peace-building, conflict resolution and post-conflict recovery in their respective countries and their ideas on how to advance gender equality in peace, security and humanitarian action. 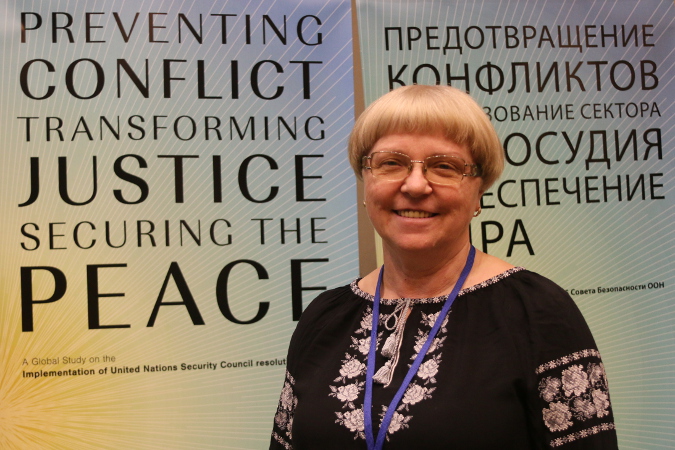 When we first started our cornerstone peace programme as a preventative education tool for schools in 1996, I could have never imagined that it would be used for traumatized people in war. We work with survivors of sexual violence in conflict-affected areas of Ukraine. It is very difficult because survivors don’t want to talk about their experience, and neither do their families and friends. Another important part of our work involves female combatants. Women would like to defend their country as well as men do. Unfortunately, some military professions are prohibited for women. So women fight invisibly in what we call “Invisible Battalions.” In case they are wounded or killed in conflict, they cannot get veteran status and financial compensation. Women in Ukraine are not included in peace negotiations. There is not enough political will or support from international organizations. But women don’t like to be just victims and survivors of conflict. They would like to be strong actors in peace building and conflict resolution. 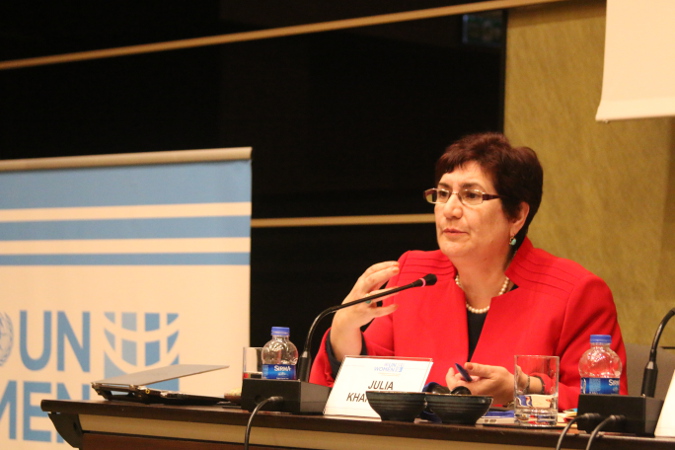 I was a molecular biologist when the war broke out in Abkhazia. I was displaced together with my children, and my husband went missing. We found him after two years. I’ve always been a very active woman so I quite quickly found something to do. But when you have children you want them to grow up in a safe and peaceful environment. That’s how I started advocating for the rights of internally displaced people. Women should be involved in peace-building from the first day. They bring a sense of reality to the peace table. They know the the real situation on the ground. They look after the elderly, the children and the men who are traumatized by war. Women are not only focused on the process of peace. They want to see results and that’s why they should be at the table. 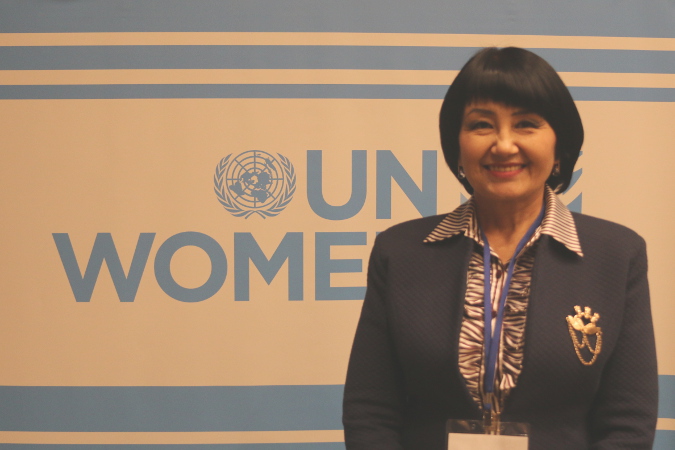 I am a retired police colonel and I have been responsible for gender issues in the Ministry of Interior Affairs in Kyrgyzstan. It is important that there is equal participation of women in law enforcement agencies because otherwise we will have problems communicating with the population. For example, women who are raped feel more comfortable speaking to women police officers. After the ethnic conflict between Kyrgyz and Uzbeks [in southern Kyrgyzstan] in 2010, women got involved in inter-ethnic initiatives. They started cooking and baking together. Women should be present in policy making and decision-making to prevent and resolve conflicts. Violent extremism is also on the rise in Kyrgyzstan and more women are recruited to fight in Syria. When you look at the kinds of women that are recruited, you see that they are mostly marginalized women; women who were raped, married off at an early age, women who don’t have opportunities. Now we need to think about empowering solutions for women so that they don’t join these extremist groups. 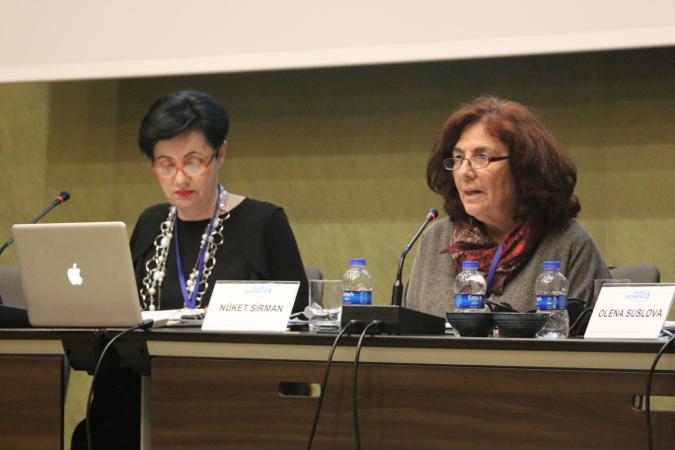 Women’s participation in peace and security processes is extremely important because most of the time what they have to live through remains invisible. Women experience incredible proportions of violence during war. When both sides cannot attack each other, they start attacking women. Women know first-hand the suffering experienced on the ground during conflict so they want peace more than men. Women’s participation in post-conflict processes add a level of practicality because when they make a suggestion, it is usually something feasible. They speak from experiencing the reality of war on the ground, they don’t speak about theories. In Turkey, women has been doing a lot to stop the escalation of armed conflict. Most of the peace activists in Turkey are women. I also observe that if the post-conflict negotiations address women’s needs and requests, then they really work hard to make them a success.