Women are changing the face of armed forces in Ukraine

Ukrainian women’s participation in the armed forces sets a precedent and challenges gender stereotypes in the military. 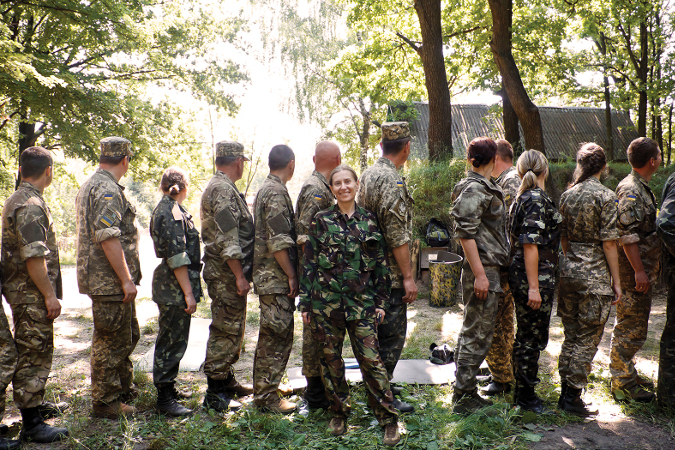 “I want to do all I can to contribute to the psychological health of my country, to make sure we all recover after our terrible losses and start to live again – as soon as possible”, says Natalia Stepuk, psychologist in the Ukrainian armed forces. Photo: UN Women/Lyudmila Mytsyk

Natalia Stepuk is a crisis psychologist and psychological first-aid trainer. She used to work as a family psychologist before getting involved in the military when the conflict in Ukraine started. She now provides psychological support to soldiers who have been released from captivity.

Together with Natalia, over 16,000 women are currently serving in the Ukrainian military. Some started as volunteers at the start of the conflict and have never been formalized as regular members.

Oksana Zatsarinna, once a private entrepreneur from the Cherkasy region, has three children, the youngest a girl of eight. Oksana first joined the Ukrainian Anti-Terrorist Operation as a volunteer in the same battalion where her husband was serving, but her medical training proved useful and she stayed on. 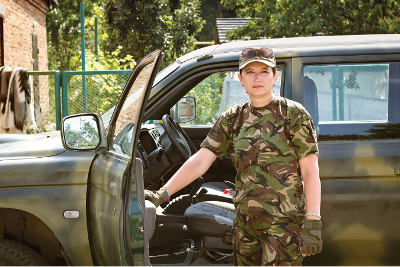 This photo, portraying Oksana Zatsarinna, was among those displayed at the exhibition on the “Invisible Battalion" organized by the Ukrainian Women’s Fund and UN Women. The exhibition is one of many initiatives shedding light on women’s participation in the Ukrainian armed forces. Photo: UN Women/Lyudmila Mytsyk

“From the very first days of the conflict, women have been present in the military forces, but they were registered and received their remuneration under non-combat positions only. As of this year, women can be formally registered as gunner or commander”, said Ihor Dolhov, Ukraine’s Deputy Minister of Defense, at a roundtable organized jointly by the Parliamentary Inter-Faction Union for Equal Opportunities, UN Women and the Ukrainian Women’s Fund in October 2016 on women’s role in peace and security.

In February 2016, Ukraine was the 59th country to adopt a National Action Plan for the implementation of UN Security Council Resolution 1325 on Women in Peace and Security, and the first country to do so during armed conflict. UN Women is supporting the government and other public authorities in ensuring the correct mechanisms are in place for the implementation of the action plan.

One of the first steps was to open several positions in the military to women that were previously reserved only for men on the grounds that they were either unhealthy or too risky. “Two years ago, you were lucky to see one girl on the entire frontline: “Wow, there’s a girl!” Now there are actually a lot of women serving”, notes Lyudmila Kalinina, Commander and Training Officer in Donbass. The report “Invisible Battalion: Women’s Participation in ATO Military Operations” produced by the Ukrainian Women’s Fund and supported by UN Women explores gender issues in the Ukrainian military within the context of the current conflict. 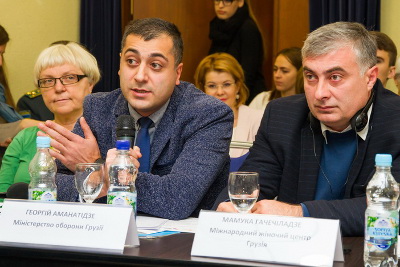 Women now represent 8.5 per cent of the military in Ukraine - a figure that marks definite progress, but is still far from the results of other counties such as Norway, where women represent 20 per cent of the military. Countries such as Norway and Georgia, which began implementing UN Security Council Resolution 1325 years ago, are sharing their experiences with their Ukrainian colleagues.

Anastasia Divinskaya, UN Women Gender Advisor, notes that much of the progress currently registered on the 1325 agenda is coming from the Ministry of Defense and the Parliament, “However, real progress can only be achieved if inter-sector coordination happens. We hope to see more ministries follow the example of the Ministry of Defense and set up their own plans. We also need the establishment of an inter-ministerial working group to ensure coordination”.

UN Women has worked in Ukraine since 1999 to help the country meet its gender equality commitments and unlock progress for both women and men. Since 2015, UN Women is supporting the government in the execution of the National Action Plan for the implementation of UNSCR 1325, including by providing support to the Ministry of Defense and co-chairing the Parliamentary working group on Women, Peace and Security.