In Serbia, girls are busting gender stereotypes in tech with their innovative ideas

Hundreds of Serbian girls aged 13–14 are innovating with information technology (IT), inspiring more girls to use these tools to solve problems and pursue IT careers, which are generally regarded as a ‘boys club’. 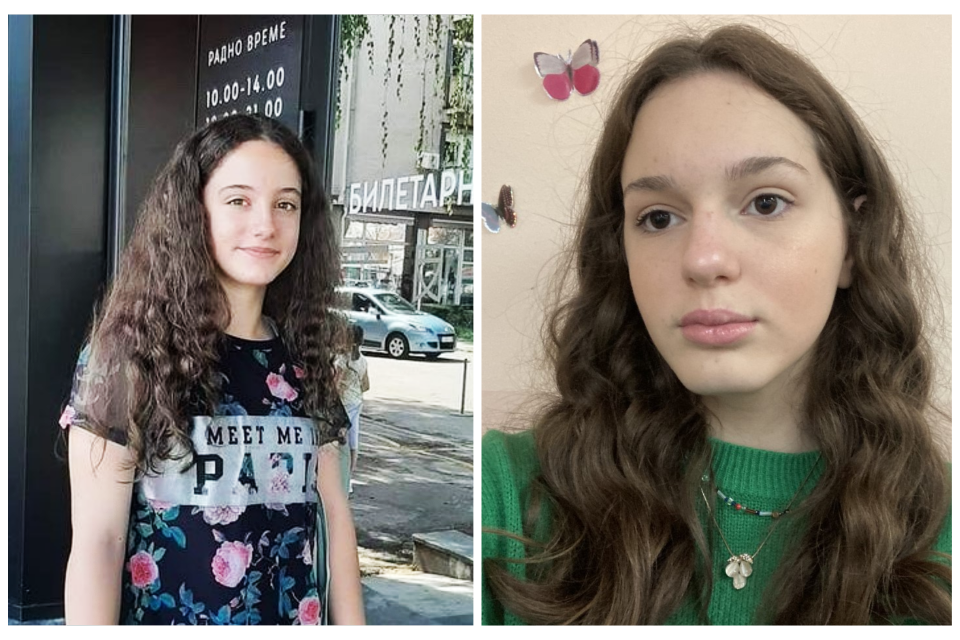 At a young age, girls in Serbia are often told that innovation and technology are inappropriate for girls.

To tear down such stereotypes, UN Women in Serbia is supporting the “Catch the idea” competition, which is organized annually by the Association of Businesswomen in Serbia. Encouraging the dreams and ambitions of girls in the field of information technology, for the 11th year in a row the competition is trying to spur the number of girls interested in pursuing careers in IT.

Fourteen-year-old Andjela Ristic and Sofija Semsovic from Veljko Dugosevic Primary School in Belgrade jointly earned first place with their so-called "crazy back belt" invention. Looking at the world around them, they noticed that many of their friends have poor posture due to physical inactivity and predominantly spending time in front of screens. With the help of technology, they managed to turn their idea into reality.

“We made a special back belt by placing a micro:bit device on the belt that will warn the child of incorrect posture with sound and visual signals and encourage him or her to improve their posture and maintain proper sitting,” said Ristic.

The girls are enthusiastic, especially after winning the award, that many of their friends at school will like the idea and be eager to make their own belts and wear them. “With our little help, they will be able to make their own crazy back belt easily and improve their posture,” Semsovic added.

Second place in the competition went to another teen from Belgrade, 14-year-old Mirjana Ilic from the St. Sava Primary School. She has seen different auctions of artwork made by grown-ups and always wanted to organize something similar for all the great artwork produced by her creative friends.

“I wanted to make an online gallery showcasing children’s art. At the same time, it would work as an auction for selling the artwork, with at least 50 per cent of the money going to charity or even more, depending on the artist’s decision,” said Ilic.

Her main goal was to motivate both girls and boys to be more creative and have their work acknowledged, while at the same time helping those in need.

Ristic, Semsovic and Ilic are just three of the 520 girls from 60 schools in 39 cities and towns across Serbia who took part in this year’s competition. “Catch the idea”. It’s the 11th competition of the same kind and the number of girls taking part is growing every year.

The winners have no concrete plans yet about how they want their career paths to unfold in the future but they say they are keen to keep using technology to bring about changes in their communities.

According to Aleksandra Boskovic, an English teacher at St. Sava School and coordinator for the competition, there are few opportunities for girls like this, where girls alone can make and present their innovative ideas. “We are taking part in this competition every year and more and more girls are getting interested,” she said.

The initiative even seems to have yielded some results already, as Boskovic says more and more girls from her school are choosing to pursue IT classes in high school.

UN Women in Serbia continues to support different initiatives aimed at encouraging girls to use innovation and technology to solve problems, unite communities and be a force for good.

Related News
18/10/2021
Op-ed: What does energy poverty mean for women?
14/10/2021
Take Five: "Gender-responsive planning is a crucial success factor for improving the situation of rural women"
20/09/2021
First HeForShe University Tour kicks-off in Ukraine
25/08/2021
In the words of Jelena Mladenović: “The hardest part is to realize what could, in my article, benefit the victim and what could possibly harm her”
09/08/2021
Social service "Octopus" yields heartwarming response in Serbia
END_OF_DOCUMENT_TOKEN_TO_BE_REPLACED