UN Women invited women and girl seasonal agricultural workers to share their experiences in child, early, and forced marriage, which remains a common practise in their communities. 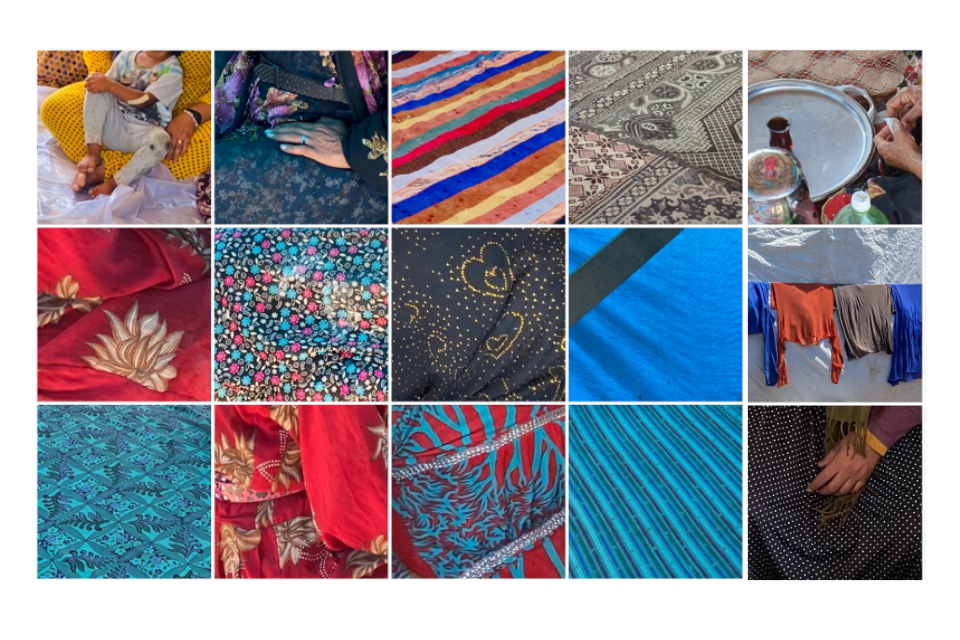 “I became a mother when I was a child. Instead of playing with my friends, I took care of my children. It was hard,” said Ayşe Özyeğin*, one of the 137 women and 36 girls who participated in UN Women’s ‘Tent Chats’ – a discussion that encouraged women seasonal agricultural workers to share their experience in child, early and forced marriage.

“We missed out on our childhoods. We wanted to play games with our friends, but instead, we had to take care of the housework. I took care of everyone, the whole family, including my in-laws. I had to do whatever they asked for and obey the rules,” said Leyla Demir*. She was married when she was 14. Zainab Hussein* adds, “My husband’s family was accusing me of everything, and I thought that I was doing something wrong. They always told me that I knew nothing, and I was expected to serve them and take care of domestic responsibilities all day long.”

The tent was full of women who work in agriculture on a seasonal and migratory basis. The majority were married when they were children. The fields of Adana, a province in southern Turkey, have been donned in tents where seasonal workers stayed during the harvest. Their tents lack basic facilities. Hygiene, access to services, education, and health are often neglected, leading to deepened inequalities.

UN Women organized the ‘Tent Chats’ in Adana in May and aimed to provide an open, honest, and safe space for women to share their experiences. The chats focused on child, early and forced marriages (CEFM), which are common among seasonal women workers. The discussion encouraged the women and girls to express their thoughts on the issue and aimed to raise their awareness on the harmful effects of early and forced marriages.

The trainer, Sinem Akay, emphasizes that talking about these topics has a significant impact on combatting CEFM. “It is vital that women understand what happened to them, what was wrong and what the harmful impacts are. We create a common understanding and solidarity through dialogue, encouraging women to open up and tell us their other concerns and problems, such as sexual health. Talking about CEFM and discussing what they have experienced also prevent their children from becoming victims of CEFM. When women understand the effects of CEFM, they don’t want their children to have the same experience,” Akay says.

‘Tent Chats’ are conducted under UN Women’s joint programme on the Prevention of Child, Early and Forced Marriages in Turkey, which is funded by the Government of Sweden through the Swedish International Development Corporation.

Between 24 and 28 May this year, 13 sessions were conducted in 11 areas where seasonal agricultural workers congregate across three districts of the Adana province. Around 400 hygiene, dignity and food kits were distributed to women and children.

Duygu Erseçen, the CEFM Project Coordinator, emphasizes the importance of such awareness raising sessions with women: “During the Tent Chats, we understood that women are mostly aware that CEFM is illegal and has harmful effects. However, they also mentioned that there was nothing they could do. Some tried to convince their relatives or friends not to marry off their children early; however, it didn’t help. Out of 124 married women, almost half were married to a relative, and around 41 per cent were married before 18. The oldest women in the groups were in their 30s. This confirms the problem of CEFM among seasonal agricultural workers. It shows the urgent need to conduct a situation analysis that uses both quantitative and qualitative methods to identify the magnitude of the issue,” she says.

“The chats helped me understand my rights and available services. I will never allow my girls to experience what I did. I want them to be educated and move forward,” says one of the women agricultural workers who participated in the Tent Chats.

Based on the findings of the chats, UN Women Turkey developed a roadmap to generate data on the situation and needs of rural women, including women seasonal agricultural workers. Such insights are expected to inform new projects aimed at empowering rural women.

* The names have been changed to protect the identity of the individuals.

Related News
19/06/2019
Compelled and empowered, Syrian refugees changing traditional gender norms
08/09/2021
Roma, Ashkali and Egyptian communities in Kosovo tackle a centuries-old harmful phenomenon
09/12/2015
Fathers in Turkey foster violence-free families and gender equality
11/10/2022
In the words of Tina Milovanović: “I want to make a visible change for the better, so that women and girls are empowered”
27/09/2022
Documentary and Short Film Festival Celebrates the Power of Women in Kosovo
END_OF_DOCUMENT_TOKEN_TO_BE_REPLACED