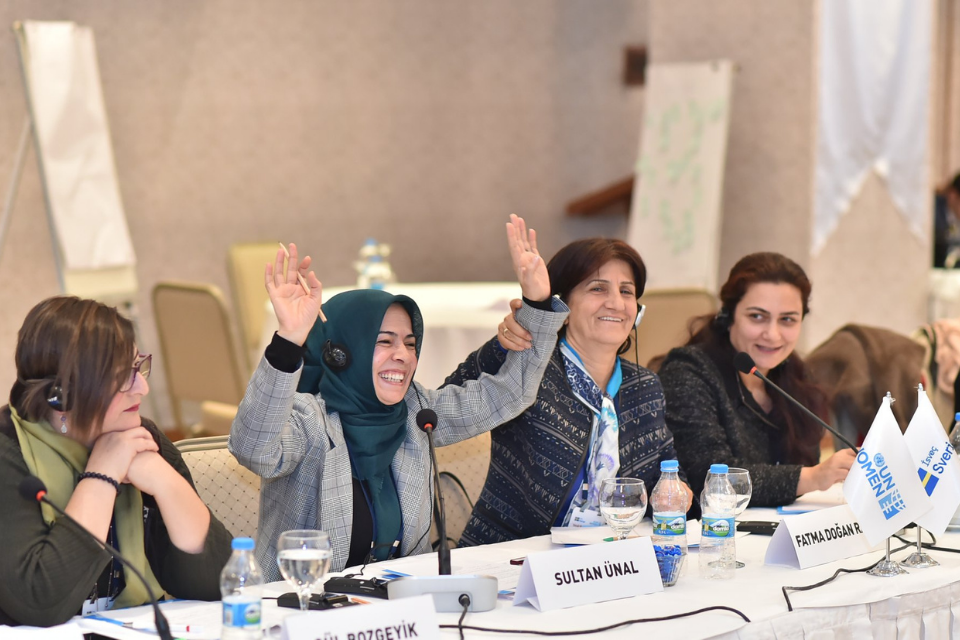 After experiencing repeated psychological and physical violence from her husband, Sultan Ünal decided to leave. She studied and worked at the same time and attended Local Politics Workshops organized by UN Women in Turkey. She is now working at the COVID-19 counselling centre, helping and supporting the response efforts during the pandemic, and she plans to run for mayor in the upcoming local elections.

Sultan Ünal, 48, was born in Cağlayacerit, a small village in Kahramanmaraş, a city located in southeastern Turkey, to a family of 10 children. Her father didn’t let her study after primary school, and she got married when she was 18. She had three children by the time she turned 27. During her entire marriage, she wasn’t allowed to leave the house or visit her family without her husband, or even open the curtains without her husband. She also experienced repeated physical and psychological violence. Although she had no diplomas or work experience, she was determined to find a way to earn her own livelihood and leave her husband.

Ünal started to work in several different jobs, earning below the minimum wage. Her lack of a high school diploma was preventing her from getting decent jobs.

“I was determined to study and get my diploma. By the time my eldest daughter started going to secondary school, I enrolled myself in an open secondary school for adults as well. I was both working and studying. My determination helped me to complete my education. I got a Bachelor’s degree both in social services and sociology, and a Masters’ degree in public administration,” says Ünal proudly.

She is not the only one in the family who studied. Her eldest daughter became a doctor, her son became a forest guard, and her youngest daughter is studying law.

Before the local elections of March 2019, together with more than 160 women, she attended the Local Politics Workshops, held by UN Women to strengthen women political aspirants in campaign management, negotiation technics and communication skills.

She presented herself as a candidate for nomination to run for mayor of Caglayancerit during the local elections in 2019, but she was not nominated because the candidacy was given to the other political party within the alliance. “If I was nominated, I definitely would have been selected as mayor!” she says.

Ünal is currently working as a front-liner at the COVID-19 counselling centre at a public hospital, supporting patients. She says the UN Women workshops and trainings she attended have helped her to build positive relationships with the patients and support them with empathy during the hard times of the COVID-19 pandemic. 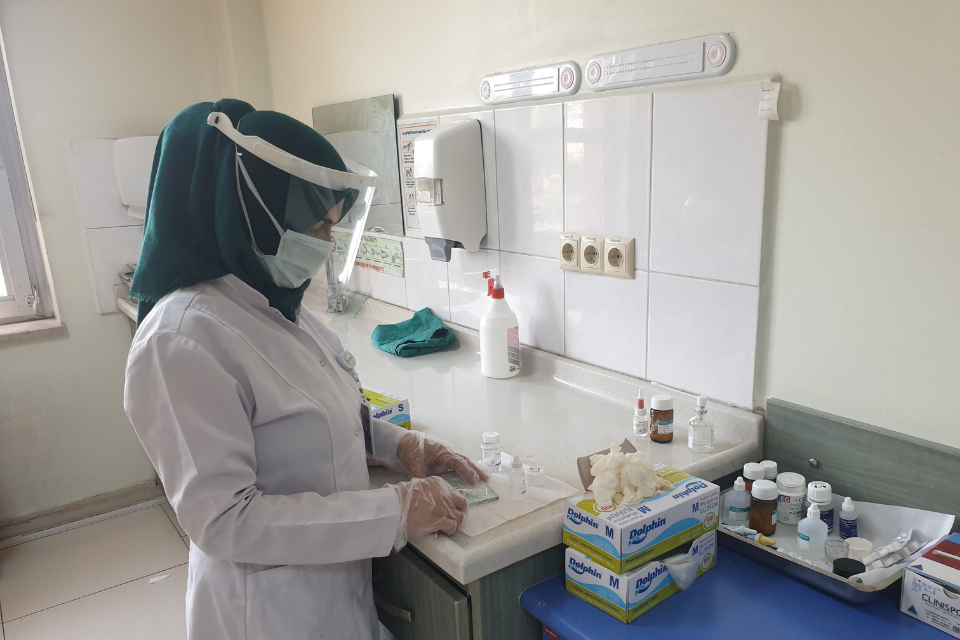 Sultan Ünal is helping and supporting patients at the hospital. Photo: Personal archive

“During the pandemic, patients feel extremely stressed, and they may even become violent sometimes. As a support staff and counsellor, I am very confident in myself and I feel fully competent when dealing with patients, thanks to the conflict-resolution techniques I learned during the UN Women workshops,” says Ünal.

Although Ünal wasn’t nominated in the local elections in 2019, she hasn’t given up on her political aspirations. She is planning to run for mayor in the next local elections in Turkey and would like to attend the next set of trainings and workshops that UN Women is now organizing.

“Communications and leadership skills are very important for women leaders and political aspirants,” says Aslısu Şahin, trainer of the Local Politics Workshop. “These skills strengthen women to find and use their voices, and to reach their constituents. Local Politics Workshops supported women in building empathy with their target audiences and learning negotiation and conflict-resolution technics. Women who are acting as transformative leaders in their parties, communities and local municipalities can respond to issues and disputes effectively.” 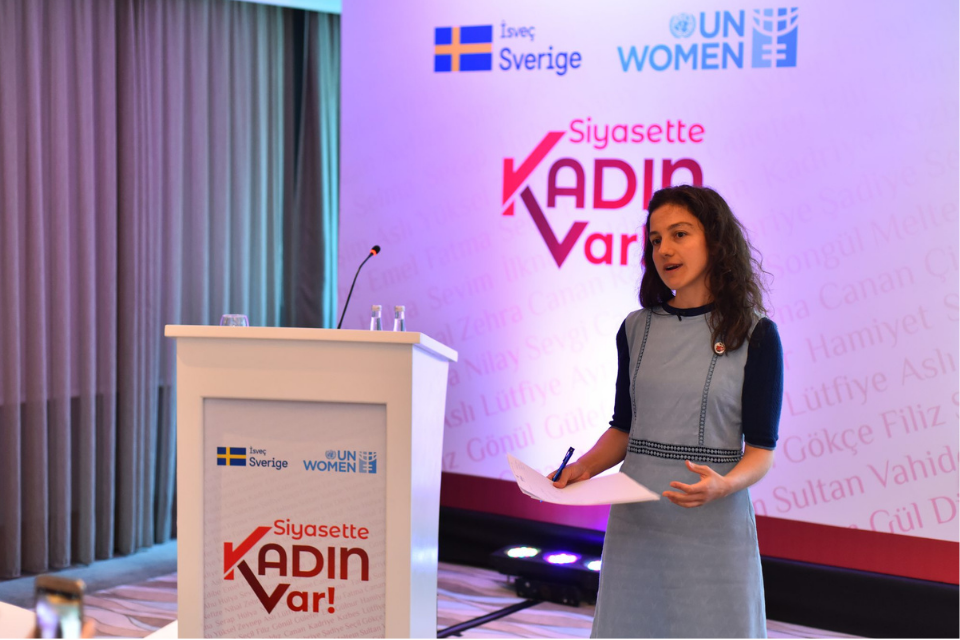 The Local Politics Workshops aim to support women leaders’ knowledge and skills as candidates. They have included several workshops on transformative leadership, communication with constituents, public speaking, violence against women in politics, and gender awareness.

“Supporting women political aspirants and leaders especially at the local level remains key for us. Women who attended the workshops have been showing their leadership and communications skills; they are confident to run for the next elections and work for gender equality in politics and all spheres of life,” says Duygu Arığ, Project Coordinator at UN Women.

Related News
26/07/2021
Call for Proposals: Strengthening political leadership and skills of women political aspirants at local level to advance gender equality and women’s leadership in political life in Turkey
04/10/2019
The media’s portrayal of gender gets students’ attention in Turkey
28/03/2022
In the Words of Kadem Doğan: “I question inequalities and also empower myself to challenge them”
17/03/2022
Famous Turkish actor Demet Evgar is announced as the first National Goodwill Ambassador of UN Women Turkey
01/03/2022
Call for Applications: Small Grants for Women’s Civil Society Organizations (CSO) and Women-Led CSOs under the ‘Strengthening civil society capacities and multi-stakeholder partnerships to advance women’s rights and gender equality in Turkey’ Project
END_OF_DOCUMENT_TOKEN_TO_BE_REPLACED