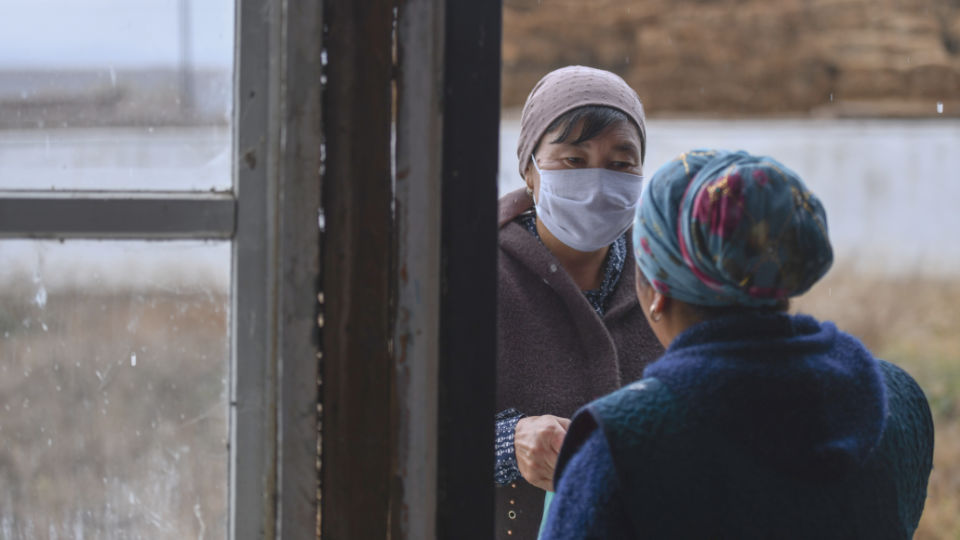 Nuria Temirbek kyzy lives in the village of Ak-Zhar in the Naryn oblast in Central Kyrgyzstan. Six years ago, she was a housewife with no plans to work outside of the home. Two years later, she became a deputy of the local council, or kenesh, and since then has been constantly helping her fellow villagers.

“Women can do anything, they can work and be successful in any area, community, politics or business,” Temirbek kyzy believes.

In Kyrgyzstan, it is still common for women in remote regions to have no access to education, as a result of which, after early marriage, women most often only do housework. Moreover, usually, the success of families are attributed to men - heads of families, thus reinforcing the idea that only men are engaged in business, politics, or other socially important activities.

Temirbek kyzy was one of these women until 2014. One day she accidentally found herself attending a meeting with representatives of an international organization. The training was delivered through the Joint program “Accelerating Progress towards the Economic Empowerment of Rural Women (RWEE)”, a joint UN Agency effort aimed at improving food security, promoting income-generating activities, increasing participation in public decision-making and creating a gender-sensitive culture in society.

UN Women provided trainings to more than 93 women and men in remote areas of Kyrgyzstan in entrepreneurship, business development and promotion, and supported them in boosting their leadership skills. Temirbek kyzy says that she emerged from these sessions as an activist. Following the trainings, her fellow villagers nominated her for council.

With UN Women’s support, Temirbek kyzy also had a chance to travel to Bishkek, the capital, and visit the parliament, several ministries, and state agencies. She met with high-level women officials in the government and learned firsthand how political systems work in the country. This visit boosted her confidence. Although many rural women in Kyrgyzstan do not usually pursue a career in politics, Temirbek kyzy was convinced to run for the local council upon her return from Bishkek.

“My outlook on life has changed for the better, I learned so much new information, participated in various trainings, and was able to help many people. I started believing in myself and in 2016 put forward my candidacy for the post of member of the local council and won the elections. I used to think that a woman should stay at home, raise children, take care of her husband. But it turns out that we are very strong, that we can do everything,” Temirbek kyzy said.

Now she not only works in the local council, but also oversees several enterprises opened through the project. More than 50 women have been able to find work within these businesses doing sewing, handicrafts, farming, and in processing industries.

During the pandemic, on her own initiative, funds were allocated from the local budget to purchase materials enabling seamstresses to sew masks and sell them to local people at an affordable, almost cost price. Meanwhile, families in need received protective equipment for free.

“I feel different, useful and strong. At first, my husband was against my activities, because I was often not at home and I had to go to trainings. But then he realized how important my work was. Now he supports me,” says Temirbek kyzy.

She calls on all women not to be unafraid and to start working for the benefit of society, because experience shows that a woman can do everything – “the main thing is to believe in yourself,” she says. 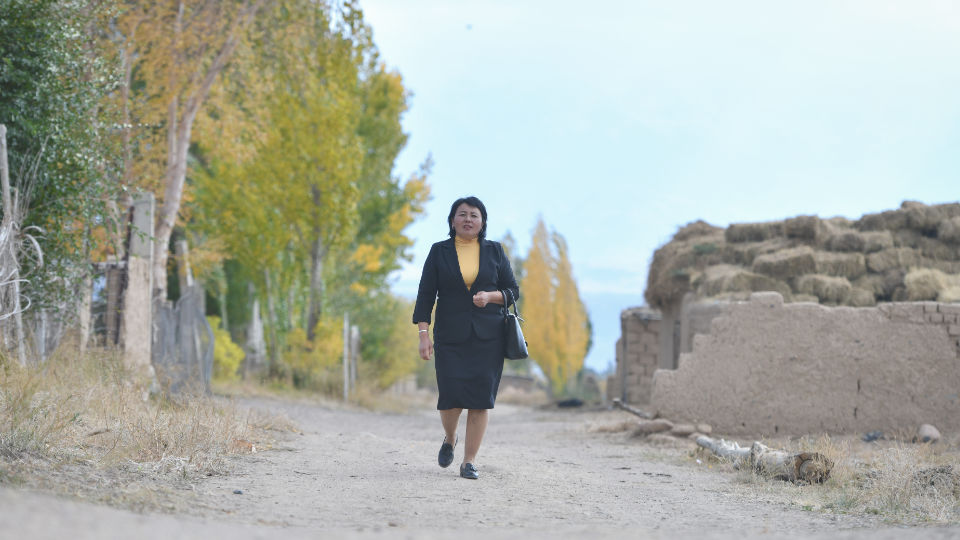 “Many women were able to awaken their ‘I’” – Tursunai Akmatova, local leader from rural Kyrgyzstan

Tursunai Akmatova lives with her family in the village of Baizak in the Naryn region. After graduation, she started work as a teacher in a rural school, but thanks to the project she became a member of the local council.

“I believe that thanks to this project, many women were able to awaken their ‘I’, they believed in themselves and started doing what they love,” says Akmatova.

In recent years, the representation of women in local councils has dropped significantly, in most cases men were elected as members, and in some villages women themselves believed that politics was only for men. Thus, some local council only had male representatives. In 2019, thanks to a change in legislation, a quota was approved - now in local councils, at least 30 percent of deputies must be women.

Tursunai Akmatova became a member of the kenesh in 2017, even before the approval of this quota. Thanks to the project, she was able to overcome existing stereotypes and began to contribute to the development of her village, where she was born and raised.

“While participating in this RWEE program, I understood a lot, realized what needs to be said so that we can be heard, and that women have the same rights and opportunities as men. I was able to develop my leadership skills, I was able to prove that politics is not only for men, that women can and should do it too,” she says.

As part of her work in the local kenesh, she seeks to help develop the village. In addition to social work, she also develops women's entrepreneurship. Together with like-minded women, she founded a fund, which already includes 50 women. Together they are engaged in farming, growing vegetables and fruits, and in 2018 donors entrusted them with the management of a new workshop in which they are engaged in the procurement of canned goods to order.

“Over the years, I have been able to achieve a lot and am very grateful to my husband and family, who always support me. My husband is an activist himself and he practically forced me to do all this, although initially I was against it, because I already had a job. But then I was so fond of all this, work in the kenesh, a fund, a self-help group. I just cannot imagine my life without all this now,” Akmatova notes.

During the pandemic, she, together with like-minded people, helped the villagers by distributing food packages and personal protective equipment to needy families.

Related News
24/08/2022
Kyrgyzstan hosted the second "Women's Leadership – A Breakthrough into a New Era” National Forum
05/07/2021
UN Women supported the needs of women affected by COVID-19 in Kyrgyzstan
19/05/2021
In the words of Jelena Brankov-Čerevicki: “In our region, we saw how success begets success”
17/12/2020
Call for Proposals: Civil society organizations to raise awareness and confidence of rural women in Serbia
14/02/2020
Peacebuilding is placed in women's hands through new initiative in Kyrgyzstan and Tajikistan
END_OF_DOCUMENT_TOKEN_TO_BE_REPLACED