Jonada Shukarasi is one of three 16-year-old girls who developed an app aimed at tackling the severe problem of domestic violence across Albania. Called GjejZâ (Find your Voice), the app provides comprehensive information to women suffering from abusive behavior. 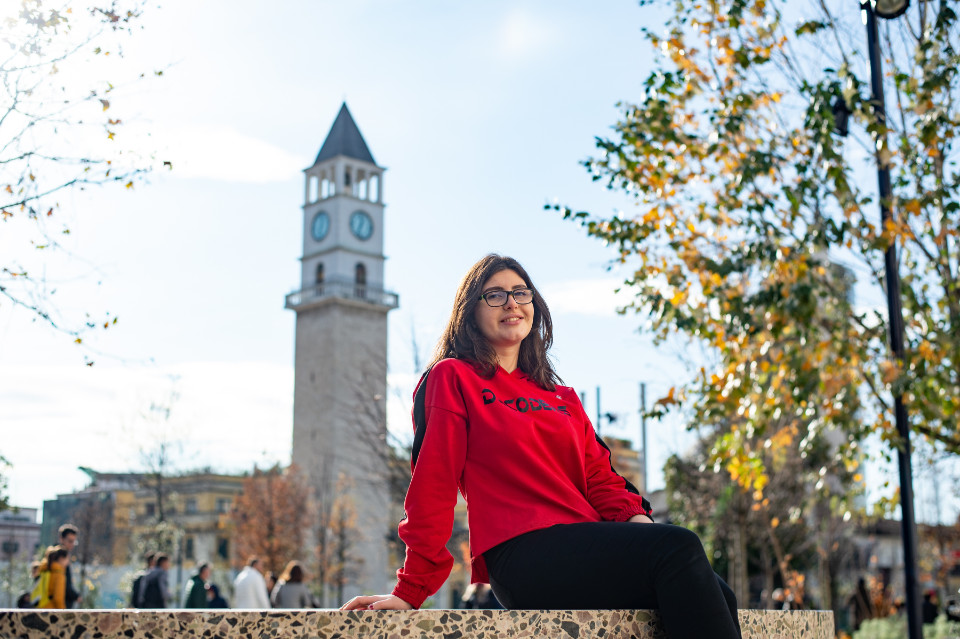 Three best friends, Arla Hoxha, Dea Rrozhani and Jonada Shukarasi, took part in the Technovation Challenge for Girls in 2019, a competition hosted by a global tech education nonprofit that empowers girls and families to become leaders, creators and problem-solvers. Calling themselves Team D3c0ders, the girls had less than six months to finish a complex project, and their chossen topic, domestic violence, was unusual for your average 16-year-old.

They were among10 finalists from around the world to attend the global challenge event in Silicon Valley, taking out the grand prize - a scholarship and funding from Technovation. This means Team D3c0ders now has the chance to develop their app, bringing awareness of gender-based violence to more women in Albania and, potentially, the world.

According to the third National Population Survey ‘Violence Against Women’, conducted in partnership with UN Women, 1 in 2 women experienced some form of violence during their lifetime and 1 in 5 women experienced physical and/or sexual violence. 65.8 per cent of surveyed women experienced dating violence, while 47 per cent have experienced intimate partner and/or domestic violence. These alarming figures concerned the three friends so they turned to technology.

Finding an innovative way to solve a problem

Jonada, together with her best friends, has been learning to code for several years through a tech program run by the United States Embassy in Tirana. The group names, D3cOders, is a witty name, which symbolizes the three friends and the binary code.

Jonada admits that before she started programming alongside her buddies she had little interest.

“I think that technology, although it is not my main field of interest, it's an innovative way to solve a problem,” Jonada smiles. “I did not expect to love this competition so much. I did not expect that it would broaden my perspective on so many things.”

I think that technology is an innovative way to solve a problem.” 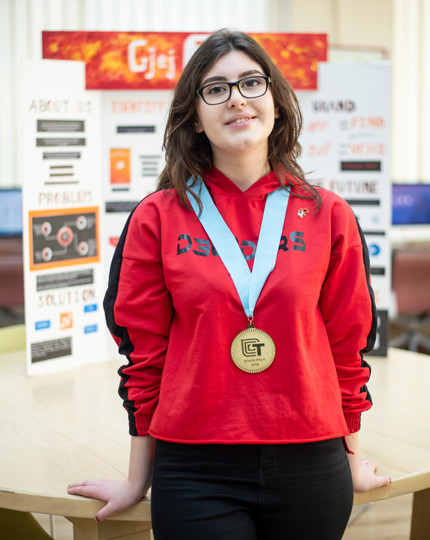 But, she doesn’t think of herself as a computer geek. In fact, her major interests lie in the field of law.

“I am very, very passionate about human rights in general and especially gender equality,” Jonada explains.

She decided to take part in the tech competition because her friends talked her into it.

Albanian society is prone to traditionalism and sexism. Yet, tech-wise it is hardly an underdeveloped country - the population of 2.8 million people uses 4.63 million cell phones. Using new technology to solve an old problem was an obvious choice.

They started with a name and then they had just four months to complete a tremendous amount of research and negotiations.

“During the early stages there is a lot of programing. And, then you have to research a lot on the topic,” Jonada explains. “And, we had a lot of meetings with organizations and different local and central government institutions. And we collected a lot of information to put into the app.”

“Everybody was so supportive and helpful!” exclaims Jonada. “They were happy that young kids were getting involved with social issues in the country and the world.”

“We picked this sensitive topic because violence against women is a huge issue in Albania, and it also affects us as teenage girls because we see the early stages of this even among our friends,” said Jonada. “Albania is a country with a lot of issues, but when it comes to gender equality, it is a very patriarchal society and it has been this way for many generations. It is kind of hard to explain the core of gender inequality in our country, but our parents grew up thinking that men are superior to women. It is hard to change it because our parents have raised us this way.”

Violence against women is a huge issue in Albania, and it affects us as teenage girls.” 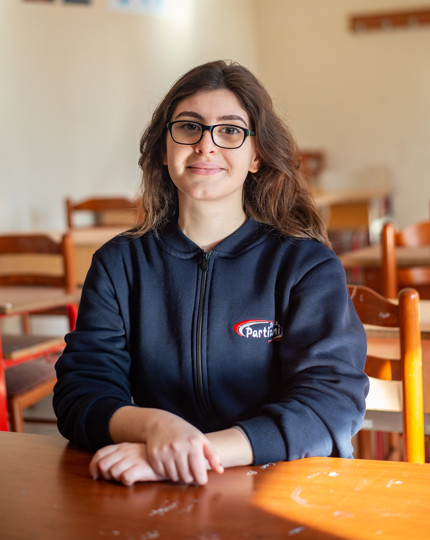 Jonada thinks that changing people’s minds is even more difficult than it seems.

“If you ask any girl or woman whether they would ever agree to become a slave to their husbands or their partners and accept abuse, they would definitely say “no”. But when they are in an actual relationship, in the real world, it's not that easy to see the red flags, and then you start to see the early signs of abuse, little controlling acts, like checking the phone, for example,” Jonada says.

In her opinion, these little things tend to evolve into something worse, like psychological and physical abuse.

Jonada also notices that in Albania quite a number of resources are offered to women who suffer from domestic and gender-based violence; however, this information is scattered and often unreliable and outdated. She believes this must be the main reason why Albanian women don’t use all the resources available. D3cOders believe that their app can change this unfortunate situation by providing an all-in-one resource about everything a woman needs to know if she’s in an abusive situation. They also regularly maintain the app to keep the information updated and relevant. 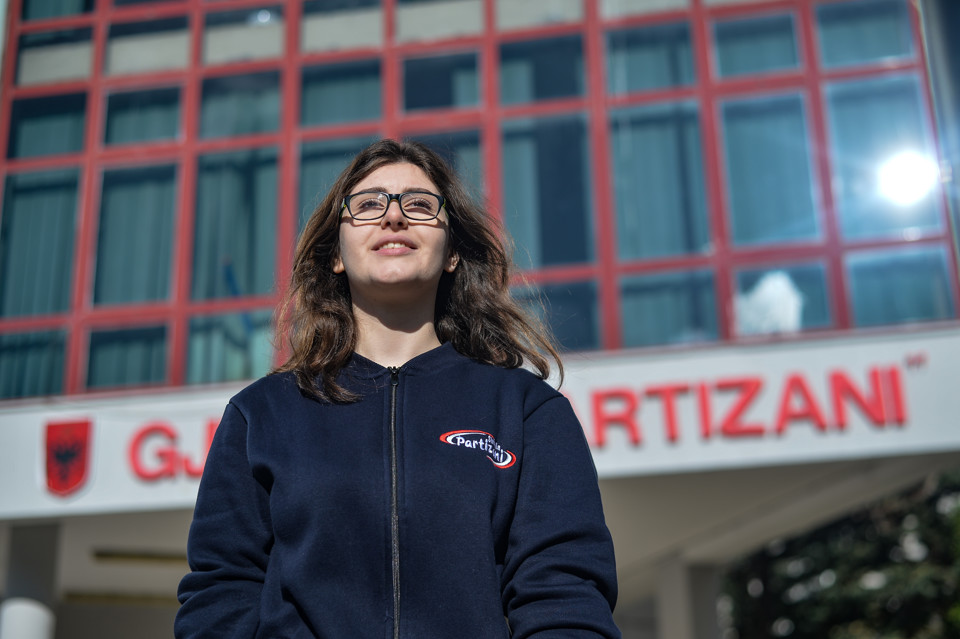 Jonada says that all her female friends support her, but boys often make fun of her goals and purpose.

“They recognized my success when we won the competition and congratulated me, but they kind of laughed off the whole idea. Of course they would, they’ve been taught that they are superior. It’s the mentality. I really thought that things were a little bit different for our generation. But I see that it's not and that is very scary. We're growing up in a world like this!” says Jonada.

Jonada and her team really believe that their app can make a difference. Maybe it won’t happen quickly, but with people like the D3cOders, the entire society is taking a step closer to a better world.

“We launched our app officially in October 2019 and we are currently working on spreading the word about it. We are planning different road shows in different cities and we have already started. And that is how we plan on letting people know about this app,” Jonada says.

Jonada is very passionate about the law, she has started studying it and knows that in the future she will have more ways and means to protect women’s rights. But as of now, an app is a great start.