Uguloy Abdullaeva became one of the first women in Tajikistan to head a local water users association. Through it, she has pioneered many ways to overcome the widespread lack of access to water in Tajikistan. She’s a woman with an excavator – and she knows how to use it. 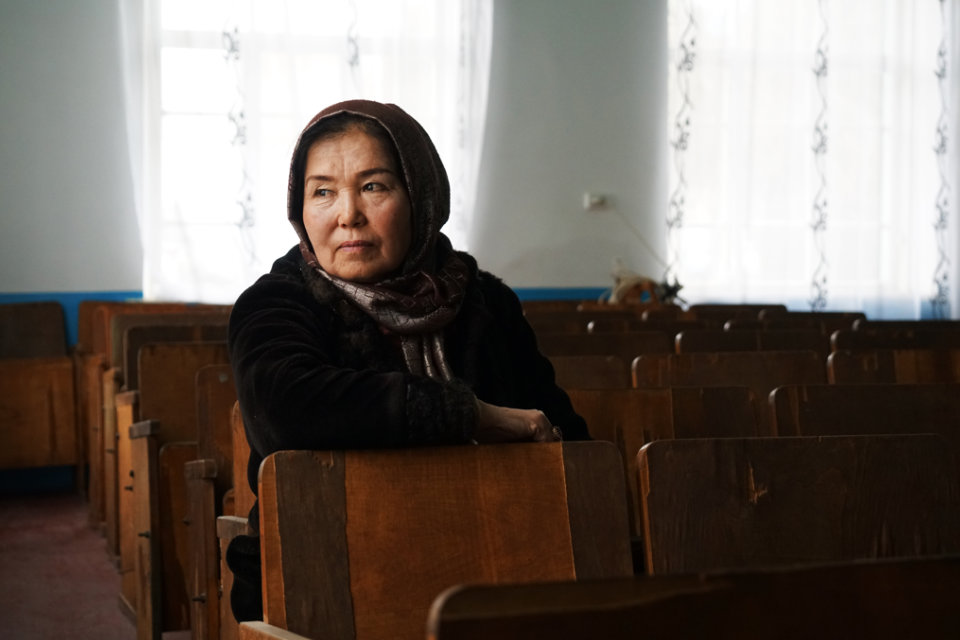 The name Uguloy translates from Persian as “rose water”. And also as a “woman of courage”. The first meaning is symbolic for Uguloy Abdullaeva, 62. The second is just a character trait.

Uguloy has dedicated her life to fighting for people in Tajikistan to have water. Despite copious supplies in the country, 60 per cent of the population does not have it in their homes. Undeterred, Uguloy builds water supply systems in remote areas where small farmers and families struggle to survive. She fights for every millimeter of soil that can grow rice, cotton and watermelons. And she explains elementary rules of rational water consumption to anyone willing to listen.

Uguloy was born in the Balkhi settlement (formerly Kolkhozabad) in the Khatlon region of southern Tajikistan, 130 kilometres from the capital. She was raising a son and three daughters when her husband died. Without any means to support her family, she moved to Dushanbe, the capital. 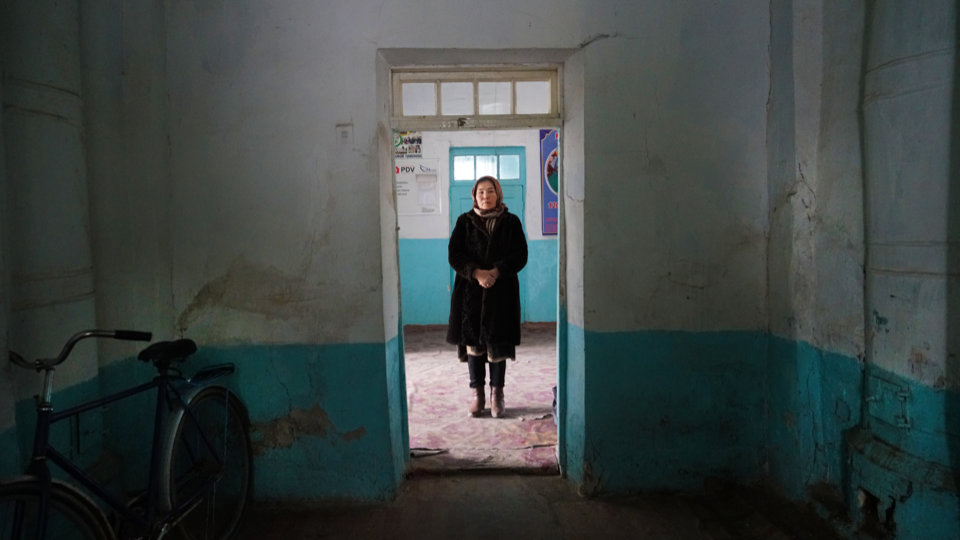 “We lived in a dormitory. It was difficult with four children,” she remembers. “I learned how to make cheese, gingerbread cookies at night, soda water. My son and I could make a whole van of sparkling water a night. We were given a place at the local bazaar. We shared the profit, but 80 per cent remained with us.”

She learned how to make cheese when she worked as a cleaner at a dairy plant. “The head of the workshop, Ablahami Mirganov, cheesemaker number one in Dushanbe, and his daughter taught me. I don’t know what they saw in me, I just worked as a cleaner there, but I had great confidence,” she recalls with a wry smile. 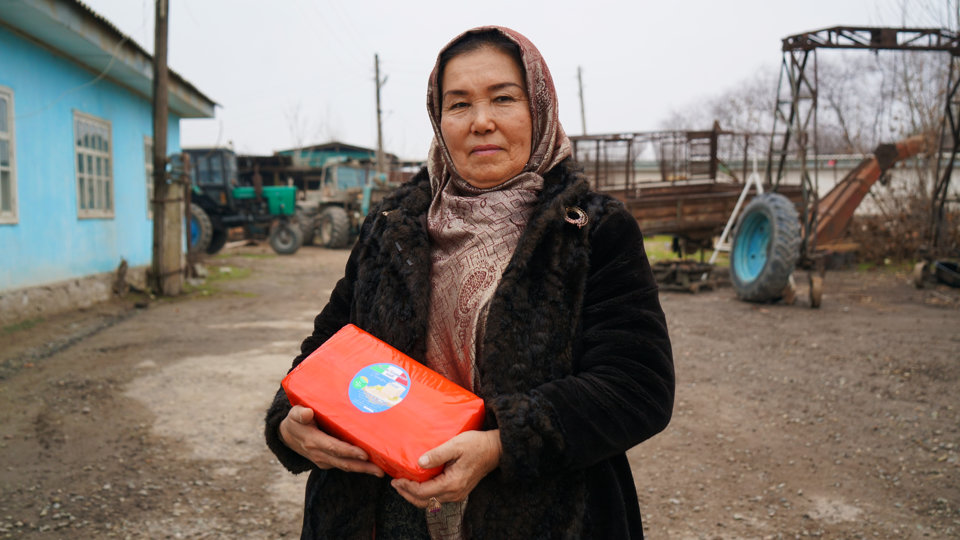 In order to earn some money, while living in Dusanbe, Uguloy Abdullaeva learned how to make cheese. Photo: UN Women/ Daria Komleva

After her children graduated, Uguloy returned to her native village. “The men gathered at the school, and discussed how to get together and organize an association of water users. They nominated me for the chair's post. ‘You are competent, go, we will support you, they said’.”

She joined the millions of women in Tajikistan who have stepped into male-dominated jobs as men migrate out of the country in search of work. The difference is, she is one of only 13 women heading a water users’ association.

After Tajikistan became an independent country in 1991 following the disintegration of the Soviet Union, its water management system fell into structural disrepair. Vast collective farms of wheat and cotton were carved up into thousands of small, privately owned farms. But delivering water to all of these through the existing network of canals proved difficult.

Recognizing the need to improve water access, in 2012, the Tajik Government established water users’ associations, whose members are private farms. The associations took on the responsibility of overseeing water delivery for a fee. They encouraged farmers to develop their farms and improve productivity, and increase the efficiency of water supplies and irrigation systems to reduce water loss.

If there is no water in the house, the woman will go and look for it.” 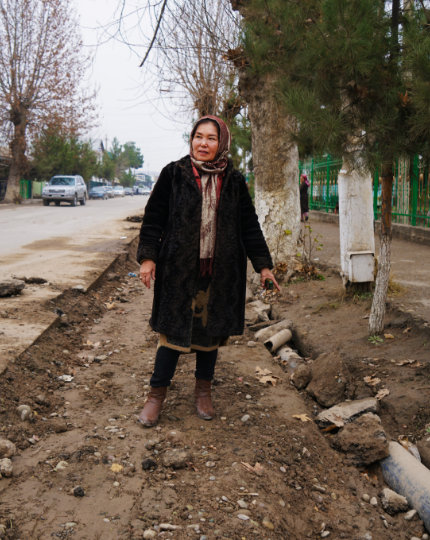 A plea to the US Ambassador

After six months of running her local water users’ association, Uguloy was desperate. “There was no money. My accountant and I went from home to home and collected membership contributions. We collected 1,811 somoni (USD 371). I took 56 somoni (USD 11.50) and left for Dushanbe, to the American Embassy.”

Denied a meeting with the US Ambassador, Uguloy made an appointment for the next week. But she had no money to stay in Dushanbe or to return a week later. So she decided to leave a copy of her passport, the charter of her organization and a note for the Ambassador.

“Crying, I wrote that I was the mother of four children, a widow. The men of my village chose me to run a water users’ association, but I can’t. I don’t know where to start. I have only 1,811 somoni in my pocket. What can I do?”

Her plea was heard. Uguloy received USD 420,000 from the embassy. “Everyone was surprised how much money a simple woman got,” she says.

With the money, she bought land and an excavator, built an office, and was able to organize water treatment. The association put in pipes and drainage, and built new water locks to manage water distribution.

Uguloy also benefited from two years of training in water management with the United States Agency for International Development (USAID). “Every time I went there and learned something new, and my engineers also learned, and this is how we accumulated good personnel in eight years,” Uguloy explains.

Many things have changed since then. There are fewer problems with water. Farmers are more responsible with their farms.

“They know that the water locks, for example, are built with their money, and treat them with care. Nothing has been broken in eight years. And we had to repair water locks each year before,” Uguloy points out. 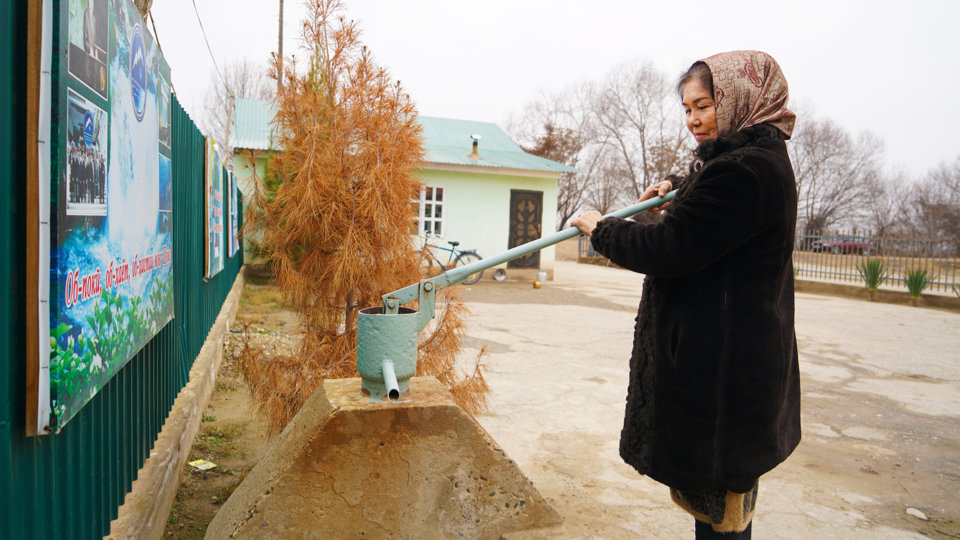 She herself is leading by example. Through sheer grit, she educated her community and collected a large number of fees. Now, she is well respected and her association is providing a secure supply of water. An audit conducted by USAID dubbed her association the best among 72 operating in the Khatlon region. Presented with an excavator worth USD 114,000, she now serves four districts.

In March 2020, Uguloy was appointed as a leader of a Jamoat (a district) to advocate for women’s rights as water users and to involve more women as members of water associations.

Uguloy once encountered a frequent question: Why was she doing a man’s job? Irrigation, drainage and flood protection were believed to be the province of men.

“Probably, my strengths help me. I don't give up! I'm very, very persistent, until I solve the problem,” Uguloy laughs.

I don't give up! I'm very persistent, until I solve the problem.”

According to her, women are the first to face water problems. “Ninety per cent of water-related issues affect women the most,” she said. “If there is no water in the house, the woman will go and look for it. She has to bathe the kids, she has to cook, she has to take care of the family.”

She adds that women are also less likely to waste money, have a strong work ethic and are less involved in tensions related to running the water user associations.

“Everyone keeps asking me, what is my secret, how is it working so well?” she says. “Here’s the secret: Let the woman be the leader.”

Let the woman be the leader.” 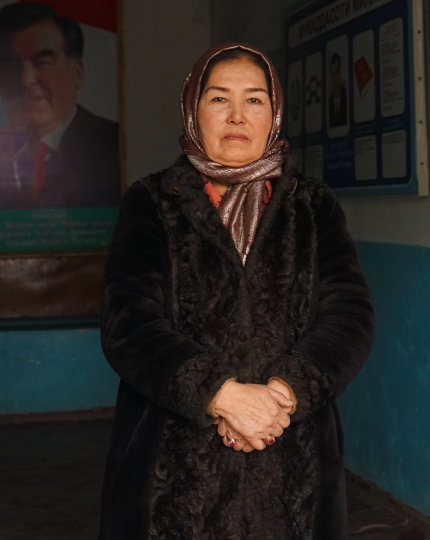