20 years on, COVID-19, conflict and backlash test the women, peace and security agenda

The 20th anniversary of UN Security Council resolution 1325 comes at a volatile time in the world. A UN Women and OSCE conference renews commitments and examines progress and challenges in implementing the landmark women, peace and security agenda. 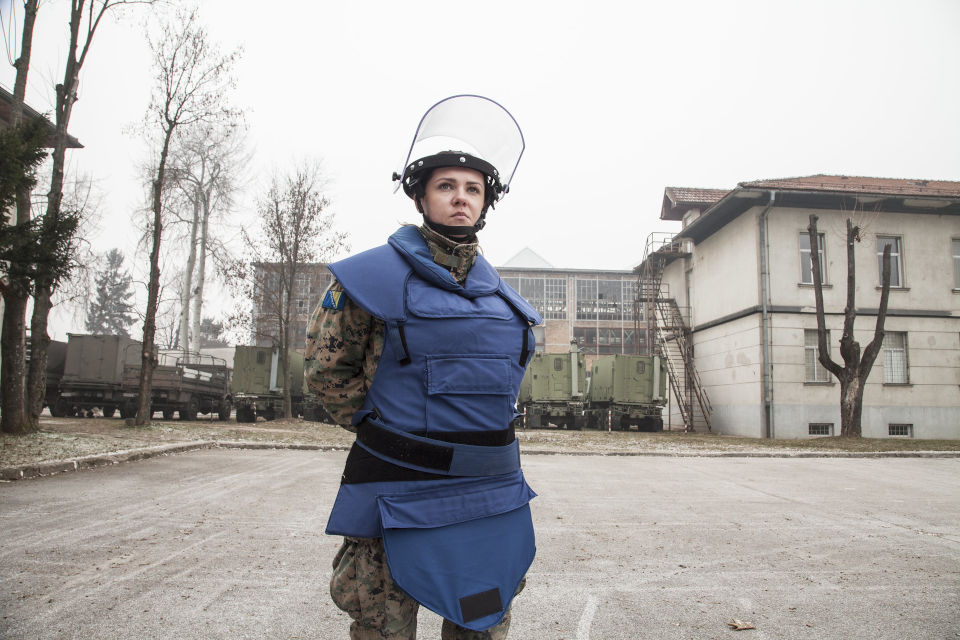 On 12 October, the UN Women Regional Office for Europe and Central Asia and Organization for Security and Co-operation in Europe (OSCE) co-hosted an online high-level conference to renew commitments and mark the 20th anniversary of UN Security Council resolution (UNSCR) 1325 on Women, Peace and Security (WPS), which recognizes the disproportionate and unique impact of armed conflict on women and girls.

Held against a backdrop of the global COVID-19 pandemic, persistent and complex tensions in Europe, and a rising backlash against gender equality and women’s rights, the conference, Renewing commitments to the Women, Peace and Security agenda in the OSCE, focused on progress in implementing UNSCR 1325.

The 90 high-level participants examined the impact of the coronavirus pandemic on the WPS agenda in the OSCE region and explored ways to strengthen financing, localize national action plans, and engage with youth to ensure that women and girls fully benefit from the WPS agenda’s implementation.

In particular, OSCE participating states committed to support the implementation of the WPS agenda in their region.

UN Women Regional Director for Europe and Central Asia, Alia El-Yassir, opened the meeting by stressing the importance of women’s participation: “Creating a peaceful world for future generations requires the empowerment of women in conflict resolution and peacebuilding efforts, and bringing them to the table.

“Given all that we know and the challenges that the world is facing, advocating for women´s rights and women’s equal participation in peace processes is more important now than ever,” added El-Yassir.

Inid Milo, Head of OSCE Chairmanship Task Force at Ministry for Europe and Foreign Affairs of Albania said, “While the COVID-19 crisis has amplified existing challenges facing the WPS agenda, it has also proved the importance of women leadership and the need for gender sensitive responses.”

Ambassador Luca Fratini, Director, Office of the Secretary General, OSCE Secretariat stated: “As the world’s largest regional security organization, the OSCE and its participating States are fully committed to the Women, Peace and Security agenda and gender equality and want to lead by example. We want to make sure that our gender-related pledges materialize into concrete actions both within our participating States as well as in OSCE’s executive structures, including the Secretariat institutions and OSCE field missions.”

“It is very important to recognize that we already have a good framework of WPS resolutions, but what is missing is monitoring of the implementation, mechanisms of accountability, and financing”, emphasized Paivi Kannisto, UN Women Chief of Peace and Security.

Participants presented country examples of progress and gaps in the WPS commitments and their implementation.

In Kosovo[1] and the Western Balkans, for example, women played a crucial role in peacebuilding and democracy building, including post-conflict reconstruction, healing wounds of tragic wars, establishing transitional justice, and reconciliation. However, their contributions remain unrecognized and have not so far translated into real empowerment of women.

A different picture was presented for Ukraine. Olga Stefanishyna, Deputy Prime Minister for European and Euro-Atlantic Integration, Ukraine, pointed to successes like the integration of gender into the work of law enforcement institutions and armed forces, and an increased participation of women in the defence and security sectors.

“Participation of women evolves and changes as conflict unfolds. Our OSCE research shows that women are more likely to make it into high-level negotiations when being deployed in senior positions already before outbreak of conflict,” said Horváth-Stenner.

Anara Niyazova, Head of Innovative Solutions, Kyrgyzstan, highlighted the importance of civil society organizations in implementing the WPS agenda in Kyrgyzstan. She explained that the creation of the Initiative Group of Women promotes participation of women in decision-making, including in conflict prevention and management, and has mobilized local activists in raising issues related to security and non-violence in public hearings of local government.

Biljana Blazeska, Adjutant to the President of the Republic of North Macedonia, noted that profound social changes are needed in the security sector: “Gender stereotypes, which are roots of prejudice and discrimination, should be tackled and broken.”

“UNSCR 1325 presents one of the real opportunities to deal not only with the rights of women affected by the conflict, but also with conflict prevention itself and include women in peace-building processes,” highlighted Julia Kharashvili, NGO IDP Women`s Association “Consent”, Georgia.

Recommendations for the security sector include:

Looking ahead, conference participants examined the Report of the Secretary-General on women and peace and security (2019), which highlights five overarching actions for the next decade:

Related News
06/11/2020
Bosnia and Herzegovina marks 20th anniversary of the UN Security Council Resolution 1325 on Women, Peace and Security
16/11/2018
Press Release: Balkan women politicians urge for meaningful participation of women in peace and security
23/10/2018
From where I stand: “The adoption of the National Action Plan on UNSCR 1325 is only the beginning”
20/04/2015
States assess progress on women’s involvement in conflict management and sustainable peace
14/02/2013
The Interagency Working Group presents the recommendations on the establishment of a National Referral Mechanism for the prevention and protection of survivors and victims of Sexual and Gender-Based Violence
END_OF_DOCUMENT_TOKEN_TO_BE_REPLACED