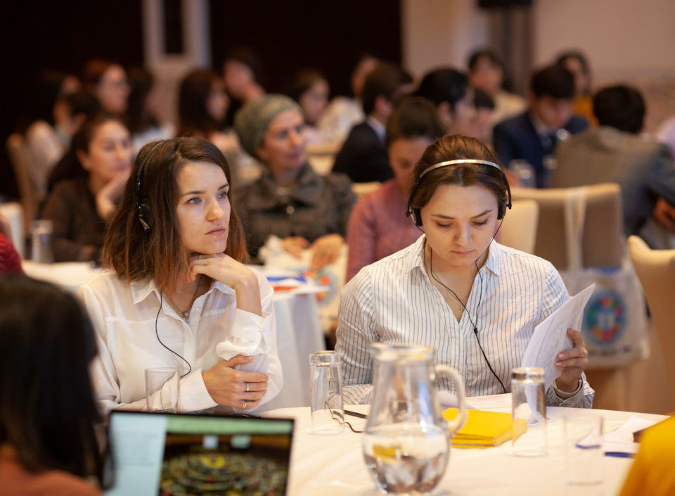 The Forum aims to accelerate the leadership and participation of young activists in global processes. Photo: UN Women/ Sulaiman Mukhamedjanov

More than 120 participants, including representatives of the Government of Tajikistan and civil society, international and youth organizations, networks of women living with HIV, and HIV activists from Moldova, Kyrgyzstan, Ukraine, Kazakhstan and Russia gathered in Dushanbe, Tajikistan’s capital, to discuss the key role of women and young people in finding effective solutions to HIV-related issues and the importance of strengthening the capacities of youth and women’s networks in decision-making and active response to the HIV epidemic.

The 3-day Regional Forum, “From creating networks to coalition: Leadership – Responsibility – Action”, was conducted under the framework of the global campaign 16 Days of Activism against Gender-Based Violence and started on World AIDS Day. The event is organized by UN Women, in cooperation with UNAIDS and UNFPA, with support from the Committee of Women and Family Affairs and Committee on Youth and Sports under the Government of the Republic of Tajikistan.

The Forum aims to accelerate the leadership and participation of young activists in global processes related to responding to and combatting HIV, including the 25th year anniversary of the Beijing Declaration and Platform for Action (Вeijing+25), the most progressive blueprint on women’s rights, the Sustainable Development Goals, and the implementation of CEDAW recommendations on HIV eradication.

“The issue of HIV prevalence in Tajikistan especially among women and youth raises concern of both the Government and development partners. The discussions revealed the fact that stigma and discrimination of people living with HIV are widely spread in the region which prevent them from speaking out, open their status and defend their rights. We are confident that this forum, open dialogue, and involving decision makers will contribute to improving the quality of life of people affected by the epidemic,” said Aziza Khamidova, Head of UN Women in Tajikistan.

HIV epidemic in Eastern Europe and Central Asia region continues to grow, making it the only region in the world where such tendency is currently observed. Around 50 per cent of women living with HIV in the region have been sexually infected, most often from intimate partners that injected drugs. The share of women living with HIV in Tajikistan grew by 5 per cent during the recent years and comprised around 40 per cent.

Participants discussed opportunities to build an alliance of women living with HIV to develop a global strategy for effective engagement of women and young people in resolution of issues related to HIV and gender inequality within the 2030 Agenda at all levels. During the Forum, young activists, and women and girls living with HIV took part in discussions as leaders for change and articulated their needs and priorities.

Worldwide, about 58 per cent of new cases of HIV infection among women over 15 years were registered in 2017, and every week in the same year, 6200 young women at the age of 15 to 24 were infected by HIV.

The first day of the Forum ended with the launch of the online campaign #ВОПРЕКИ (#InSpiteOf), initiated by UNAIDS and Eurasian network of women living with HIV. 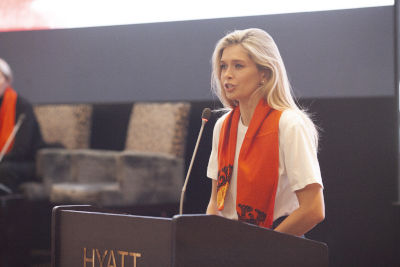 “Listen and share the stories of the regional campaign #ВОПРЕКИ, not only about the right to live with dignity, love and happiness, they are also about female power and the will to live. Each of us has her own #InSpiteOf, let’s support those who have succeeded and inspire those who are still in doubt about themselves,” said popular Russian singer and UNAIDS Goodwill Ambassador Vera Brezhneva.

The participants of the forum shared their personal experience and knowledge on HIV prevalence, discussed ways to prevent HIV, including informational and advocacy campaigns conducted in the region.