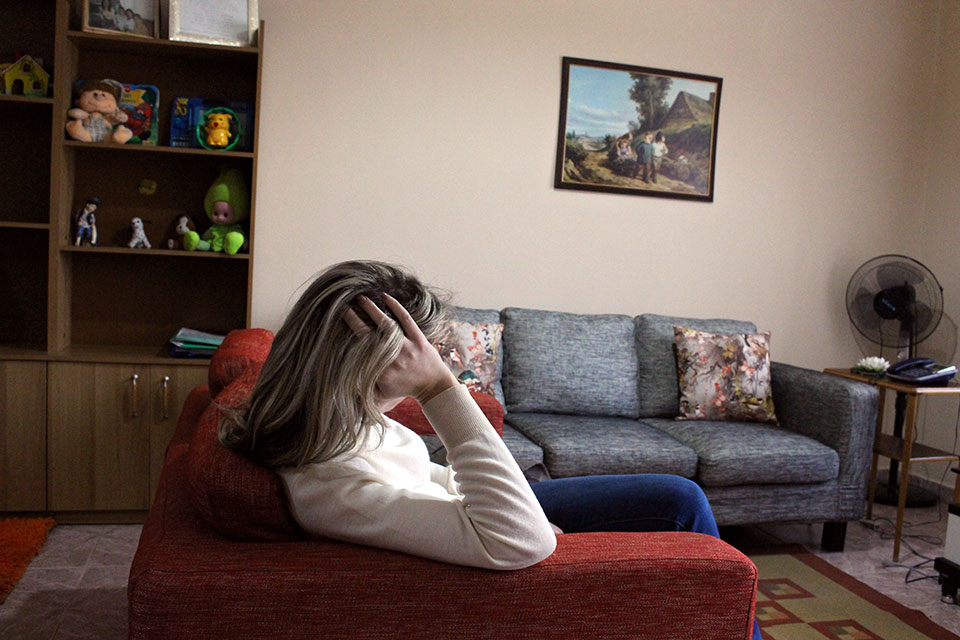 “Why doesn’t she leave?” is a frustratingly common question asked of women in abusive relationships. The question is often followed with disbelief—if it was really so bad, wouldn’t she have left?

Ask Silva Kaca* why she didn’t leave, for years, and she will tell you about one of the biggest roadblocks that many women in Albania, and elsewhere in the world face, as they try to leave an abusive partner—housing.

Kaca was married for 22 years and had two daughters with her abusive partner.

The girls would stop playing and run home as soon as they saw their father parking the car, she recalls. They would sit on their mother’s lap, hoping to shield her from the beatings. The last five years of Kaca’s marriage was a living hell and the final straw came when her husband started beating the older daughter as well, 14 years old at the time.

Kaca tried to get justice. “I got a protection order from the police twice, but we were still living under the same roof.”  Like many other Albanian women, she had no other place to go. Once her husband ended up in jail for domestic abuse and she finally divorced him, but after he was released, Kaca had to flee her home as her now-ex-husband threatened to kill her. She didn’t even have time to pack her clothes or take her daughters with her.

“I was staying with some relatives and friends until a close friend of mine recommended the Shelter for Abused Women and Girls, where I found the warmest and the most lovable nest possible,” says Kaca. “I was able to finally reunite with my daughters. The moment we entered the shelter, we were calm, we felt reborn.”

The Shelter for Abused Women and Girls is part of the Monitoring Network against Gender-Based Violence, a network of 48 civil society organizations across Albania. The creation of the network was facilitated by UN Women under its regional programme on ending violence against women, funded by the European Union. In 2018, the network played a significant role in advocating for changes to the law "On Measures Against Violence in Family Relations" and in providing inputs to the draft Law on Social Housing. Because of their advocacy, women survivors of domestic violence, victims and possible victims of trafficking, and single mothers are now among the groups to be prioritized for low-cost public housing, under the social housing law approved in May 2018.

Edlira Haxhiymeri, who has been running the Shelter for Abused Women and Girls in Tirana for 20 years, says that lack of housing and shelter is one of the biggest challenges for most abused women. “They either don’t have a house during their marriage or they lose it after the divorce. [Paying] rent is impossible for them.” Trapped between abuse and lack of financial autonomy, many women stay in abusive relationships or go back to abusive partners.

“We really hope that the law on social housing will support survivors of domestic violence”, adds Haxhiymeri.

The shelter, also supported by UN Women’s regional programme in the Western Balkans and Turkey, aims to raise awareness of public institutions and community members in the municipality of Lezha about domestic violence and existing laws that are meant to protect women. It is building capacities of public service providers so that they can ensure quality services for survivors of violence.

After more than six months living at the shelter, Silva Kaca had to move to a small studio apartment this year. While she is independent now, she is fighting to make ends meet. “Paying rent means not having enough to eat some days,” she says. “We are still at the beginning of the month and I have only USD 90 left.” 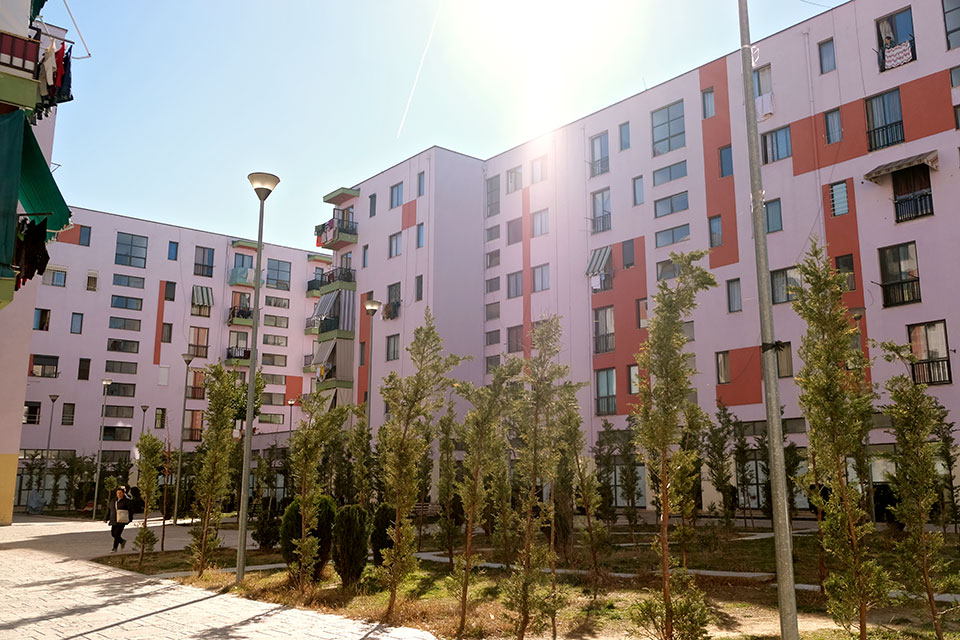 A scene from a public housing complex in Albania. Domestic violence survivors are now prioritized for spots in public housing, like this one and others. Photo: UN Women/ Yllka Parllaku

“When they are the only source of income in the family, it is impossible to cope with the cost of housing,” stresses Haxhiymeri, echoing the need for affordable public housing for women. Currently civil society organizations across Albania are informing communities about the new law and how to use it.

Some municipalities in Albania have supported survivors of domestic violence with rent bonuses. “We are thinking of encouraging the same practice with the rest of the municipalities to support survivors,” says Merita Xhafaj, General Director of Policies and Development for Health and Social Protection at the Ministry of Health and Social Protection.

“Approval of the new law on social housing is an important milestone for Albania towards meeting international standards such as Istanbul Convention. UN Women is committed to support its implementation by advocating for adequate budgetary allocations at central and local levels to ensure no woman is left behind”, says Estela Bulku, UN Women Head of Programme in Albania.

For women like Silva Kaca, the law on housing is nothing less than a matter of life and death. It’s also a matter of public services finally responding to the unique needs and challenges of women. She says that all women like her who are in abusive situations should have a shelter at least until they recover and are able to make a living.