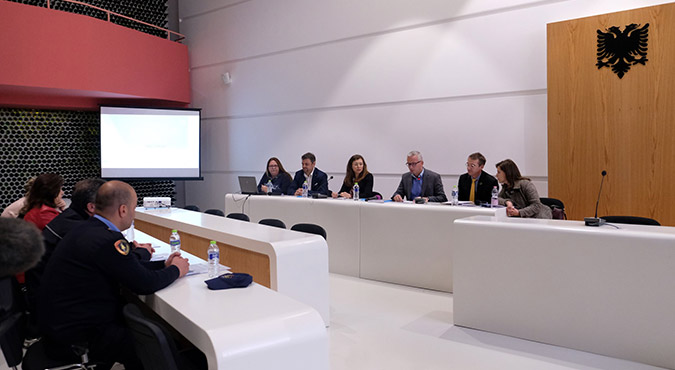 Study on “Sexual harassment and other types of gender-based violence in public spaces in Albania” being presented in Korça, Albania. Photo: UN Women Albania

The study, "Sexual harassment and other types of gender-based violence in public spaces in Albania" was presented today, focusing on selected areas of the municipality of Korça and Shkodra.

This study, the third on this issue in Albania, reveals that women and girls face many forms of harassment, especially those of a verbal nature.

Focusing mainly on women and girls’ perceptions in the selected areas of the two municipalities, the study shows that 16 percent of women and girls surveyed have been at risk of or exposed to sexual harassment or other forms of sexual violence in their lifetime. Outdated thoughts and the phenomenon of victim blaming are prevalent issues in both municipalities. Out of all the respondents, 40 per cent agree that “Girls/women who are sexually harassed or sexually abused provoke it themselves.”

The results show violent acts against women and girls in public spaces, especially verbal sexual harassment and other forms of sexual violence, which are still widely underreported to the responsible institutions. This situation of underreported sexual assault is attributed to lack of information on where to make a complaint and to seek help, lack of trust in the responsible institutions, and the fear of being labelled or judged.

More than half of the women, who have experienced sexual harassment, do not report such cases because they are too ashamed or afraid of stigmatization.