Press Release: High-level event in Skopje spotlights best practices in the region and the latest global trends for gender budgeting

UN Women, in partnership with the Government of the former Yugoslav Republic of Macedonia, joined forces in organizing a regional conference on gender responsive budgeting. 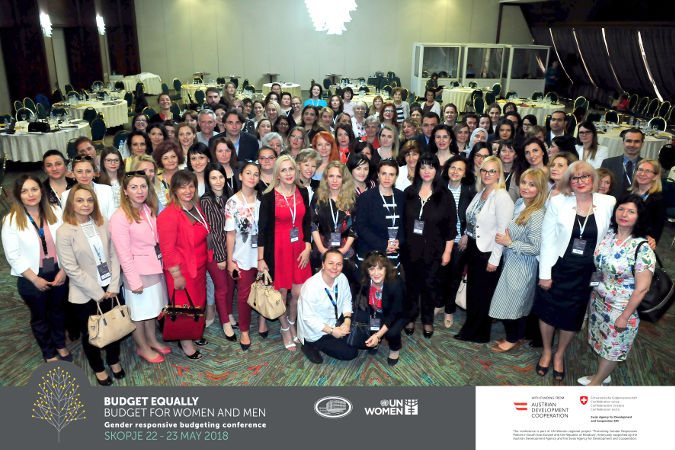 “Gender responsive budgeting is not a struggle between men and women. It is an important step towards the creation of more righteous society,” said Mila Carovska, Minister of Labour and Social Policy. She noted the important role that the Ministry of Labour and Social Policy, with the support of UN Women, had in the implementation of gender budgeting in the past years, as well as the development of the Strategy for the introduction of gender responsive budgeting.

“The state budget is the most important instrument of the Government and the most important document that can contribute for the transformation of the society. It reflects Governmental priorities and it is not a gender neutral. Without proper political determination, no real gender parity in the society can be achieved. That is why we have already made steps in this regard. That is also why for the next year budget already, when it will be prepared, statements on gender components from budget users will be taken into consideration “, said Shiret Elezi, deputy Minister of Finance.

“Gender responsive budgeting has two main goals: equity and efficiency. It is an analysis of the entire budgeting process aimed at translating gender commitments to budget lines”, noted the Ambassador of Switzerland Sybille Suter Tejada.

Michele Ribotta, Deputy Regional Director a.i. for Europe and Central Asia, UN Women, said that “Women constitute approximately half of the population in most countries, but they lag behind men in many aspects of their lives, like health, education, employment and economic opportunities. How Government budgets allocate, spend - and monitor - resources, has the potential to transform these inequalities."

The second day of the conference will be dedicated to best practices of gender responsive budgeting which bring positive change in the lives of women at the local level.

The conference is part of the UN Women regional project “Promoting Gender-Responsive Policies in South East Europe and the Republic of Moldova”, financially supported by the Austrian Development Agency and the Swiss Agency for Development and Cooperation.