In the words of Marai Larasi: “If we are to end violence against women and girls, we need to create seismic shifts across our social norms.”

Marai Larasi is the Executive Director of Imkaan, a black and minority ethnic (BME) women’s organization working to respond to and prevent violence against marginalized women and girls in Europe. Imkaan is now a partner in the EU/UN Women regional programme, ‘Implementing Norms, Changing Minds’, which aims to end violence against women in the Western Balkans and Turkey. Recently, Ms. Larasi has been supporting the preparation of a guidance note on intersectional issues for UN Women. 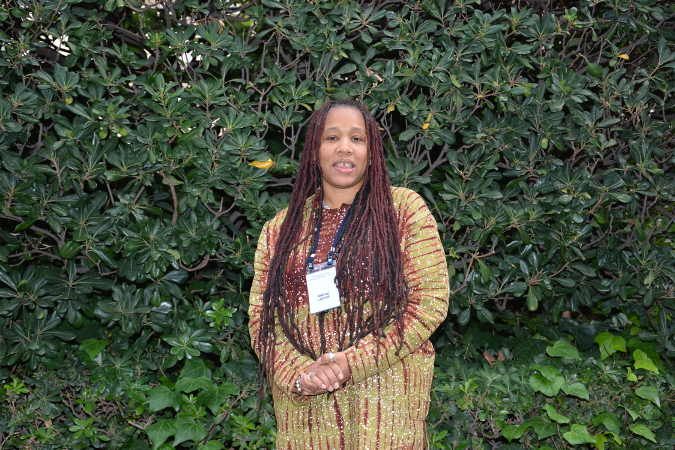 “I have been working on ending violence against women for 23 years. BME women have always been central to my practice. Even before I had the language to describe ‘intersectionality’, I somehow understood that the journeys of BME women and girls were being shaped by exclusion and marginalization in different ways to our counterparts. I joined Imkaan in 2009, and this has provided me with the opportunity to focus my work primarily on BME women and girls. However, even before I joined Imkaan, I worked with colleagues to develop specialist services for BME women – for example, shelter accommodation for refugee women who had experienced violence.

My work has also allowed me to connect with ‘minoritized’ women in many different places. As such, I think of myself as living in the UK but working as part of a global community of BME women and girls, working to end violence against women and girls.

Minoritized women are often spoken about, but we are often prevented (in a number of ways) from speaking for ourselves. Imkaan’s very existence is a challenge to that way of operating. For example, we work with our members to ensure that minoritized women and girls are on the policy agenda in ways that do not further stigmatize and marginalize us. We also work to support the sustainability of critical life-saving services that are led by BME women for BME women.

If we are to end violence against women and girls, and create a truly equal world, we need to start to create seismic shifts across our social norms. This is not just about transforming belief systems and behaviours in terms of gender; it also means addressing other norms – for example, around ethnicity, class and disability – all of which contribute to holding other oppressive systems in place.

It is important to recognize that although much of the world is changing, each country will have its particular areas of strength and its unique challenges. However, we know that issues such as migration, changes in government policy and curtailing the voices of civil society, all have an impact on the ways that women and girls experience violence, their ability to seek support and redress, and the level (or lack) of state accountability. In such circumstances, the work can be harder, become more marginalized and sometimes riskier – while at the same time, even more critical.

Some of the challenges being faced in the Western Balkans and Turkey are also global challenges, including a lack of effective laws, poor implementation, inadequate resources and entrenched discrimination against some groups of women. For example, a lack of harmonization across the legal and policy structures may result in protections for some women, while others – including refugee women, ’minority ethnic’ women or LBTQI women – are left behind.

The regional programme has the potential to contribute to a ‘step change’ at national and regional levels. Creating a space for marginalized women to speak, challenge and influence is an essential part of this.