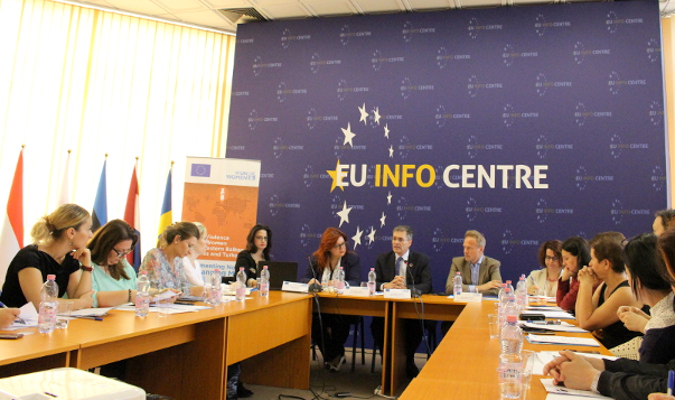 Representatives of UN Women, EU Delegation, Ministry of Social Welfare and Youth and civil society came together for the launch of the Regional Programme to end violence against Women in Albania. Photo: UN Women/Yllka Parllaku

A new three-year project aiming to end gender discrimination and violence against women in Albania kicked off today, in an event that brought together representatives of UN Women, EU Delegation, Ministry of Social Welfare and Youth and civil society.

The project, funded by the European Union, is part of a wider regional programme "Implementing norms, changing minds", implemented by UN Women, and will be focused on the most disadvantaged groups of women. The project will work to reform policies and legislation in line with international standards, strengthen women’s organizations in the country and improve services for women and girls who have experienced discrimination or violence. 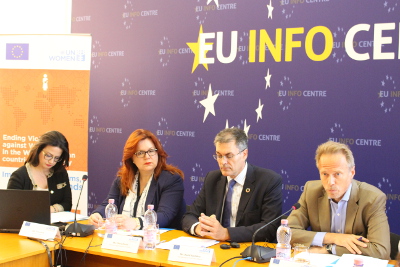 “We need to further build momentum to focus and invest in efforts to promote behavioral change and achieve equality between women and men,” said David Saunders, UN Women Representative in Albania.

Mr. Yngve Engstroem, Head of Cooperation in the EU Delegation to Albania stressed the importance of implementing relevant legislation: "Improving legislation is not enough to improve the situation of gender-based violence in Albania. Implementation in practice of all legal frameworks; access to health, legal systems, education, employment and other services; are crucial to ensure protection and reintegration of victims.”

In Albania, more than half of the women have experienced at least one form of violence during their lifetime. According to the latest publication by the Albanian Institute of Statistics, there has been an increase in the number of women victims who reported domestic violence from 2010 to 2014.

A key element of the programme will be the partnership with women’s organizations in the country to support women in seeking their rights as citizens. It will focus strongly on tackling multiple discriminations where gender aspects are involved and encourage behaviour change among community and institutions.

“UN Women through this project will capitalize on civil society organizations and networks to strengthen women’s voice and build their capacities for the implementation of normative frameworks,” said Mr. Saunders. 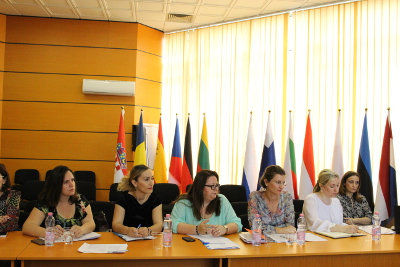 Representatives of civil society in Albania during the presentation of the new regional initiative. Photo: UN Women/Yllka Parllaku

Representatives of Civil Society Organizations welcomed the initiative and emphasized that one of the main concerns in the country is the lack of services for women in rural areas and the absence of local women’s organizations.

“We really appreciate the components of this project to offer services for victims of violence, the national geographical coverage and the improvement of the legal framework,” said Ms. Aurela Bozo from the Center for Legal Civic Initiatives.

The programme will address the recommendations made by international conventions such as the Istanbul Convention and The Convention on the Elimination of all Forms of Discrimination Against Women (CEDAW), and is part of the EU political agenda.

The regional programme will be implemented in Albania, Bosnia and Herzegovina, Kosovo[1], the former Yugoslav Republic of Macedonia, Montenegro, Serbia and Turkey.