Press Release: UN Women and the European Union launch initiative to focus on ending violence against women in Serbia

UN Women and the European Commission have officially launched a three-year initiative on ending violence against women and girls in Serbia in a bid to strengthen women and girl victims of violence and to achieve full implementation of legislative frameworks in line with international standards. 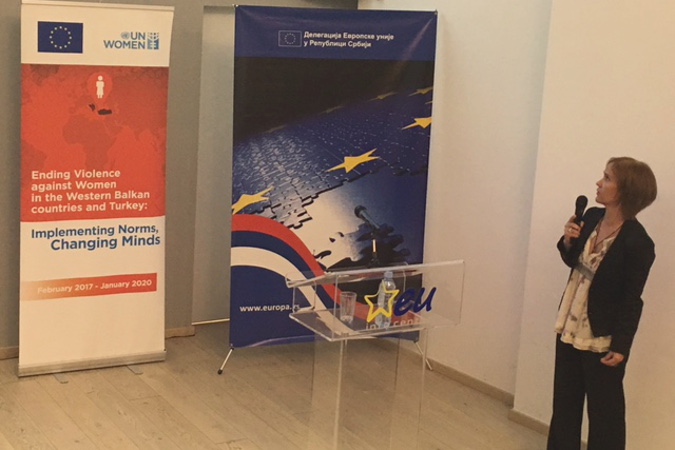 Milana Rikanovic, Head of UN Women in Serbia, explaining the project activities and goals in the next three years. Photo: UN Women/Bojana Barlovac

Inception Workshop on the Serbian component of the UN Women Regional Programme Ending Violence against Women in the Western Balkans and Turkey: Implementing Norms, Changing Minds was officially opened by Nicolas Bizel of the EU Delegation in Serbia at EU Info Center in Belgrade on 29 May. 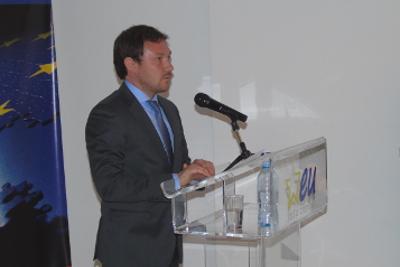 Nicolas Bizel of the EU Delegation in Serbia explaining the three reasons why this programme is important for Serbia. Photo: EU Info Center/Bojan Sarac

Bizel said that the EU started this regional programme with UN Women for three reasons: “One – it brings attention on meeting the obligations set by both the UN legal framework and as well as that of the EU; It allows for regional exchange and cooperation to build on lessons learned and good practice methodologies by involving the Western Balkans as well as Turkey; It will support concrete and practical measures, working with CSOs, to be implemented at grass roots level to address and combat gender discrimination and gender based violence.” 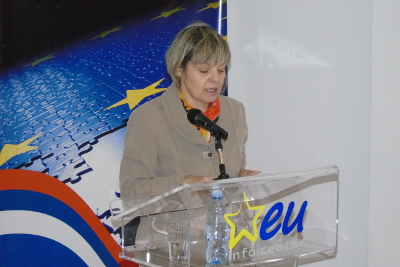 Ljiljana Loncar, advisor on gender equality to the Serbian deputy PM, talking about the legislation which has been adopted in Serbia but has yet to be implemented. Photo: EU Info Center/Bojan Sarac

According to Ljiljana Loncar, Advisor to the President of the Coordination Body for Gender Equality in Serbia, her institution had initiated the adoption of a new National Strategy for Preventing and Combating Violence, and Serbia had already adopted the Law on prevention of domestic violence, which will take into force on 1 June. "We all have to fight against violence against women and girls to stop it as such violence obviously knows no boundaries," said Loncar.

Biljana Brankovic, member of GREVIO Committee, which monitors the implementation of the Council of Europe Convention on Preventing and Combating Violence against Women and Domestic Violence (Istanbul Convention), has presented the main conclusions of the national study on the availability and accessibility of support services in response to violence against women and girls in Serbia. She noted that legislation changes are not enough for effectively tackling violence against women and that it’s necessary to improve the existing support services for victims. 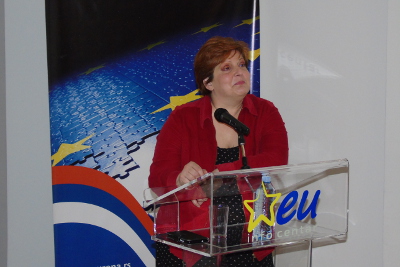 “The most urgent is to introduce a free national SOS line that would be available 24 hours a day, 7 days a week, and to open support centers for victims of sexual violence and provide stable funding for existing specialized women's organizations,” she explained.

Milana Rikanovic, Head of UN Women Office in Serbia, presented the roadmap for the implementation of the regional Programme in Serbia.

She stressed that a precondition of combatting gender-based violence is developing institutional and policy frameworks and stressed that all actors of society have to raise awareness on violence against women and girls. “It is a long way from implementing norms to changing minds, but we can make it with joint efforts and exchange of experience in the region," Rikanovic concluded.

Violence against women and girls is one of the most persistent social issues in Serbia. Statistics show that every second woman in the country has suffered some form of violence. In the past ten years, 330 women in Serbia were killed in gender-based violence.

The aim of this initiative is to promote favorable social norms and attitudes to prevent gender discrimination and violence against women; pursue empowerment of women and girls (including those from disadvantaged groups) who have experienced discrimination or violence to advocate for and use available, accessible, and quality services along with full implementation of legislative framework in line with international standards.