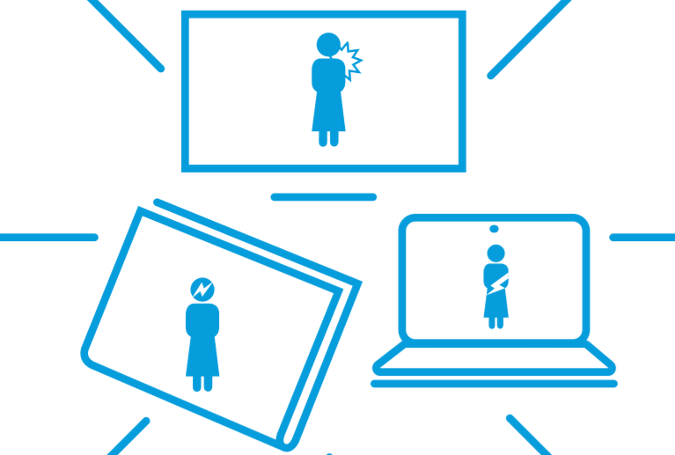 A new study of media in Bosnia and Herzegovina (BiH) urges more responsible reporting on violence against women and domestic violence guided by ethical principles to change public attitudes and prevent violence.

Noting daily media reports on gender-based and domestic violence against women in BiH, the study says that unethical reporting on sensitive cases and insufficient attention to larger societal issues and root causes of violence persist in the news.

Conducted with support from UN Women and funding from the Swedish International Development Agency (Sida), the study urges reporters and editors to address the root causes of violence against women rather than just focussing on individual, brutal cases.

By the age of 15, nearly one in two women in Bosnia and Herzegovina is a victim of some form of gender-based violence, according a research on prevalence of violence against women in the country. Press coverage overwhelmingly focusses on physical and sexual violence with almost no articles on psychological or economic forms of violence.

The study is part of a three-year UN Women programme on Standards and Engagement for Ending Violence against Women and Domestic Violence in Bosnia and Herzegovina. Researchers analysed more than 300 print and web articles on violence against women, and monitored TV content in four specific cases during the first half of 2016. 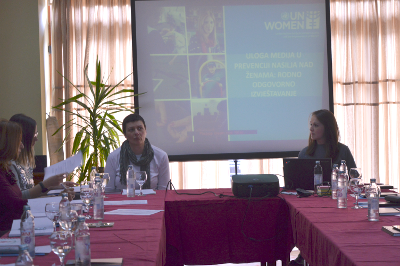 Journalists and activists attend a seminar on good practices when it comes to reporting on gender-based violence and violence against women. Photo: UN Women/Aleksandra Kuljanin

Their research indicates that the media rarely initiated violence against women stories and instead reported on individual cases, using police sources or information from non-governmental organizations. Most of the coverage appeared in the “crime news” section and rarely involved follow-up articles, or longer articles raising public awareness of or trying to change public attitudes towards gender-based violence against women.

The report recommends that journalists put examples of violence against women in the context of a social problem reflecting inequalities between women and men, rather than reporting on them as isolated cases of criminal offenses. It also urges journalists not to portray women as victims and victimizing them even more.

Press coverage did not sufficiently protect privacy and predominantly focussed on perpetrators, followed by experts in the field, and then the individuals who suffered from the violence, according to the study.

“Identities of actors were two times more disclosed than protected,” says the report. “Only in certain cases was the identity of a person subjected to violence ethically protected with a clear emphasis on the sensitivity of the situation.”

The report provides recommendations “on desirable media practices” in covering gender-based violence. It urges media cooperation with relevant institutions to raise awareness of gender-based violence in all its forms: physical, sexual, psychological, and economic, and not only when an incident of violence occurs.

The study suggests that news outlets avoid publishing explicit photos and recordings that can harm persons subjected to violence. Specifically, it calls for reporters to protect the “intimate life of women from unjustified and sensational disclosure in the public and not to publish unverified information, particularly those that can endanger women who suffered from violence.”