In Bosnia, story-tellers prized for their empowering prose

“When you are self-confident, you know that those demeaning you because of your gender are ignorant and then they cannot get to you. If you believe in yourself and you are independent you can deal with such people. It is easier for you to fight for your rights if they are being violated. …”

Inspiring women to be masters of their own destiny, this excerpt of a story by Hana Kazazović, from Zenica, Bosnia and Herzegovina, was chosen as the winner of a UN Women short-story competition, dubbed “Women – yesterday, today and tomorrow.” It was chosen from among 149 submissions, from both women and men aged 16 to 64 years old, from all over the country. The top three were prized.

UN Women’s country office in Sarajevo, Bosnia and Herzegovina, launched the competition ahead of International Women’s Day 2015, to commemorate the 20th anniversary of the Beijing Declaration and Platform for Action. It sought to contribute to the discussion on the rights of women and girls in the country, including education, political participation and position of women in Bosnian society. 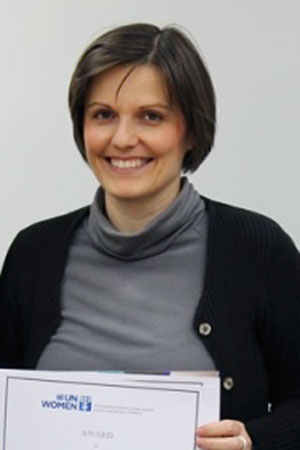 Ms. Kazazović’s short-story, entitled “I am thankful to my grandma and grandpa for the life I am living” retraces the authors’ maternal roots and the gender equality values that have shaped her upbringing as well as the generations preceding her.

“… [There] were no male and female duties around the house. Dad would do the dishes. He still does, bragging that he is faster than a dishwasher. Dad used to sew. We often recall how my brother exclaimed, having seen Rada at the sewing machine, ‘I had no idea women could sew’. […] It’s because I was taught that my sex does not make me less valuable or capable. I never depended on anyone because I was encouraged to complete my education and earn a living. They have taught me that I am the architect of my own fortune and that I do not need a man to be able to live a happy life, and that love should be the only reason for a relationship or marriage. These lessons have been in my family for generations and that is why I learned them easily.”

Ms. Kazazović started her blogging career in 2009, with www.cyberbosanka.me, and now actively connects thousands of people throughout the Balkan region. As a result of her cyber community activity, she now works as a strategic advisor for digital communication at Prima Digital, where she helps clients increase their web and social media presence. 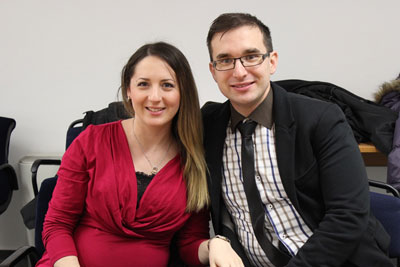 The second runner-up was Haris Hasić, a doctoral student and teaching assistant in law at Travnik University, who is a columnist and father-to-be. In his piece, “My unborn daughter”, Mr. Hasić speaks through a poem of love, asking his future daughter to forgive him for the unjust world he is bringing her into, and to fight for the fairness and gender equality this world deserves.

“Forgive me, my sweetheart, for leaving you with the difficult legacy of the world that sees your gender as a setback, a weakness, a disability, a fault. […] 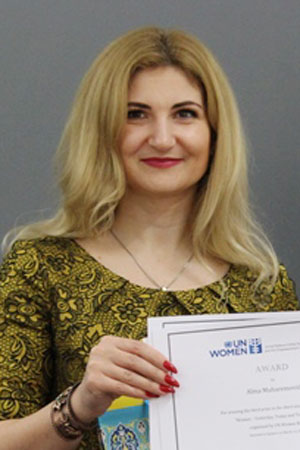 The third-prize awardee was Alma Muharemović, a philosophy graduate from Tuzla, and a Bosnian language and literature teacher. Every day, Ms. Muharemović commutes from Lukavac to Tuzla, a journey she shares with many other women, protagonists of her short-story “Travellers”.

“…And so it goes every day. A sea of stories, a wealth of heroes, known and unknown sailors navigating the uncertain waters of life. Each with a dream, career, family. Each a universe of its own. There are workers, intellectuals, students, pensioners, young and old… They part ways at the station, but they continue a shared struggle for a better life, a better social status, like tiny streams joining into a raging river, watering the soil around it. What kind of world would it be without these strong, dedicated, persistent, emancipated women? I often look at them and I see strength and I feel happy and proud because I am one of them. A fighter, a woman, a mother. The woman of the future.”

The jury, which consisted of people working in the fields of gender, communications and literature, said selecting the winners among so many strong entries was not an easy task. 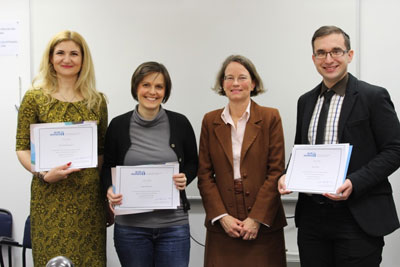 UN Women Representative to Bosnia and Herzegovina, Anne-Marie Esper Larsen praised the winners on 12 March, saying: “I would like to extend my sincere thanks to all the participants for their engagement and contribution to highlighting women’s and girls’ life in Bosnia and Herzegovina through their stories.”

See an infographic on implementation of the Beijing Platform for Action in Bosnia and Herzegovina.

Related News
10/10/2022
Hitting the headlines with better stories on gender-responsive budgeting in the Western Balkans
11/08/2021
Giving young people the tools to overcome stereotypes
18/06/2021
Take Five: “Social norms and ethical systems need to change to improve gender equality”
18/06/2021
In the words of Esther Obi: “I want my children to not even know what racism is”
10/06/2019
Kosovo marks World Press Freedom Day by awarding first-ever prize for the best piece on women’s empowerment and leadership, supported by UN Women
END_OF_DOCUMENT_TOKEN_TO_BE_REPLACED