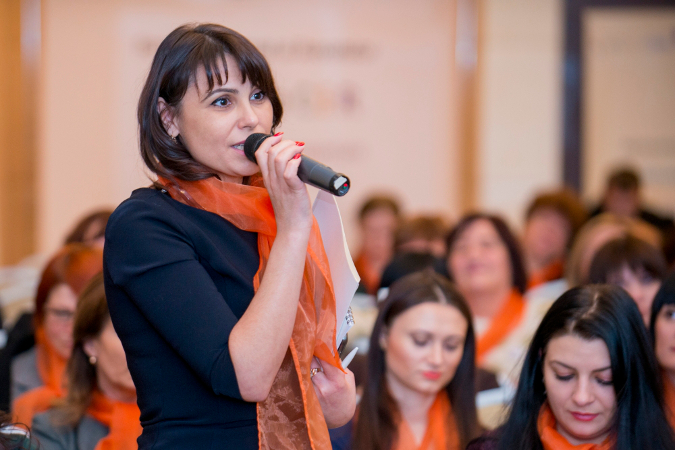 Women’s representation in Moldova’s politics and decision-making is below international benchmarks and does not meet the country’s national and international commitments. Only 22 per cent of Moldova’s members of Parliament are women. In 2015, women held 20.6 per cent of mayoral mandates, and made up 30.04 per cent of local councils and 18.55 per cent of district councils.

Boosting women’s political participation and decision-making is fundamental for democracy and to achieve sustainable development in Moldova.

The joint UN Women-UNDP Women in Politics (WiP) initiative, Enhancing Women’s Political Representation through improved capacity and enhanced support in Moldova, works to increase women’s participation in Moldova politics and decision-making. It promotes increased public awareness of women’s contributions to political leadership and public and business life, and supports the Government of Moldova as it implements its commitments to women’s rights.

Funded by the Government of Sweden, and run by UN Women and UNDP in partnership with the civil society organizations East-Europe Foundation (EEF) and the Centre Partnership for Development (CPD), the Women in Politics initiative:

Highlights from the Joint Women in Politics Programme:

In the words of Nataliia Novitska: “When a woman living with HIV is displaced by war, she needs to maintain access to antiretroviral therapy”
Central Asian countries come together to combat gender-based violence
In the words of Anna Zavertaylo: “I had to come to terms with the idea that I could lose everything…”
3rd Food Systems Talk: “Rural women and girls in sustainable, resilient and inclusive food systems”
First gender bonds issued in Kyrgyzstan
END_OF_DOCUMENT_TOKEN_TO_BE_REPLACED