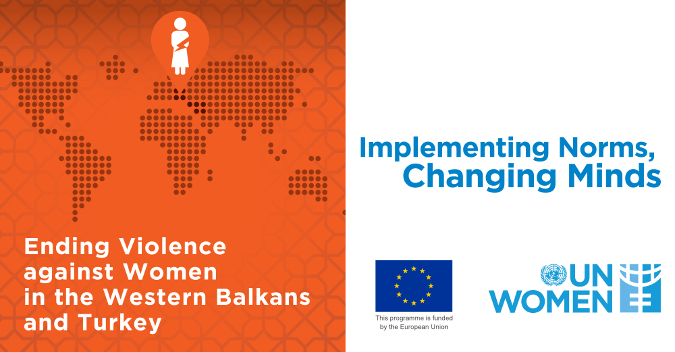 Programme Brief | The Issue | Our Solutions | About the EU

Decades of advocacy efforts led by  women’s civil society organizations across the Western Balkans and Turkey have led to the recognition of violence against women and girls as a manifestation of systematic gender discrimination and inequality, a violation of human rights, and a detriment to development. The adoption of the 2011 Council of Europe Convention on preventing and combating violence against women (also known as the Istanbul Convention) and the agreed conclusions of the fifty-seventh session of the Commission on the Status of Women in 2013, have increased attention given to violence against women in regional and international agendas, and built the momentum for investing in additional efforts to achieve gender equality.

The regional Beijing +20 review for the Western Balkans (Albania, Bosnia and Herzegovina, Kosovo*, North Macedonia, Montenegro, Serbia) and Turkey highlighted areas that require concerted attention: the pervasiveness of multidimensional discrimination, the re-emergence of strong patriarchal structures and unequal power relations between women and men, and the rising prevalence of different forms of violence against women and girls.

UN Women’s preliminary assessment of gender equality and women's empowerment in the Western Balkans and Turkey, conducted at the end of 2014, revealed that strong patriarchal structures, unequal power relations between women and men, and the lack of political will of governments remain major obstacles to the full implementation of legislation despite the adoption of legislation to advance gender equality in all these countries. While Turkey and the Western Balkan countries are at different stages of accession into the European Union, there is an opportunity and a necessity to advance the implementation of norms and standards outlined in European Union laws and policies – also known as the ‘acquis communautaires’.

The regional programme “Implementing Norms, Changing Minds”, Phase II (February 2020 to July 2023) aims at ending gender-based discrimination and violence against women in the Western Balkans (Albania, Bosnia and Herzegovina, Kosovo, North Macedonia, Montenegro, Serbia) and Turkey, with a particular focus on the most disadvantaged groups of women.

The adoption and full implementation of frameworks aligned with international normative standards – including the standards outlined in the Convention on the Elimination of All Forms of Discrimination against Women (CEDAW), the Istanbul Convention and the European Union acquis communautaires – are essential for addressing gender-based discrimination and violence against women. The programme will strengthen women’s organizations capacity to hold governments accountable, advocate for effective implementation, and monitor prevention of and response to violence against women. Beyond the full implementation of legislative frameworks, the programme also addresses structural causes of gender inequality – and one of its most pervasive expressions, violence against women – through a transformation of gender discriminatory stereotypes, perceptions and beliefs. Lastly, protection, prevention and response to violence against women is closely interlinked with the availability of and access to comprehensive, multi-sectoral services for survivors of violence.

Acknowledging the structural inequalities that lie at the intersection of gender and factors such as age, disability, ethnicity and nationality, the programme will place a strong emphasis on tackling multiple discriminations where gender aspects are involved.

The European Union comprises 27 Member States who have decided to gradually link together their know-how, resources and destinies. Together, during a period of enlargement of 50 years, they have built a zone of stability, democracy and sustainable development whilst maintaining cultural diversity, tolerance and individual freedoms.

The European Union is committed to sharing its achievements and its values with countries and peoples beyond its borders.

MediaForShe Congress kicks-off a dialogue on gender equality with the media in Ukraine
UN Women meets with MPs in Turkey to strengthen policymaking at the central level to achieve gender equality
Onwards and upwards for gender equality in conflict-affected eastern Ukraine
Turkish Women Olympians Make History
Op-ed: What does energy poverty mean for women?
END_OF_DOCUMENT_TOKEN_TO_BE_REPLACED 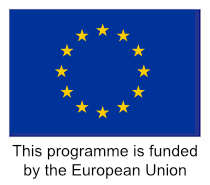