This is what leadership looks like: Oksana Kryvulska makes local communities in eastern Ukraine inclusive for everyone 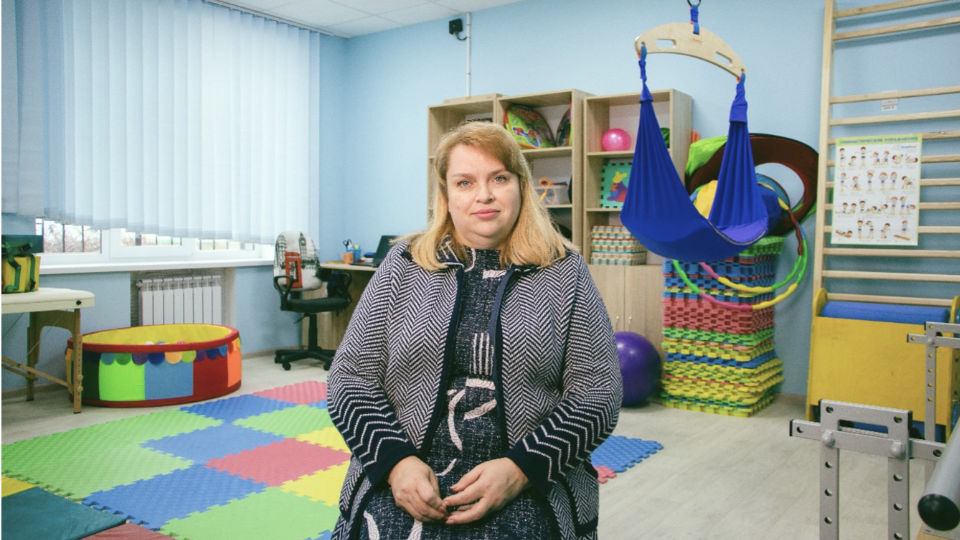 Facing the impossible choice of either having to leave her daughter in a specialized facility far from home or raising her at home without specialized treatment, 43-year-old Oksana Kryvulska decided not to choose between two evils. Instead, she opened an educational centre for children with disabilities in her village.

“I couldn’t have my peace choosing between two evils. I didn’t want to sit idly and just accept what was there for me if none of that was good. I wanted something better for myself, my daughter and other children like her. We can always do better for ourselves. We are so much stronger than we think we are.”

Oksana Kryvulska has lived in Bilenke, eastern Ukraine, her entire life. She is a professional junior schoolteacher, wife and mother of two. Her 20-year-old son is a law student, her 18-year-old daughter, Sasha, has just started university. Her daughter was born with a congenital disability, and although doctors considered her condition untreatable, she now lives a successful and happy life, all thanks to her mother.

Becoming a specialist herself

When Sasha needed professional speech therapy, no such specialized services could be found in their tiny village. The medical commission required her to live in a residential care facility, which meant living far from home, away from her family. To help and keep her daughter at home, Kryvulska decided to become a professional speech development paediatrician.

Sasha, who is now studying at university to become an occupational therapist, is top of her class. Thanks to her mother’s efforts, she feels fulfilled and inspired, despite her disability.

“I want to make our space inclusive for everyone so that they are not pitied but are involved in the community and can live a full life like my daughter does now,” says Kryvulska.

Kryvulska later appealed to the local council in 2019 to support her project to establish an inclusive resource centre for children with disabilities, which would also educate their parents and equip them with special early childhood development skills.

I wanted something better for myself, my daughter and other children like her. We can always do better for ourselves. We are so much stronger than we think we are. 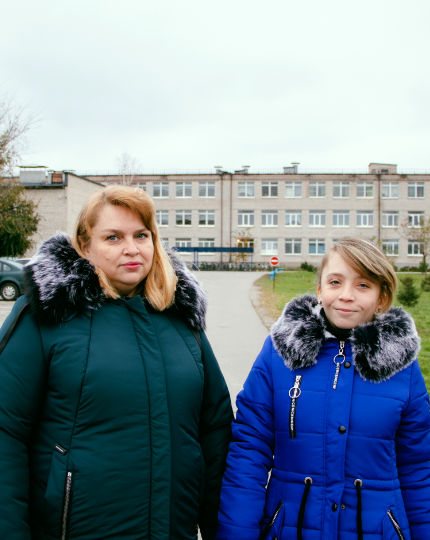 In 2019, Kryvulska joined a women’s self-help group established as part of the UN Women’s Community Mobilization for Empowerment (CME) initiative. Thanks to her participation in UN Women’s trainings – on human-rights-based and gender-responsive community profiling, planning and budgeting – Kryvulska and other women have gained new skills to engage in dialogue with local authorities and advocate for the inclusion of their needs into local programmes and budgets.

As a result of the advocacy of local women from the self-help groups, the local authorities included gender-sensitive issues in Bilenke’s development strategy. They also assigned UAH 1,3 million (USD 54,000) in the local budget to support the work of Kryvulska’s inclusive resource centre, where 30 children with disabilities from the village receive professional support.

“Now we try to engage as many kids as possible and develop the curriculum to cover all nearby communities. We also aim to help mothers from vulnerable groups to claim the rights and services they and their children are entitled to,” says Kryvulska.

Related News
18/02/2021
In the words of Olga Tsyba: “Women have more power than ever before”
04/05/2022
Ukraine: New UN Women and CARE report highlights disproportionate impact of the war on women and minorities
08/06/2021
In the words of Sofia Maksymenko: “Women in decision-making positions bring their unique knowledge and experiences to the local development processes”
19/05/2021
In the words of Jelena Brankov-Čerevicki: “In our region, we saw how success begets success”
30/03/2021
This is what leadership looks like: Alina Mykhailova breaks stereotypes about women in the military and in politics in Ukraine
END_OF_DOCUMENT_TOKEN_TO_BE_REPLACED