Maria Kolesnikova: An activist from Kyrgyzstan leading the eco-movement and spreading green values

Maria Kolesnikova, 32, is the director of MoveGreen, a youth environmental movement in the Kyrgyz Republic. Together with her colleagues, she promotes environmental awareness across the country and advocates for more and bolder environmental-friendly policies. During COVID-19, she has taken her activism online, and for Earth Day, a social media campaign is challenging people to take seven actions for the environment while they stay at home. 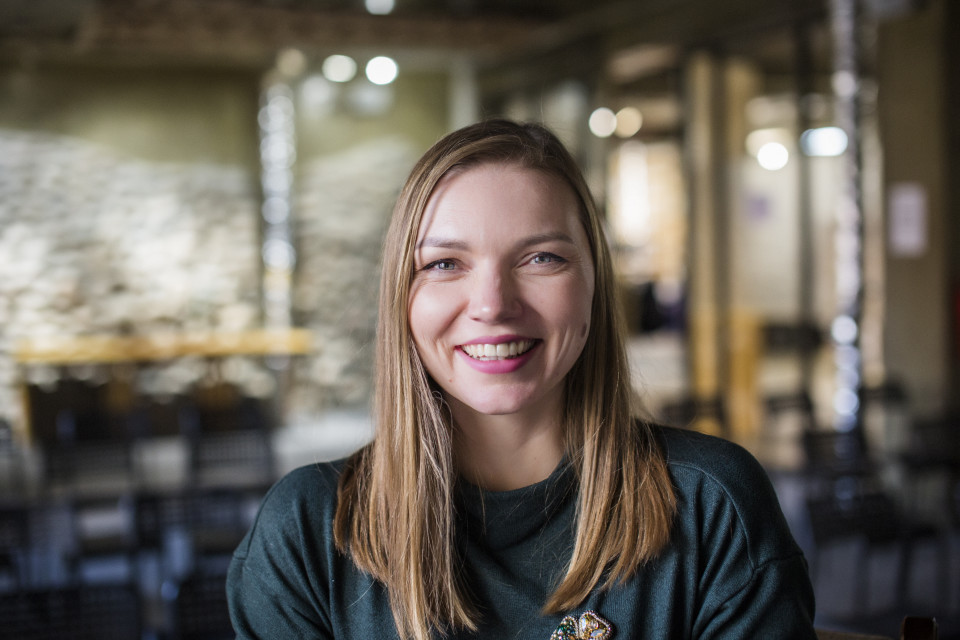 Maria Kolesnikova is an eco activist and the director of MoveGreen, a youth environmental movement from Kyrgyzstan. Credit: UN Women/ Samat Barataliev

Kyrgyzstan´s capital, Bishkek, is among the cities with the worst air pollution, particularly when winter starts and people burn coal, trash and tyres to heat their homes. Despite the growing threat to people’s health, neither national leadership nor people are taking adequate actions to address this worrying issue.

Five years ago, Maria Kolesnikova never imagined that she would be involved in the green movement. But meeting Katherine Hall, a young professional from Australia specializing in climate change, changed the course of her life.

Today, as the director of Kyrgyz MoveGreen movement, Maria, like others, is adapting her activism online, during the COVID-19 pandemic.

What has changed, we asked her.

A lot, and not much, she explained.

The quarantine and lockdown measures have shown that, “a lot can be done without leaving home, using online tools for conducting meetings, negotiations, conferences, workshops and training. We [used to] bring experts for events and it was expensive. The quarantine has shown us that we can adapt.” She points to how the virus has compelled us to change our consumption habits, and carbon dioxide emissions are down with reduced air travel.

But Maria cautions against complacency about climate crisis during COVID-19 outbreak. “As part of our work, we monitor the air quality in Bishkek, and sadly nothing has changed. Most people think that 80 per cent of the pollution in our city is because of cars. But the quarantine showed us that’s not the case, otherwise the situation would have changed. Even though there are almost no cars in the city for the time being, the [air quality compared between March 2019 and 2020] stayed the same. March 2020 was relatively cold and people were heating their homes.”

Kyrgyz MoveGreen, in collaboration with other environmental organizations have launched a 7-day social media challenge for Earth Day. “Seven simple habits that each of us can achieve at home that will benefit the environment,” explains Maria.

“For example, during quarantine you can look at your garbage and see how much [waste] you’ve produced in a day and think about how to consume more responsibly… or you can choose to go without consuming meat one day every week. During quarantine we have started to shop less often… now you can use less plastic, take an eco bag with you.” With the online campaign, Maria hopes people can grow new environmentally friendly habits that overlast the quarantine period.

How she became a climate activist 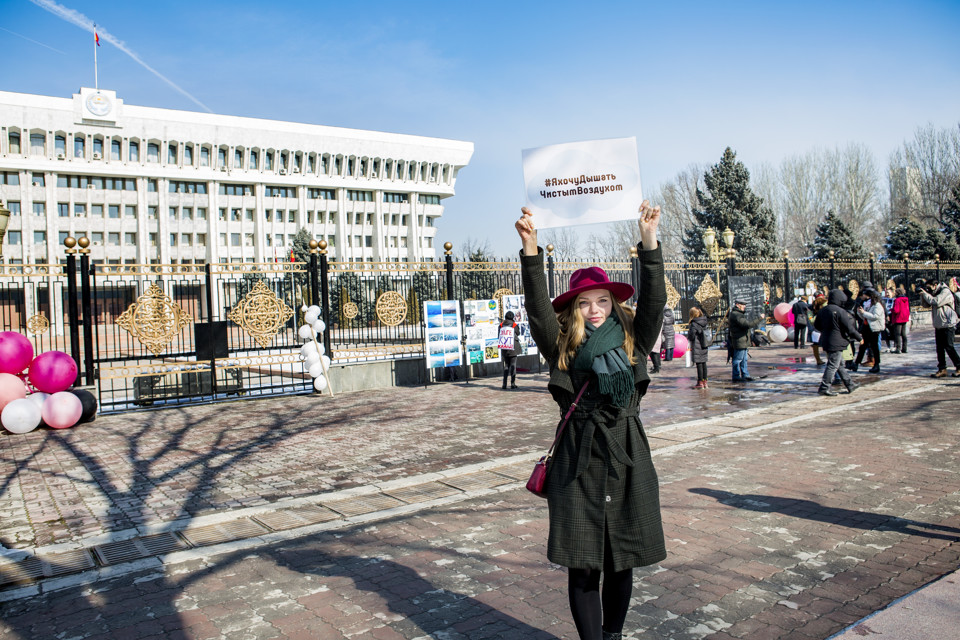 Maria Kolesnikova and her message “I want to breath clean air” in front of the Kyrgyz Parliament. Credit: UN Women/ Samat Barataliev

“It was 2015. Katherine came to organize the MoveGreen movement in Bishkek with a focus on climate change and environmental education. We became friends, even though at the time I didn´t share Katherine’s ideals. During one of her visits, we went shopping to the market. I watched how she kept refusing plastic bags,” Maria recalls. She remembers that day vividly as Katherine explained to her the harm caused by the overuse of plastic and the need for more responsible management of the country's natural resources. The Australian activist also spoke of how every single person had the power to make a difference.

Her new friend’s words inspired Maria to become a volunteer. “I began to help MoveGreen and write posts on Facebook. It was difficult at first, because I didn’t [fully] understandclimate change issues or natural disasters. I spent a lot of time studying,” she says.

Two years later, armed with confidence and knowledge on environmental issues, Maria took on her first project. Together with the Ministry of Emergency Situations of Kyrgyzstan, she worked in rural areas to raise people’s awareness on what to do in case of an emergency and how to reduce the risks posed by natural disasters. The project’s success led her to become the director of the Kyrgyz MoveGreen movement.

Under Maria’s leadership, MoveGreen launched the Aba.kg mobile application, which informs Bishkek residents about the quality of their air. The application has been downloaded by over 3000 people.

MoveGreen’s much needed work is timely. Across the country, awareness about the need to act on environmental issues, especially pollution, is spreading rapidly and having a ripple effect. This year, for example, an environmental activist is set to open a school for climate leaders. Meanwhile, the first climate forum in 2019 brought together 400 participants, many of them young people looking for new tools and knowledge, explains Maria.

The measurements carried out by MoveGreen across the country show that the main source of air contamination by fine particulate matter (PM 2.5) – an air pollutant dangerous to human health - is the coal, plastic and other trash burnt by households often living below the poverty line.

Another common and extremely hazardous practice the organization has spotlighted is the burning of tyres to produce fuel to heat private baths. “Very often, these baths are located near schools forcing children to breathe poisoned air. This is a real disaster that too often goes unchecked by the authorities,” says Maria.

The Central Heating and Power Plant and a dump in Bishkek are also polluting the air.

As more people are staying home during COVID-10 quarantine, their energy consumption is unlikely to go down, and hence the need for continued education and awareness even during the pandemic.

Working with children and their parents to look after the environment

Through their flagship educational initiative, known as the “School Breathes Easily” project, MoveGreen has spearheaded efforts to engage school children to take care of the environment. Through lectures and laboratory experiments facilitated by volunteers and activists, the initiative has mobilized children in the capital.

“It was interesting to see how children with zero knowledge about plants, biodiversity, air or climate became so knowledgeable in just six months. They learned about the sources of air pollution and about the different ways to solve the problem. If tomorrow these children become leaders of our country, we will no longer need to worry about the future,” hopes Maria.

If children [informed about climate change] become leaders of our country, we will no longer need to worry about the future.”

As part of this project, MoveGreen installed sensors in schools to measure air quality and to help teachers and children assess whether they should or shouldn’t open the windows for ventilation. With this information available, many private schools in Bishkek could send warnings to parents about air pollution levels and the measures they could take to prevent children from being exposed.

This information has been especially valuable for women. Maria believes they play a critical role in protecting the environment. “Women are more involved with their children and their health based on daily information they have to analyse. Therefore, women are more proactive,” Maria notes.

With determination, Maria’s work is set to continue 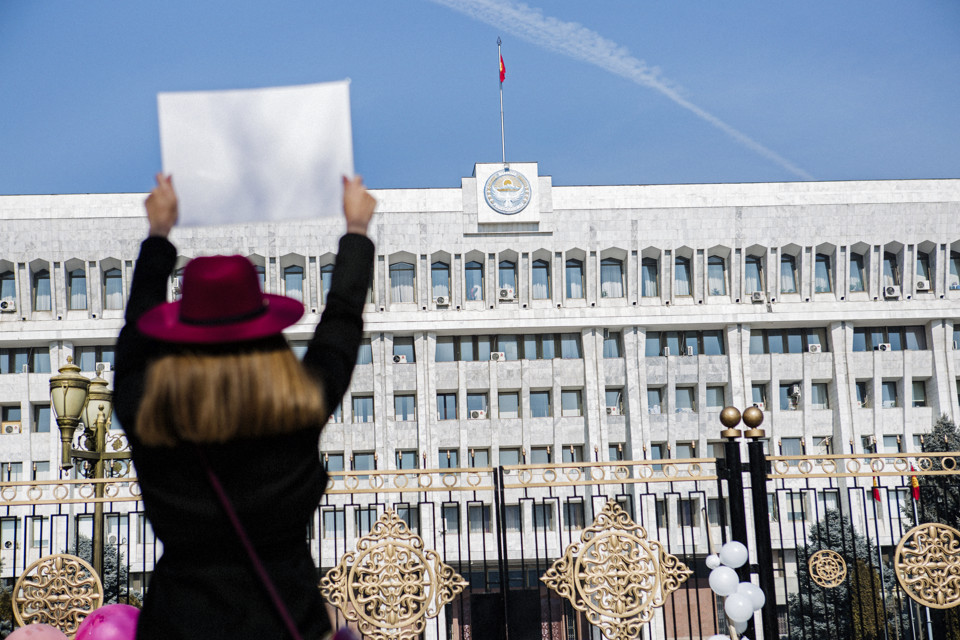 Maria’s activism and commitment to lasting change has often faced resistance. “I am too active, I ask too many hard questions about climate policy and climate financing, which can make people uncomfortable and even trigger actions against me,” she says. But Maria and her colleagues aren’t ready to give up their work.

I am too active, I ask too many hard questions about climate policy and climate financing, which can make people uncomfortable.” 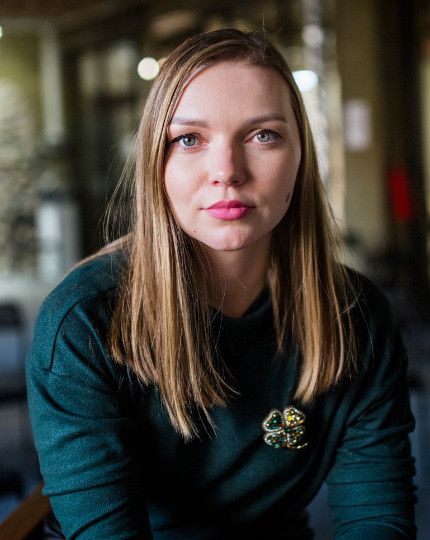 MoveGreen’s immediate plans include lobbying for lawsthat will regulate the need to inform the public about the results of air quality measurements. So far, the air quality index has not been adopted at the legislative level.“We will have to do a lot of advocacy work,”Maria says. In addition, the movement will continue to promote the development of alternative energy sources in Kyrgyzstan and responsible consumption by the population.

Related News
01/06/2020
Women confront pandemic-related violence against women across Europe and Central Asia
03/11/2020
Small grants help women in Turkey survive violence and heal its wounds
13/08/2020
In Kyrgyzstan, pandemic-related domestic violence increases vulnerabilities
21/07/2020
Gender assessments in Europe and Central Asia reveal pandemic’s devastating impact on women
16/06/2020
From where I stand: “Involved fatherhood helped us to get through the lockdown”
END_OF_DOCUMENT_TOKEN_TO_BE_REPLACED