Since the onset of the COVID-19 pandemic, more women (35 percent) than men (23 percent) have been working from home. This has significantly increased their time spent on unpaid domestic activities and care for children, a recent UN Women assessment reveals. 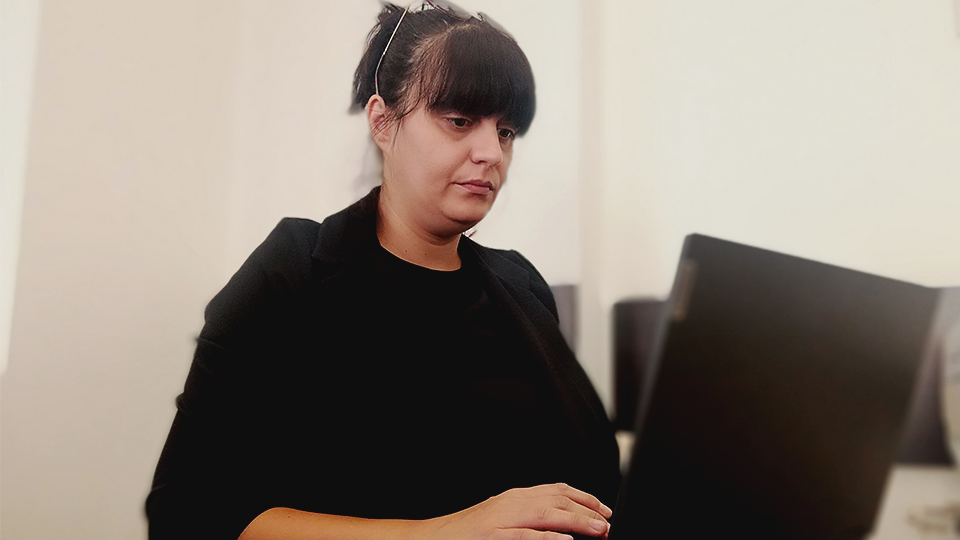 “My daily rhythm completely changed. I was unable to find my pace, especially during the first two to three months. I lost my morning habits, work atmosphere and afternoon responsibilities. Day and night I spent hours in front of the computer, yet nothing was completely done or finished,” says Ivana Mitrovska, who works in the private sector, and is a mother of a 4-year-old daughter and adds, “I lacked good organization and very often I had mood swings.”

Managing multiple tasks effectively has proved critical during the COVID-19 crisis. This is especially true for women like Mitrovska who’ve continued doing their regular jobs from home while caring for their children.

“Having a child at home and working from home at the same time, is a big challenge. There is no way to carry out both responsibilities perfectly at the same time unless there is help from the father or grandparents. Parents who can work from home and have children at home face great difficulties since they have additional responsibilities with the online education of their children,” says Mitrovska who misses the kindergarten her child used to attend.

The COVID-19 crisis is not gender-neutral

UN Women Rapid Gender Assessment: The impact of COVID-19 on women and men in North Macedonia shows that 21 percent of women compared to 15 percent of men felt a negative impact on their mental health and increased stress and anxiety as a result of the crisis. Furthermore, the study finds that one in three women have found it difficult to cover basic living expenses such as food, hygiene products, the rent and utility bills.

“The negative impacts on women in terms of unpaid work are very similar to the previous crises caused by the global economic and financial shocks,” explains Marija Basevska, President of the organization Reactor – Research in Action and author of the gender assessment.

According to Basevska, what all these crises have in common is that women carry almost the full burden of the increased ‘invisible’ and unpaid domestic work and care for the children and their education. Thus, in a crisis such as COVID-19, women tend to compensate for the lack of basic public services related to care, education and health. “The scope of all work activities (paid and unpaid) is seriously large and can cause women to leave their jobs. In addition, it causes labour market discrimination, where employers often dismiss pregnant women or women with children, precisely because of care-related responsibilities. This seriously affects all aspects of women's lives. It hampers women’s opportunities to commit to paid work and gain financial security, education, maintenance and care for their own health. It also places obstacles to the possibility for political activity and presence in public life,” says Basevska.

Women living in rural areas are the most vulnerable

“The Assessment conducted by UN Women showed that during the pandemic women, especially in rural areas, saw an increase in the burden of unpaid care work while paid work decreased and incomes were lost. This highlights the instrumental role of gender-responsive budgeting in devising policy measures that address increased unpaid care work issues exacerbated by COVID-19,” says Ivona Paunovich-Bishevac, UN Women Programme Analyst.

More urban than rural respondents reported an increase in time spent cooking, cleaning, managing the household, and caring for and educating children. Respondents in rural areas reported more time spent carrying water and firewood as well as assisting and caring for the elderly, people with health problems or persons with disabilities. These findings reflect the differences that exist between urban and rural areas in accessing social infrastructure and the heavy burden that women in rural areas face.

Basevska says this situation comes from decades of poor investment in the care economy. She also flags the prevailing traditional gender norms by which men are paid for the work while women are left with the ‘redistributed’ unpaid work, including responsibilities for education and care of the children, elderly family members or persons with disabilities as well as all the house chores.

Gender-responsive budgeting is a key approach to create policies and budgets at the national and local level. This approach has proved very important in times of crisis. This tool enables planning, programming and budgeting that takes into account the different needs of women and men, contributes to the development of gender-responsive policies and public services that improve the lives of women and men, also promoting gender equality.

“With the onset of the pandemic, there were several positive examples of gender-responsive budgeting at the local level that enabled rapid reprogramming of local budgets as presented in the UN Women mapping of the impact of COVID-19 on the socio-economic situation of women at the local level. Some of the municipalities provided direct assistance with food packages and hygiene products for single mothers, women survivors of violence, women who lost their jobs or are part of the informal economy,” says Basevska.

Some of the municipalities reported an increase in budget support for the protection and support of women survivors of violence, which proved to be particularly significant with the onset of the pandemic. This shows that it is very important to apply gender-responsive budgeting consistently at the national and local level when developing crisis measures and allocating budget funds to reduce potential gender inequalities as a result of the pandemic.