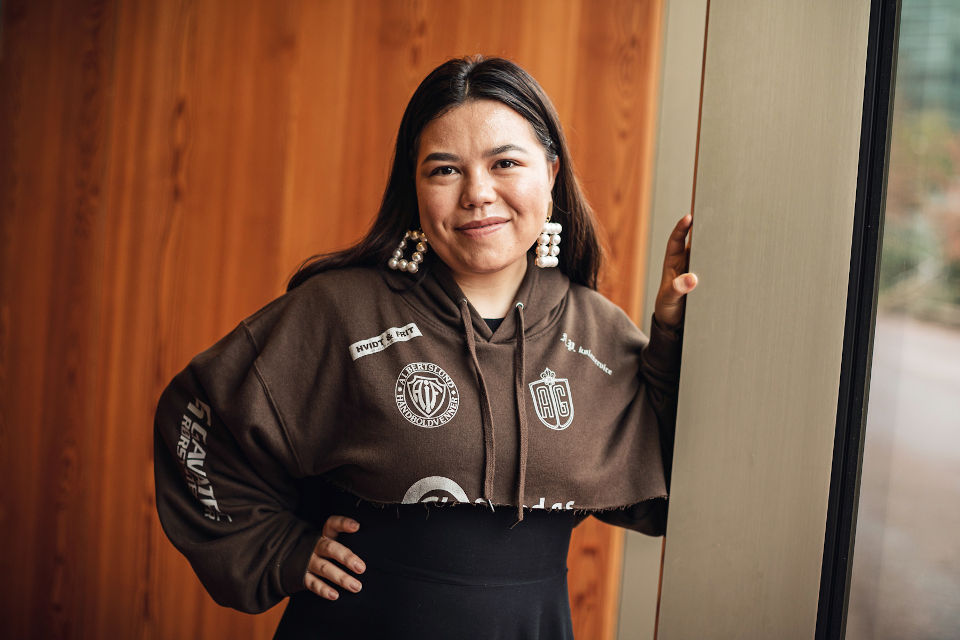 Art is a good way to bring change, to challenge the way people think and to challenge mindsets. If you want issues to be solved in society, you need popular discussions around it. I started with feminism. For me, the arts are the best way to express my concerns about feminism and women’s rights.

Three things you can do to be part of Generation Equality:

When I raised the issue of feminism in my songs, there was a huge backlash

Being a woman in Kyrgyzstan means to live with the constant fear that someone can rape you, someone can stalk or kidnap you to make you his bride. Maybe it is a very strange thing to say nowadays, but this is still happening in my country. And this says a lot.

“My songs are about freedom, which is for everyone, for both women and men.”

When I first raised the issues of feminism and women’s rights in my songs, there was a huge backlash, because society is super patriarchal. I got a lot of threats, hate speech, harassment. I even got death threats. But what I didn’t expect was support. I received a lot of support.

People from different backgrounds, women and men, supported me unconditionally. I couldn’t believe this. I was singing in Kyrgyz, and I never thought that my songs would be so popular in the neighbouring countries as well.

My message to younger activists is to find new ways to fight for gender equality. And I would have a message to the artists as well – to always remember the influence they might have through their work. And they can use this influence to do the right things for people.

The fight for equality is not just about women, for women. The patriarchy creates issues for everyone. In the fight for gender equality, it is important to leave no one behind. It is more powerful when you present it as a fight for the benefit of everyone.

This is why it is an honour for me to perform for women’s rights and to present my case. I know that sharing is caring, and, in this fight, it is always about sharing.

To me it is really important to draw people’s attention to the issues that are happening in Kyrgyzstan and Central Asia. Central Asia is not only a landscape. It is also about people; it is about stories and it’s about what’s happening there.

Twenty-year-old singer, Zere Asylbek, is from Bishkek, Kyrgyzstan, and in 2018 she released her first Kyrgyz-language song `Kyz` (‘Girl’). The song created a huge backlash in the country, as it called on Kyrgyz society to respect women and their choices. She also performed during the Civil Society Forum, which took place ahead of the Beijing+25 Regional Review Meeting for the UN Economic Commission for Europe (UNECE) region in Geneva. Currently, she lives in Rome and studies Performing Arts.

Related News
04/03/2020
Mrika Nikҫi: The world’s youngest woman to climb the seven highest peaks in seven continents
06/12/2019
I am Generation Equality: Sophie Beria, sexual and reproductive health and rights activist
29/06/2021
Take Five: “What we read to children today shapes their actions tomorrow”
10/12/2020
Ana Šaćipović: Building a bridge between two worlds
09/10/2020
Adalet Budak Akbaş: Changing the rules so that women and girls in Turkey can thrive with an education
END_OF_DOCUMENT_TOKEN_TO_BE_REPLACED