Take five: “If fathers are more aware of gender inequality, they are less prone to discriminate between boys and girls” 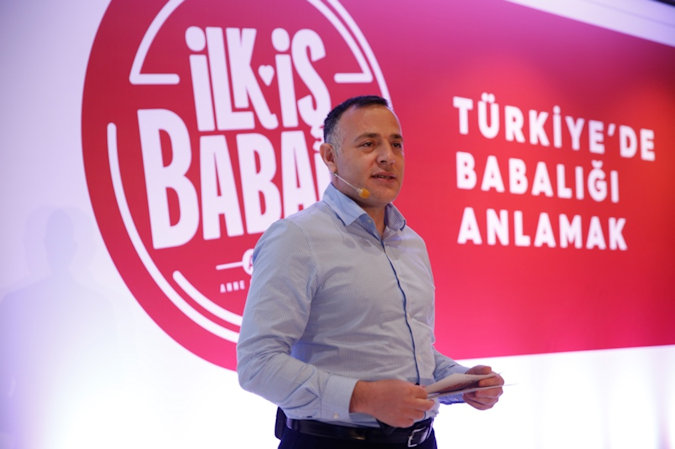 Hasan Deniz is Fatherhood Programs Director for Mother Child Education Foundation (AÇEV), a civil society organization in Turkey that designs and conducts educational programmes for children, parents, and young women in need across the country. AÇEV is currently implementing a project on innovative strategies that promote favourable attitudes and behaviours towards gender equality and ending violence against women under the framework of the EU-UN Women regional programme on ending violence against women in the Western Balkans and Turkey, “Implementing Norms, Changing Minds,” funded by the European Union.

AÇEV is known for its fatherhood support programme in Turkey. What are the main pillars of this programme?

AÇEV’s flagship Father Support Program (FSP) is a community group-based, 10-13 week parenting program for fathers from disadvantaged backgrounds with children aged 3 to 11. It is an adult education program developed by AÇEV in 1996 and is updated based on research and societal needs. Its main goal is to enable fathers to assume more responsibility and a more active role in child development. The program is implemented with groups of 15-20 fathers for a minimum of 10 weeks and a total of 25 hours, and 2 sessions are held with mothers. The sessions are held using various methods that involve group discussions, small group activities, games, role-playing, story-telling, and case studies.

Engaging men as fathers in children’s most formative years aims to support men in fostering democratic parenting and gender sensitive practices in their families. Programme evaluations have shown that fathers who participated in the FSP assumed more responsibility in child care, built more democratic relationships with all members of the family, and supported their children’s development. The program has not only created a positive impact on fathers’ relationship with their children, but also with their female partners.

Why is it relevant to work with fathers to promote gender equality and zero tolerance to violence against women and girls?

By using fatherhood as an entry point for the gradual transformation in gender roles in the home, I believe we can engage communities of men in gender equality and influence key stakeholders and the society at large. Our most recent programme evaluations found that 43% of the fathers reported increases in awareness of responsibility in child development and household duties, children’s needs, empathy and non-violent communication methods; and 35% reported increased awareness of gender equality and gender-based violence. These studies also found that fathers tend to abandon harsh discipline and aggressive behaviors upon learning more democratic and empathic ways of communicating with family members or disciplining their child. With an increased awareness of their role in their children’s development, fathers have often reported improved relationships with their spouses, as well as a greater sense of well-being, as a result of assuming more responsibility in the home.

Based on your experience, what are the main challenges when working on changing fathers’ minds?

There are many challenges to tackle when working on changing father’s minds. I strongly believe that social change often requires change at multiple levels, and the most successful changes are those that are borne at the grassroots level. For instance, fathers who graduated from the AÇEV’s Father Support Program wanted to sustain the group as well as spread their learnings to their community and began to self-organize into local support and advocacy groups over 11 cities. These father groups have tackled such issues as gender-based violence and domestic work.

When we aimed to focus on the concept of involved fatherhood, in order to identify existing fatherhood profiles and challenges in Turkey, we conducted a nation-wide research study. The findings of the study unsurprisingly coincided with what we have been experiencing in our work with fathers: 91% of fathers believed childcare was primarily the mother’s responsibility, fathers’ working hours made it difficult for them to spend quality time with their children, and the time they spent with their children did not necessarily support their development.

Another important factor that plays into fatherhood behaviors is a sexist attitude towards women. Men who did not believe in gender equality also did not participate in children’s physical care. Another interesting finding by the study was that 58% of the fathers “felt like they did not know what to do when they first became fathers.” Fathers said they needed the most help regarding their children’s cognitive development.

What inspired you to work with fathers on reducing harmful gender stereotypes and violence against women?

There was a pressing social need in Turkey to challenge prescribed gender norms, especially those practiced in the home, and increase men’s awareness of their responsibilities both in fatherhood and in the achievement of gender equality.  Our strategy was to focus on the role of fathers as the most accessible intervention point for engaging men in women’s empowerment through a gender equitable parenting program specifically designed for men.

Engaging men is considered to be an effective approach for promoting gender equality and ending violence against women, yet there are not many initiatives of this type. How do you think this type of initiative can be promoted?

I think that there are significant number of initiatives that work on similar issues but have limited impact in the field. Through two decades of working with fathers, we have learned the value in involving as many stakeholders as possible. In the past, we focused primarily on public institutions, NGOs, and universities – with businesses only approached for funding. Today, for instance, we aim to better inform the private sector about changes they can make in their workplace and business practices to promote involved fatherhood. This is a win-win situation for fathers, women, families, and employers, as flexible working arrangements, for example, improve the physical and mental health of employees, increase their commitment to their employer, and improve their motivation and performance, in addition to enabling them to be more involved parents.

Related News
19/09/2022
UN Women and the Ministry of Interior of Türkiye join forces to combat violence against women and girls
21/04/2022
In the Words of Ayşegül Küçükafacan: “Thanks to the small grant by UN Women, I am stronger in combatting violence and abuse”
04/03/2022
UN Women and the Ministry of Justice take concrete steps to advance women’s access to justice in Turkey
28/12/2021
Non-Violence Summit and Creating a Violence-free World exhibition held give visibility to gender-based violence in Gaziantep, Turkey
15/12/2021
European Union and UN Women join forces to provide financial and technical support to 22 civil society organizations
END_OF_DOCUMENT_TOKEN_TO_BE_REPLACED