1,000 Syrian and Turkish women will benefit from social and economic support in southeastern Turkey 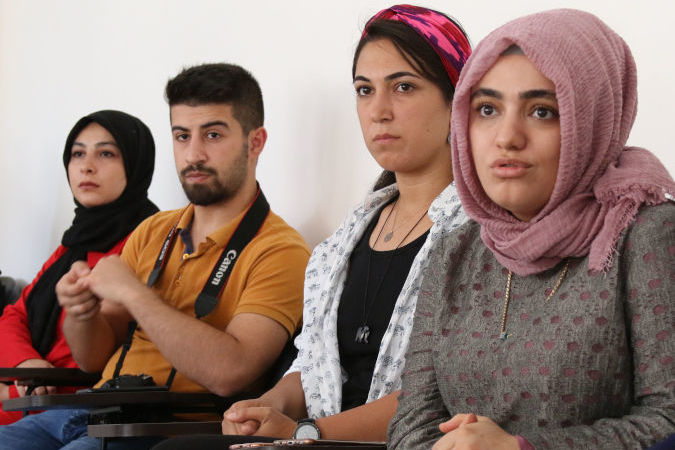 The project, funded by the Government of Japan, will offer psycho-social support, counseling, outreach and referral services as well as vocational training including coding, computer literacy, and programming lessons. Turkish language clubs will be organized to promote social cohesion and dialogues between locals and Syrian women and girls under temporary protection.

Speaking at the kickoff event, Asya Varbanova, UN Women Turkey Country Office Director stated: “Inclusion of women and girls in decision-making processes, fully taking into account of their needs within humanitarian action and refugee response as well as their economic empowerment plays a key role in achieving Sustainable Development Goals.”

Şanlıurfa is home to more than 428,000 Syrians under temporary protection, with almost half of them estimated to be women, according to the Directorate General of Migration Management. 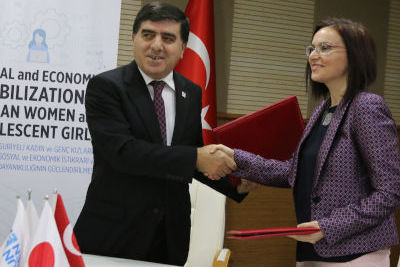 During the launch ceremony, UN Women and GAP Administration signed a memorandum of understanding covering the $337,000 project, aiming at “Strengthening the Social and Economic Stabilization and Resilience of Syrian Women and Girls Under Temporary Protection,” which will run for nine months. The implementation will be supported by the Association for Solidarity with Asylum Seekers and Migrants (ASAM).

Sadrettin Karahocagil, President of the GAP Administration stated that nearly 1.5 million Syrians are living in the region and 75 percent of this number is made of women and children.

Karahocagil said that GAP Administration has years of experience in social development, especially in the women’s empowerment area. “We share our expertise through the cooperation we make with both national and international institutions within refugee response. Today, I believe that the signed memorandum of understanding with UN Women will touch lives of Syrian and Turkish women and provide significant support to their empowerment. I hope that our cooperation with UN Women remains strong and further expands within the refugee response,” pointed out Sadrettin Karahocagil.

Varbanova emphasized that “the memorandum of understanding which we signed today with the Southeastern Anatolia Project Regional Development Administration is a start of a long-standing partnership.”

“Within this project, three institutions with their strength and capacity in their own fields have come together, which makes our work very comprehensive and enables us to provide enriched and diverse support in refugee response. We hope this will bring about fruitful results,” said Kadir Beyaztaş Deputy Coordinator of ASAM.

In addition to the project partners, the meeting gathered Şanlıurfa Metropolitan Municipality, Ministry of Family, Labour and Social Services, and Ministry of Interior Directorate General of Migration Management. The meeting was followed by a visit to one of the GAP Administration’s youth centers, where the project will be implemented.