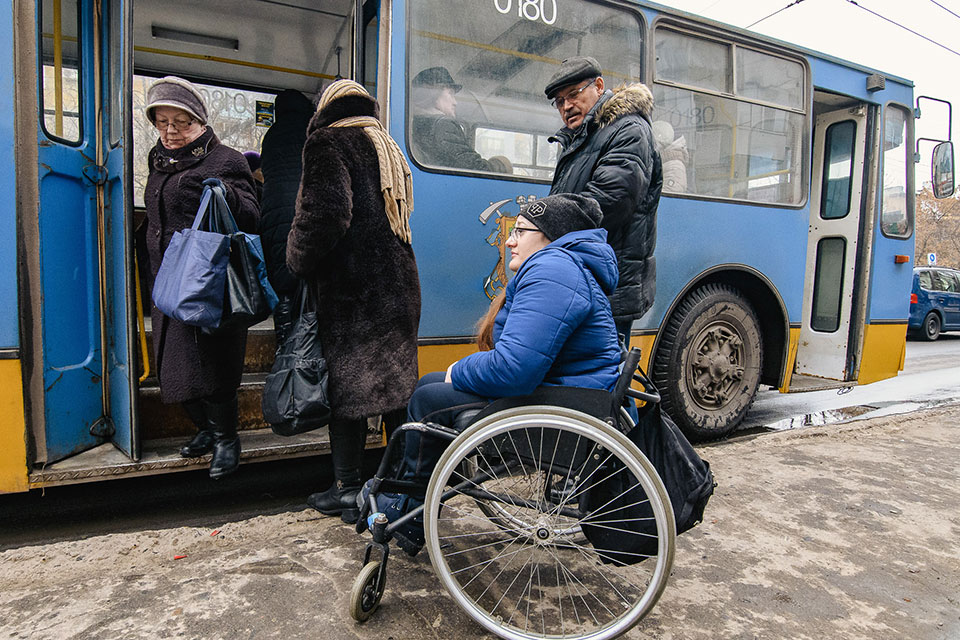 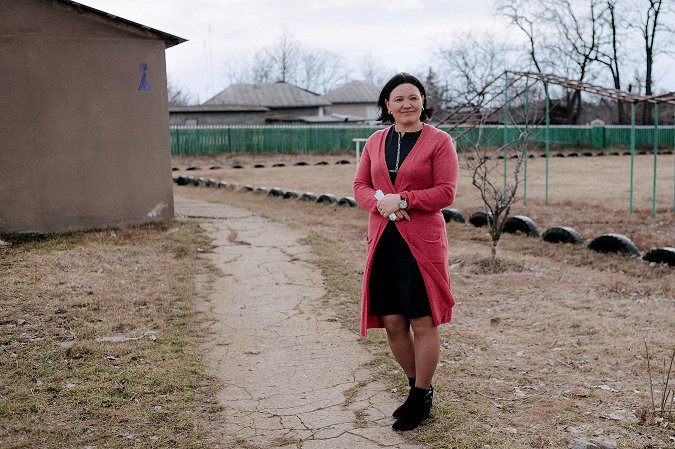 A teacher in Moldova learns to lead, changing her community for the better and inspiring others

In 2015, Tetyana Bobrovska fled to Kramatorsk city, eastern Ukraine, after her hometown Donetsk was seized by armed groups.

The armed conflict in eastern Ukraine had damaged infrastructure, fueled insecurity and created an influx of internally displaced persons (IDPs). Social support services have collapsed, leading to the neglect of vulnerable groups, including women with disabilities, like Bobrovska.

The 36-year-old, who is in a wheelchair, found her mobility severely hampered in Kramatorsk. She couldn’t use the public transport because the old buses were not designed for people with disabilities; she couldn’t enter some public buildings without assistance—even the hospitals didn’t have a ramp to accommodate people on wheelchair.

Urban planning that works for all women

In 2017, Bobrovska joined the Accessibility Committee on Kramatorsk City Council, which monitors compliance of local infrastructure with state laws and regulations.

“This monitoring used to be absolutely gender-blind,” explains Bobrovska. Then, in 2017, the Committee participated in a Gender Accessibility Audit to pinpoint what was blocking [access to] public services for women with disabilities.

Within months of the audit, 56 conflict-affected IDP women with disabilities drafted a resolution demanding their rights to access non-discriminatory services. The Kramatorsk City Council responded by allocating UAH 8 million (USD 275,000) – a four-fold increase over previous years – to improve infrastructure and accessibility, with 25 per cent of this budget focused on people with disabilities.

“The greatest thing about gender accessibility audits was the ability to speak up and defend your rights, be heard and influence the decisions that have a direct impact on our lives,” says Bobrovska, triumphantly. 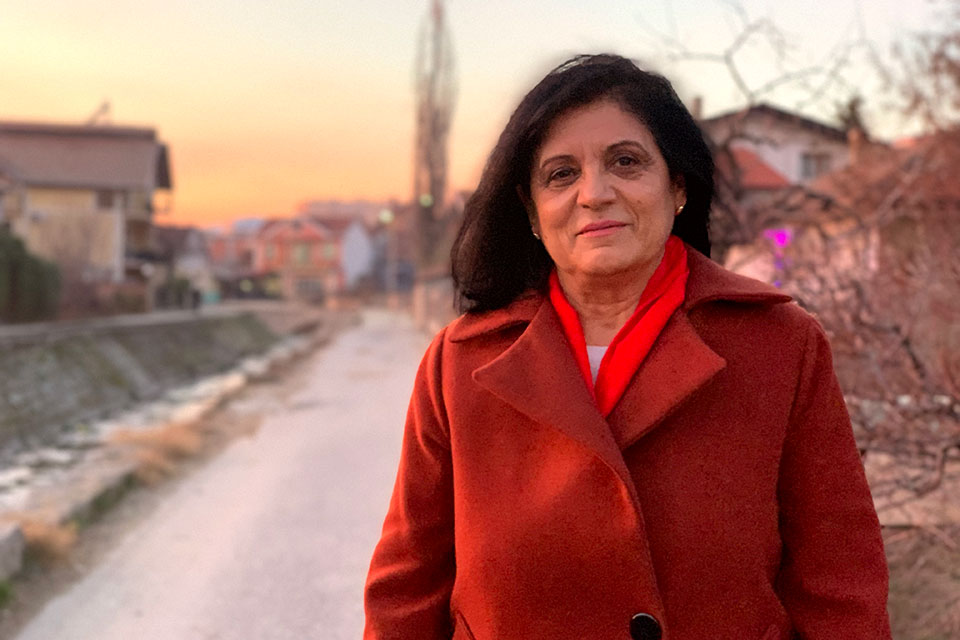 Irina Pockova, President of the Civil Initiative of Women, in the town of Sveti Nikole in the Republic of North Macedonia.Photo: UN Women/Elif Gulec

“I believe that the best way to address rural women’s needs is to make them visible to local authorities,” says Irina Pockova, President of the Civil Initiative of Women, a local organization that trains women to become economically independent and to participate in public matters.

In 2018, she invited the Mayor of Sveti Nikole to rural areas to meet with local women.

“At the beginning, the women were a little hesitant talking to the Mayor about their problems,” says Pockova. But slowly, they started voicing their priorities, such as the lack of public transportation and childcare.

In December 2018, the Civil Initiative of Women mobilized 20 rural women to attend a public hearing on the municipal budget. They demanded new kindergartens, which were eventually approved for 2019. With support from UN Women, local NGOs also organized a petition to demand free public transportation from rural areas to Sveti Nikole, where they had to go for work and to access bigger markets and health services daily. Women used to spend 10 euros taking taxis into town. As of 2019, they will have safe and licensed public transport provided by the municipality. 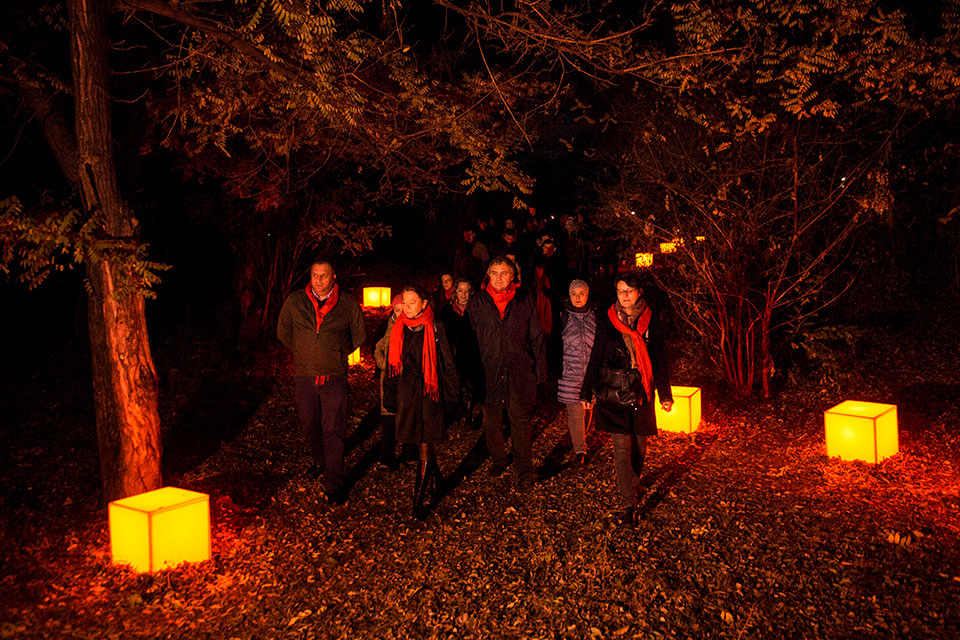 Meanwhile, in Kosovo[1], 60 young people used the Minecraft videogame to figure out what made City Park, one of Pristina’s most dangerous neighbourhoods, so unsafe, especially for women and girls.

As part of the project, different segments of the population women and girls, men and boys, people with disabilities and the elderly did a safety audit of City Park to examine whether urban design might play a role. The audit identified insufficient lightning, poor sightlines, unused spaces, potential places of entrapment, lack of walking paths, poor infrastructure and maintenance, among other factors.

“Using this tool really empowers youth in the process. The youngsters take leadership because they… know the game and it brings them very close to the reality,” says Klodeta Krasniq, a programme officer with UN-Habitat. “For me, the most amazing part was to see how well they understood and conceptualized the recommendations from the safety audit. Everyone included different urban solutions to improve safety and perception of safety.”

Gamers presented their proposals and a final Minecraft model design was developed incorporating their ideas and solutions. The proposed solutions aim to revitalize the park as well as its surrounding streets and neighbourhood, for example by repurposing abandoned houses for youth and cultural centres, adding walking and jogging trails in the park, improving public lighting and developing urban art.

City Park’s redesign plan was approved by the Municipality of Pristina and will begin this year.

“This Project was the first concrete step towards creating safe, inclusive and accessible public spaces in Kosovo in line with the Sustainable Development Goals and with a specific focus on gender-sensitive urban planning,” says Vlora Nushi, UN Women Officer-in-Charge in Kosovo.

The University of Pristina’s Faculty of Civil Engineering and Architecture helped develop the Minecraft model for City Park and it is now developing similar projects for six other neighbourhoods in the municipality.

The Minecraft approach to urban planning in Kosovo was developed as part of a joint project implemented by UN-Habitat and UN Women. The Gender Accessibility Audit in Ukraine was conducted under a UNDP-UN Women joint programme funded by the European Union. In the Republic of North Macedonia, UN Women supported the Civil Initiative of Women as part of a regional project on gender-responsive budgeting, funded by the Swiss Agency for Development and Cooperation and the Austrian Development Agency.

[1] All references to Kosovo shall be understood to be in full compliance with UN Security Council Resolution 1244 (1999).