From Where I Stand: “Each woman breaking the cycle of violence and fear is our greatest motivation”

Aida Mustacevic-Cipurkovic is one of the pioneers in supporting survivors of the war in Bosnia and Herzegovina that took place between 1992 and 1995. She joined the civil society in 1994, convinced that she could support those in need through her activism. For more than two decades, Ms. Mustacevic-Cipurkovic has been helping women survivors of various forms of violence as a psychotherapist. Her work with Vive zene, a women’s association from Tuzla, the third largest city in the country, that provides services to survivors of violence, is supported through the European Union-UN Women regional programme on ending violence against women in the Western Balkans and Turkey, “Implementing Norms, Changing Minds”. 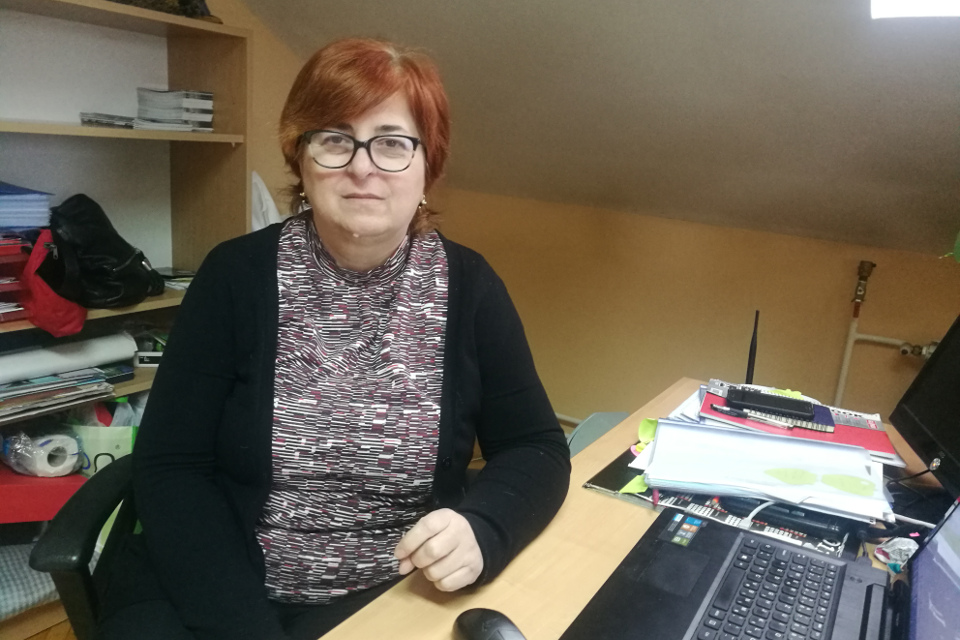 I worked as a school counselor until 1993. But a project of Norwegian Peoples Aid [that offered psycho-social support to refugees and internally displaced persons by the war] made me discover my new mission in life as a civil society activist. I received numerous trainings on how to deliver psycho-social support to people during wartime and I’ve worked as a therapist in individual, group and couple therapies. Since 1998, I’ve been working with Vive Zene and dedicated myself to psychosocial work, specifically supporting women survivors of various forms of violence, many of them dealing with war traumas in addition to domestic violence.

I believe our work is important because we influence people to question their attitudes, to face their prejudices and stereotypes and we start a conversation about gender-based violence. For me as a therapist, the trust that I build with survivors of violence and creating a feeling of security is crucial. It is especially important for us to communicate to women raised in traditional, patriarchal environments that violence is not a private matter. Survivors should not feel guilty and understand that the responsibility lies with the perpetrators. We’re continuously faced with the challenge of implementation of the laws and sensitization of professionals involved in the response system.

Every woman has her own story and it is important to dedicate time and energy to each one individually. But, when a woman regains control over her life, leaves fear behind, starts planning a new future and regains self-confidence and self-respect – that is our greatest motivation!”

Aida Mustacevic Cipurkovic is a psychotherapist working with Vive zene, women’s association from Tuzla, Bosnia and Herzegovina, with a mission to empower survivors of gender-based violence. Aida’s work is related to the Sustainable Development Goal 5 on gender equality and women’s and girls’ empowerment, which aims to eliminate all forms of violence against all women and girls in the public and private spheres.

Related News
29/07/2019
In the words of Milica Gudović: “Economic empowerment is crucial, not only for survivors, but for any woman”
28/11/2018
Regional forum takes stock of the implementation of the Istanbul Convention in the Western Balkans and Turkey
14/10/2022
Hidden mobile app gives women in Serbia a safer alternative for reporting violence
14/10/2022
Interview: “Rural women must be aware of their value and fight every day, in various ways, in this male-dominated world”
11/10/2022
In the words of Tina Milovanović: “I want to make a visible change for the better, so that women and girls are empowered”
END_OF_DOCUMENT_TOKEN_TO_BE_REPLACED