A UN Women project, funded by the Government of Finland, improved access of 20,000 people, including 3,000 from vulnerable groups, to irrigation water in Kyrgyzstan 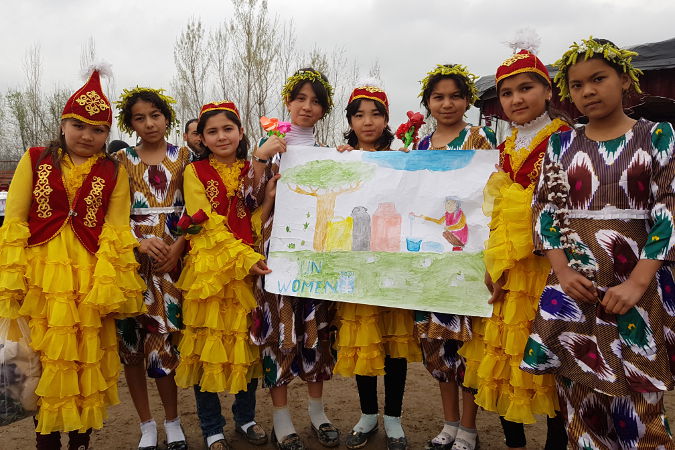 The Livelihoods Through Participation and Equal Access to Water project improved access to water resources in seven municipalities in Kyrgyzstan. The project elaborated a new model integrating local self-governments, water users’ associations, schools and vulnerable women to ensure access of everyone to irrigation water and students to improved Water, Sanitation and Hygiene facilities in schools. The project enhanced UN Women’s e-governance suite that helps local self-governments to provide services more effectively and efficiently to citizens and is being considered by the central government to be integral part of the national e-governance system. The project’s emphasis on improving life and livelihoods skills of secondary school children helps prevent early marriages, domestic violence and migration of young people from their villages by providing alternatives.

The head of local self-government, Roza Shamaeva, underscored the uniqueness of the project that united the entire community of Naiman village, in southern Kyrgyzstan, to promote gender equality and empower women and girls around water issues, including equal and fair access to water resources and efficient use of water in their communities.

With a strategy of leaving no one behind, the project aimed to strengthen and create opportunities for vulnerable people, women and youth, to participate in fair and equitable distribution of water resources and to use natural resources, namely land and water, effectively for sustainable and successful agriculture.

“It is exciting to note that the project engaged young people in important activities that develop livelihood skills in the household and the village. The youth are actively shaping knowledge about how to be a good citizen, based on respect for diversity. The project also promotes gender equality and the realization of women’s economic rights by involving women and the youth in all aspects of social and economic life,” said Gerald Gunther, UN Women Representative in Kyrgyzstan. 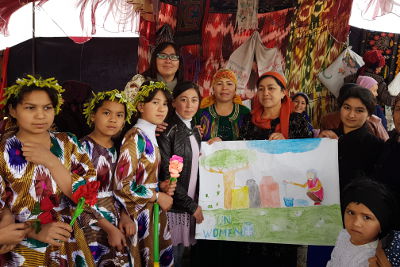 More than 4000 young people from local communities acquired advocacy skills on gender equality issues and conducted advocacy campaigns for over 30,000 local people on equal access and efficient use of natural resources.

“Girls’ and women’s voices are barely heard regarding decision-making processes in water management in my home village Don Bulak. I believe that active involvement and empowerment of women and girls is crucial for effective water and sanitation efforts because women and girls bear most of the burden of carrying, using and protecting water,” says Aizat Erkinbaeva, a 15-year old girl, who participated in project activities.

The results of the project and the lessons learned were discussed by heads of local self-governments, local councils, heads of schools and students, Water Users’ Associations as well as UN Women staff in May when UN Women visited Naiman and Uch-Korgon villages of the southern Kyrgyzstan.

The joint efforts of UN Women in Kyrgyzstan, Jalal-Abad Rural Advisory Service and Government of the Kyrgyz Republic in improving access to natural resources by vulnerable groups, including women and youth, would not have been possible without the financial support of the Government of Finland which allocated Euro 1 million for the project with a smaller amount added by UN Women.

The participants also familiarized themselves with the “Aimak” e-governance system in Naiman village. UN Women supported the development of this system which provides digitilized house hold data disaggregated by sex, social status, and age. “Aimak” provides the local component for the national e-governance system and will help with the localization and reporting of the Sustainable Development Goals. “Aimak” was also used in the project to ensure equal access to water, especially by vulnerable families.

Related News
18/06/2018
From Where I Stand: “The voices of women and girls are completely absent in water management”
03/10/2018
Kyrgyz and Tajik youth work together for peace and gender equality
21/06/2018
In the words of Alice Bouman Dentener “To make sustainable development a reality, we have to move from vision to action”
19/06/2018
Press Release: The Government of Tajikistan and international community spotlight women as key enablers in ensuring access to clean water and sanitation
08/03/2016
From where I stand: Surayo Mirzoyeva
END_OF_DOCUMENT_TOKEN_TO_BE_REPLACED