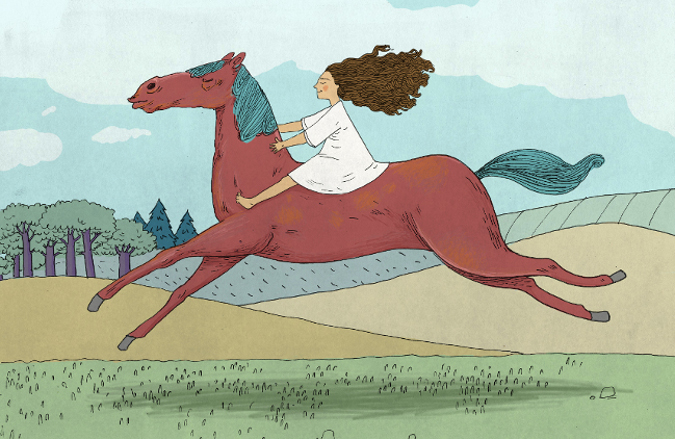 "Once There was a Girl" book cover illustration; Illustration: UN Women/Natia Kvaratskhelia

For many children, fairy tales are an important introduction to the outside world. They teach children how to distinguish kindness from malice, recognize justice from injustice, generate empathy and encourage bravery.

Fairy tales can contribute to shaping a child’s value system and may serve as a powerful tool in promoting gender equality. This potential has inspired UN Women Georgia to engage 12 Georgian authors in producing a wonderfully illustrated collection of 21 fairy tales inspired by real female figures from Georgian history, titled “Once There was a Girl”. The fictional stories recount the courageous deeds, determination, wisdom, dignity and fight for justice of the female heroines.

“This is not the first time that UN Women has partnered with the arts to promote gender equality,” notes Lasha Bughadze, author and editor of the collection. “This initiative is, however, of special importance; it talks about the equality of women and men, girls and boys and addresses children at an age when their value systems are being shaped.” 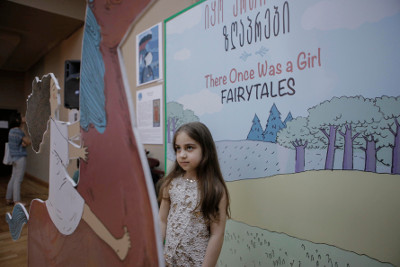 Presentation of the fairy tale book "Once There was a Girl"; Photo: UN Women/Maka Gogaladze

The book was presented to the public on 15 June 2018 at the Tumanishvili Film Actors Theatre in Tbilisi. Some 500 copies of the book will be distributed to the public and to community libraries throughout the country. The electronic and audio versions of the book are already accessible free of charge on the e-book house Saba’s website at saba.com.ge.

The initiative was realized as part of the UN Joint Programme for Gender Equality in Georgia, funded by the Government of Sweden. The advertising agency McCann Tbilisi, the real estate development company M2, the e-book house Saba, and the multi-audio studio Hera provided pro bono services and partnered with UN Women at different stages of the project.

The article was originally published on UN Women Georgia's website.

Related News
28/06/2021
I am Generation Equality: Tina Chertova, a mural artist and activist from Georgia
12/11/2020
New book ‘Luna & the Planet of Fireflies’ published in the framework of the MenCare Campaign
02/11/2020
I am Generation Equality: Mariam Topchishvili, girls’ rights activist and young feminist leader
15/10/2020
Kosovo celebrates the successes and dreams of young women and girls
15/10/2020
In the words of Oksana Nikiforova: “Rural women has a strong will for change”
END_OF_DOCUMENT_TOKEN_TO_BE_REPLACED