UN Women in Moldova pays tribute to 10 women who made history for being “first” in predominantly male arenas like politics, sports, military, business, science, and engineering. 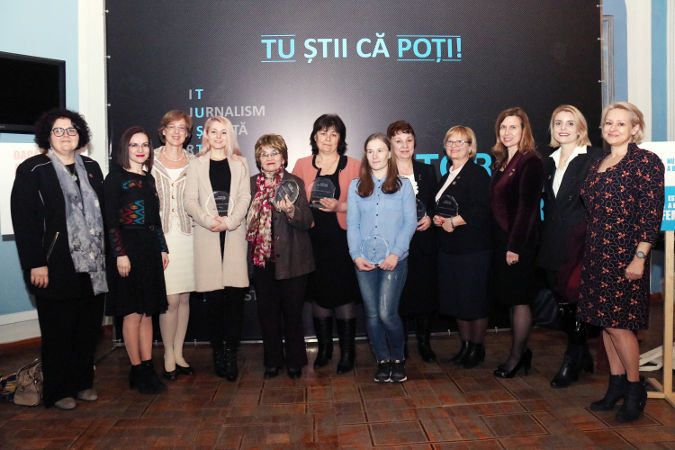 Aiming to encourage women and girls in Moldova to assert themselves as leaders and professionals in all fields, the month-long UN Women You know you can campaign closed with an award ceremony in the capital, Chisinau, that honoured 10 women pioneers for being “first” in a male-dominated area.

“You know you can sought to make exceptional Moldova women more visible and their stories better known. I thank our heroines for being part of You know you can, for sharing their struggles and successes, and for teaching us that persistence and courage transcend stereotypes,” said Asya Varbanova, Acting Head of Office at UN Women Moldova.

Women in Moldova continue to face discrimination, unequal pay and inequality throughout social, economic and political life – something highlighted by the illustrated speech by UN Women, , which was shown at the event.

Although more girls than boys attend secondary and tertiary schools in Moldova, only 39 per cent of women are employed, compared to 43 per cent of men. Women earn 14.5 per cent less than men, and the pay gap is significantly higher in better-paid sectors, such as information technology and finance.

“By choosing me as one of the 10 women who made history in our country, you also chose to value science and research in Moldova,” says Svetlana Cojocaru, the first female Head of the Institute of Mathematics and Computer Science of the Academy of Sciences of Moldova. 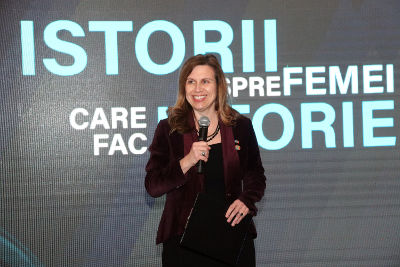 Varvara Duminica, honoured as one of the first two Roma women elected as local councillors, said: “I urge other Roma women to take the challenge and get actively involved.”

“I congratulate these history-making women, champions in ‘masculine’ professional fields. You are role models and an inspiration for Moldovan women and girls, motivating them to take their destiny in their own hands,” said Signe Burgstaller, Ambassador of Sweden in Moldova.

The 2018 You know you can campaign women honourees are:

Organized in partnership with the History Museum of Moldova, with support from the Government of Sweden, the award ceremony included the launch of a photo exhibition honouring the award winners.

Related News
12/11/2020
A premiere in Moldova – eight Fathers’ Clubs to be established in Straseni and Falesti, with the assistance of the European Union
19/01/2022
In the words of Raisa Buga: “When the father is more involved in childcare and upbringing, there is less violence.”
10/10/2020
Stereotypes pose obstacles for women who would like to train in martial arts in Moldova
14/07/2020
UN Women, UNFPA and EU launch ambitious initiative for gender equality in Eastern Partnership
30/05/2018
From Where I stand: "The concept of gender equality scares people in Moldova"
END_OF_DOCUMENT_TOKEN_TO_BE_REPLACED