In the words of Zora Celovic: “Being an activist requires full time devotion and a very strong will for all the battles on the way” 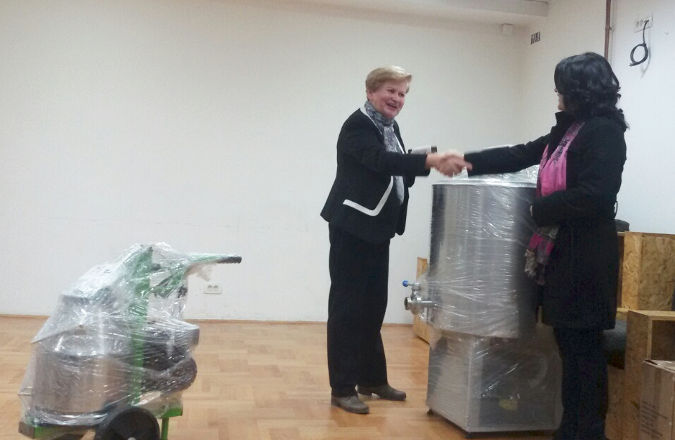 Zora Celovic is a vocal advocate for rural women’s rights and speaks publicly about the issue. She founded the “Priboj Women's Initiative” to help address the discrimination and inequality that rural women in the Priboj area of south-western Serbia faced. This initiative aims to empower them. In this farming area, where women are often responsible for milk distribution, the initiative also recently benefited from UN Women support to improve their economic opportunities, while also easing their daily workload and expanding their horizons.

Priboj, like other rural areas in Serbia, is characterized by poverty, development inequalities, urban drift, and lack of opportunities, such as education. Women living in rural areas are most  affected and are often unable to influence change, as they are rarely involved in decision-making processes. The burden of housework and care for children and the elderly are almost entirely left to them. Added to this is intensive agricultural work, presenting a significant burden. We had to do something to change their situation and that’s how it all started.

In February 2001, Svetlana Papic, or Ceca, and I gathered 15 women and formed a non-governmental organization named “Priboj Women's Initiative“. Today, 17 years later, I am proud to say that there are almost no residents of Priboj who have not heard about "Zora and Ceca and their women". We have gathered hundreds of women from the south-Western part of Serbia and helped them to become more informed about their rights and to improve their skills in the areas of their interest.

We initially worked on two tracks: with women but also with children and youth. But, since 2011, we have mainly focused on rural women as the largest but also most vulnerable group. It is of utmost importance that every woman becomes economically independent. So, our main goal is to help them build on what they already had, but also to make their everyday life easier.

In this area, women are predominantly engaged in milk distribution and animal care. Earlier this year, UN Women supported us to donate equipment for milk collection and preserving to rural women in the area. This has helped a lot and is extremely valuable because it enables the whole milk distribution process to work more efficiently. And, it saves a lot of time.

Even so, we aim to do more than meet their basic needs. In regular meetings with rural women in the region, for instance, we got to hear that they would really like to see other villages and learn about the lives of women there. UN Women put us in touch with organisations dealing with rural women in Vojvodina, Northern Serbia. And, we started exchanging experiences with them. Rural women from our municipality were given the opportunity to visit Vojvodina for the first time, to see traditional salaš homesteads and get acquainted with the culture of Croat, Bunjevci and Hungarian minorities. This meant a lot to them since Priboj is a multi-ethnic municipality, so we could share our experiences with women from Vojvodina about the richness of coexistence in local communities inhabited by different nations. Added to this, once established friendships never cease to exist.

Being a rural women activist requires full time devotion and a very strong will for all the battles on the way. These battles take place in different fields and one is certainly on a policy level. I held many interviews in different villages across the region to learn about how women’s position in rural Serbia has changed in the past few years. Results of these interviews were featured in the CEDAW shadow report on the position of rural women, published by UN Women in Serbia in October 2017.”

Related News
23/02/2016
Serbia adopts National Strategy for Gender Equality
14/10/2022
Interview: “Rural women must be aware of their value and fight every day, in various ways, in this male-dominated world”
02/08/2022
Interview: “If rural women were sure that they would get protection from abusers, as well as legal and psychological support, they would be more encouraged to report violence”
29/06/2022
Hundreds of rural women across Serbia are job-ready with new skills and confidence
06/06/2022
Rural women from northern Serbia launch new brand to improve their economic and social well-being
END_OF_DOCUMENT_TOKEN_TO_BE_REPLACED