Serbia aims to take concrete steps to improve the lives of women and girls in the next five years with support from UN Women. 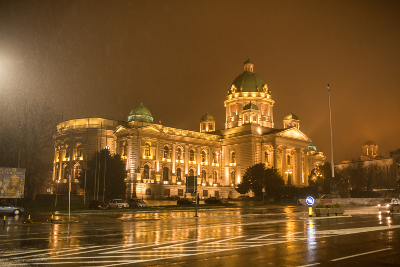 The Government of the Republic of Serbia has adopted a new National Strategy for Gender Equality for the years 2016-2020. The Strategy highlights key national policies to reduce gender stereotypes and change some harmful cultural norms, as well as focusing on the development of new policies that would promote equal opportunities between women and men.

Serbia’s Deputy Prime Minister and President of the Coordination Body for Gender Equality Zorana Mihajlovic said that the new strategy and action plan outlined measures that would ensure economic empowerment of women and increase their involvement in political life.

“It also advocates for appointing women to senior republic and local government positions,” said Mihajlovic adding that the government will soon adopt the new law on gender equality which would lead to bylaws to increase women’s employment and combat gender-based violence.

UN Women in Serbia contributed to the development of the new Strategy by evaluating the previous National Action Plan for Improving the Position of Women and Promoting Gender Equality 2010-2015. The evaluation assessed the progress on gender equality made by the Government of Serbia and its key partners.

Following this evaluation, UN Women identified strategic objectives and provided recommendations on advancing gender equality for the new Strategy. UN Women emphasized that the Strategy should address the needs of discriminated, vulnerable groups of women; including Roma, rural women and women with disabilities; and systematically use gender sensitive language. These recommendations were all included in the new Strategy.

UN Women significantly supported the Coordination Body for Gender Equality, the Government body that developed the new Strategy, to lead these processes and brought together key stakeholders, including civil society organizations.

The National Strategy is aligned with the Beijing Platform for Action, the UN Convention on the Elimination of All Forms of Discrimination against Women (CEDAW), and with other UN and Council of Europe-based documents that refer to gender equality and the empowerment of women. 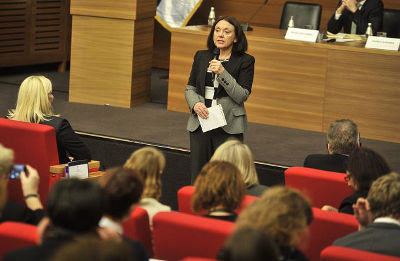 The Republic of Serbia also became the first country outside the EU which has introduced the EU Index of Gender Equality. The Gender Equality Index is a tool for the EU to measure gender equality on a scale of 1 (complete inequality) to 100 (complete equality) in six areas: knowledge, labour, money, health, time, power, and two sub-areas: violence and intersecting inequalities.

The gender equality index in the Republic of Serbia is 40.6, compared to the 52.9 average for the EU Member States. The greatest success in terms of gender equality has been achieved in the area of power and decision making, showing that the introduction of quotas for women’s political participation has been successful.

The Index, however, showed that the gender pay gap is still too high in Serbia compared to other EU countries and that women’s and men’s equal access to the labour market needs to be improved.

Related News
03/10/2019
North Macedonia hosts third sub-regional consultation on 25 years of commitments to gender equality
01/10/2019
In the words of Milesa Milinkovic: “We need to be supportive in activism for the rights of women with disabilities”
01/03/2018
In the words of Zora Celovic: “Being an activist requires full time devotion and a very strong will for all the battles on the way”
27/09/2017
Local women’s networks drive gender equality in rural Serbia
21/04/2022
In the Words of Ayşegül Küçükafacan: “Thanks to the small grant by UN Women, I am stronger in combatting violence and abuse”
END_OF_DOCUMENT_TOKEN_TO_BE_REPLACED