One room, her only home

An Albanian woman’s struggle to claim her property rights 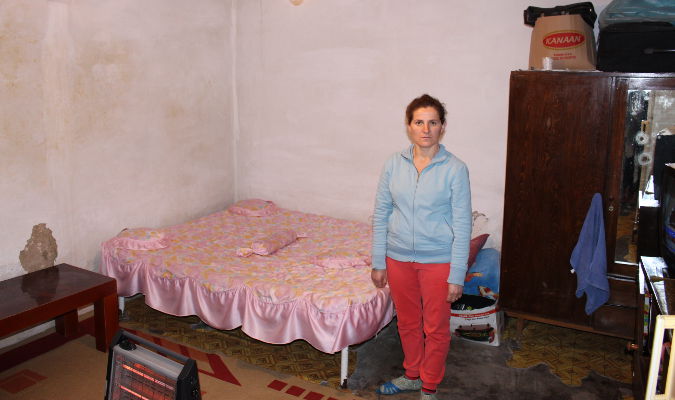 A 20 square metre room with one window is the only home that Semiha Xhani, and her eight-year old son have known. She had built it with her ex-husband when they were married, in Paskuqan, an informal settlement located 5 kilometres from the capital city Tirana, Albania.

Since her divorce six years ago, Xhani has lived with constant financial insecurity, trying to find jobs that paid her enough to raise her son by herself. Things got worse when two years ago her former father-in-law registered the house under his name without her knowledge, and tried to get her evicted.

“I was scared and immediately called Iris and asked for her support. If it wasn’t for her, me and my son would be out on the streets today,” says Xhani. Iris Aliaj is a lawyer working with the Centre for Legal and Civic Initiatives (CLCI), a UN Women partner offering free legal counseling and representation in court to women on property related cases.

Aliaj is optimistic about Xhani’s case: “The case is being examined by the Administrative Court and so far this is good news, because Semiha can stay in her house for the time being and we have very good chances of winning the case.” 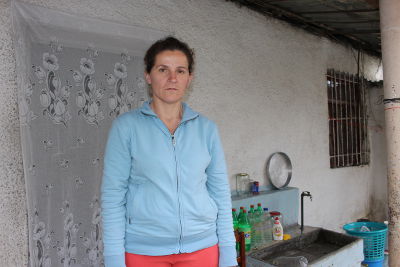 Semiha in front of her home. Photo: UN Women/Yllka Parllaku

Women’s right to property is a complicated issue in Albania. Although the Albanian civil and family law recognize women’s equal right to land and property, only a small percentage of women—8 per cent—own land, because the laws are not implemented and women continue to be marginalized in matters of inheritance. When it comes to informal settlements, properties are often registered under the name of the “head of household”—a role reserved for men, effectively leaving women out. Women also lack information and awareness about their property rights and justice sector professionals often look the other way, or are equally misinformed.

When women decide to claim their right, the process can be tedious and expensive. “I once payed $100 to a lawyer only for one court hearing,” recalls Xhani, who receives only $30 a month in government subsidy and takes up part-time jobs to make ends meet.

“Free legal aid is crucial for women like Semiha who don’t have steady or adequate income, said Iris Aliaj. “We provide our legal services for free, and Semiha didn’t even have to pay taxes for the court proceedings [although this would be the case for a plaintiff]. We are also helping her pursue the child allowance that her ex-husband still refuses to pay,” she added.

The Centre for Legal and Civic Initiatives, supported by UN Women, is working in 10 municipalities across Albania, in urban and rural areas, to increase access to information about women’s property rights. The project, funded by the Government of Sweden through the UN Coherence Fund, is also strengthening the capacities and responsiveness of various actors within the justice system to violations of women’s property rights. To date, some 282 professionals from the Chamber of Notaries, Chamber of Advocacy, National Chamber of Bailiffs, Immovable Property Registration Office (IPRO) and the Ministry of Justice have received training on the issue through the project. 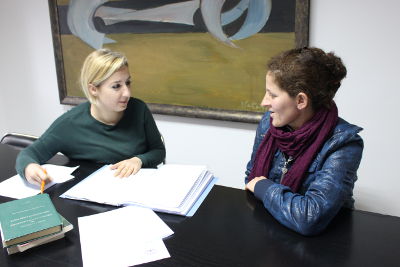 Semiha (right) with Iris Aliaj, a lawyer working with the Centre for Legal and Civil Institutes in Albania. Photo: UN Women/Yllka ParllakuCaption Text

In addition, UN Women has proposed a set of legal amendments to the Albanian Civil Code, the Family Code and the Law on Public Notary, and supportive legislation to ensure full equality between men and women on matters of property ownership and inheritance. The proposed amendments to the Law on Public Notary have already been included in a draft law, pending approval by the Parliament.

These changes come after the CEDAW Committee in its 2016 Concluding Observations noted women’s limited ownership of land and the continuing inequalities they face with regards to inheritance of land and property.

“Ensuring women’s equal rights to economic resources such as land and property are key targets for achieving gender equality and sustainable development,” stresses Giuseppe Belsito, UN Women Representative in Albania. “For women, having ownership over land or any other property means having security for themselves, their families, and opens up opportunities for economic independence and access to credit for entrepreneurship initiatives.”

“I managed to stay strong and didn’t move from the house, although I was scared. My son and I were threatened several times by my ex-husband’s family,” shared Semiha Xhani. The one room home has had more than its fair share of challenges, and the court proceedings may take years to complete, but now there is hope. The law is on her side.

Related News
19/08/2021
Eco-experience rises from the COVID-19 ashes in Albania
10/06/2021
From where I stand: “Women’s Entrepreneurship Expo had a good vibe: no barriers, no prejudices and a practical spirit of cooperation”
19/03/2018
From Where I Stand: “I am determined to help my children take full advantage of their rights as citizens”
13/10/2017
Across the Western Balkans, rural women are influencing local budgets and shaping progress
24/02/2017
From where I stand: “I set up a tourist guest house to support my family”
END_OF_DOCUMENT_TOKEN_TO_BE_REPLACED