Representatives from seven countries of the Regional Women’s Lobby for Peace, Security and Justice in South East Europe looked at women’s roles as vital for future of peace and stability. 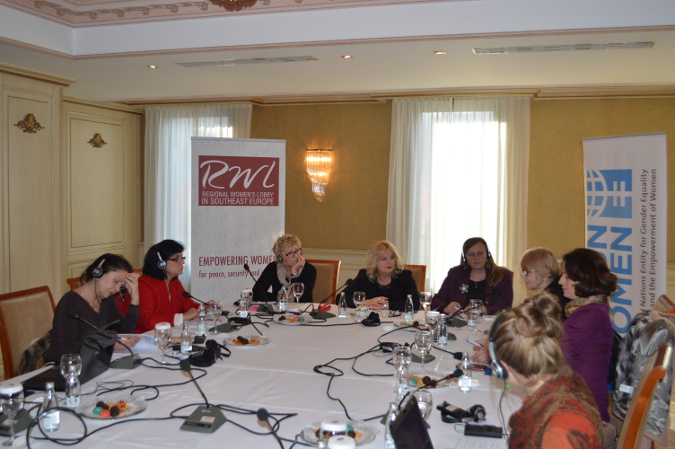 The Regional Women’s Lobby for Peace, Security and Justice in South East Europe (RWL SEE) met in Pristina, Kosovo[1] on December 8 and 9 to discuss their political and security situation, and ways to enlarge women’s roles in peace-building and stability at regional and at municipal levels.

Comprised of representatives from seven countries, the Women’s Lobby advocates for sustainable peace, democracy, justice, security and reconciliation in post conflict countries. It receives support from UN Women and the Swedish Government.

The Women’s Lobby serves as a model for peace processes in other parts of the world.

“We all agree on the vision that the role of women has to be equal with men in all reform processes, based on a European and Euro-Atlantic vision for a peaceful and prosperous future of our countries and citizens. I do believe that the Balkan countries should be united in their pro-western direction and we must stand together in overcoming current security challenges while calling for increased presence and role from our strategic partners in the U.S. and the EU,” said Edita Tahiri, Chair of the Women’s Lobby and Former Minister of Dialogue of Kosovo.

For two days participants reviewed the political and security situation in each of the seven member countries and the entire region of the Western Balkans and ways to enlarge women’s roles in peace-building and stability at regional, national and municipal levels in light of the European and Euro-Atlantic integration and implementation of UN Security Council resolution 1325 (UNSCR 1325). A particular attention was devoted on the current challenges and perspectives of women’s empowerment in decision making and peace and security processes where women remain dramatically underrepresented even though resolution 1325 was adopted 17 years ago. RWL SEE expressed its gratitude to its strategic partners UN Women and the Swedish Government for their crucial support. 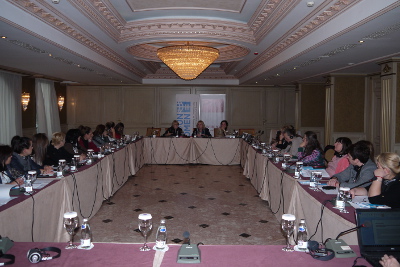 The Steering Committee drafted the Women’s Lobby action plan for 2018 based on its Strategic plan 2018-2019. For more than a decade, the Women’s Lobby has helped to empower women in peace and security processes in the region, offering a unique model for women leaders to work together for a better future, despite past wars and conflicts in the region.

“We have to work to deconstruct stereotypes and have to take responsibility for our past and future. The major challenge is normalizing our neighbouring relationships. We have to step out of the matrix of hostility, stop keeping the discourse of the 1990s and change how we address the past and thus our future,” said Sonja Biserko, Director of Helsinki Committee for Human Rights; and a member of the group from Serbia.

The RWL SEE Roundtable with more than 30 women from Novo Brdo, a multi-ethnic municipality in eastern Kosovo, was held on 9 December 2017. The participants expressed their appreciation for the RWL SEE for their contribution to supporting the empowerment of women and the interethnic relations at their municipality. They spoke of considerable improvements in interethnic cooperation between Albanian and Serbian women.

“As a director of our primary school, I am very proud to say that Novo Brdo is the only municipality with a primary school which is attended by both Albanian and Serbian pupils. There have been no inter-ethnic incidents and we have a stable cultural exchange. Therefore, we can serve as an example of a good inter-ethnic relationship,” says Sveti Sava Primary School Director Verica Ristic, Novo Brdo.

Members of the Regional Women’s Lobby for Peace, Security and Justice in the South East Europe:

* The views expressed on the recommendations document are those of the Regional Women’s Lobby for Peace, Security and Justice in South East Europe and do not necessarily represent the views of UN Women, the United Nations, or any of its affiliated organizations.