In Tajikistan’s Rasht Valley, budding entrepreneurs and women who dream to better their circumstances get training and support from a UN Women project that changes lives and builds futures. 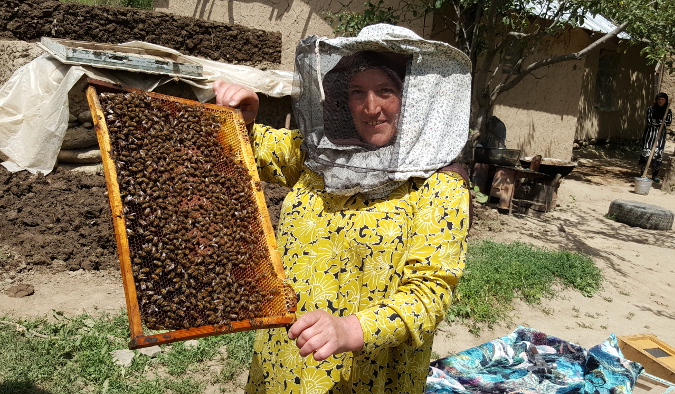 Sabira is happy to have her dream come true. UN Women/Aijamal Duishebaeva

A poor domestic economic has seen nearly one in five Tajik citizens – 1.5 million – work abroad, roughly 90 per cent of them in Russia. Most of the emigrants are male.

Since 2014, over 3,000 women in Tajikistan have formed self-help groups thanks to the UN Women project, Empowering Communities with Better Livelihood and Social Protection. Funded by the Joint UN Human Security Trust Fund Programme, the project targets vulnerable women in the Rasht Valley and Khatlon regions, particularly the growing number of women abandoned by a mass outflow of male labour migrants. 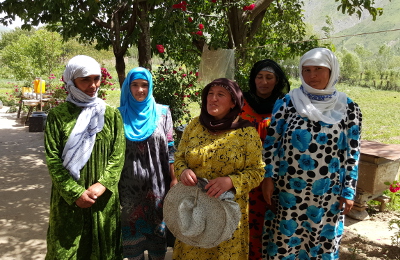 Today, UN Women supports more than 500 women, members of 60 different self-help groups in Rasht district of Tajikistan, to help them fulfil their dreams. Its programme assists women to financially support their families and empowers them to claim and protect their rights. Each self-help group of roughly eight to ten women receives training, capacity building, legal advice, or whatever it takes for them to reach their goals for themselves and their families.

Sabira Mukhamedova, a mother of five children, was able to fulfil her childhood dream of becoming a beekeeper. The NGO Najibullo toured many small Rasht Valley villages and selected Sabira to be part of a self-help initiative. Through project support, Sabira learned how to write a business plan and develop a project proposal. She was trained in basic accounting and management skills, and learned how to calculate and pay taxes. 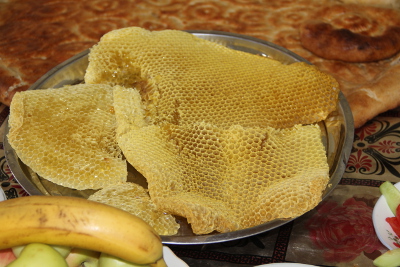 She was sceptical at first and concerned about being saddled with loans and high interest rates to get the beekeeping enterprise going.

“We were scared because we had never worked on our own, never had to deal with collective money. We knew how to work the field, do our housework and do what our husbands say. Working on a business was a huge responsibility,” Sabira explains.

Her self-help enterprise is now thriving as she and her peers invest the money they get from selling honey into the business and buy more beehives. They next want to produce food with honey and are working on a business plan for that.

As the leader of her self-help group, Sabira also helps others including socially vulnerable groups like abandoned wives, single women, those with more than six children, and women with disabilities.

“I tell women to start a business of their own so they don’t remain financially dependent on their families and husbands,” Sabira says.

Related News
12/11/2021
Call for Proposals to support the establishment of a regional funding mechanism for the Central Asia women’s movement.
24/09/2019
In the words of Guljahon Bobosadykova: “What did I do today to improve the situation of women and girls?”
29/05/2019
Tajikistan hackathon yields innovative ideas to support women with HIV
20/03/2017
In the words of Aisulu Jenalieva: “Women can have more freedom and men can share domestic work”
02/06/2016
Turkey shares women's economic empowerment experience with Tajikistan
END_OF_DOCUMENT_TOKEN_TO_BE_REPLACED