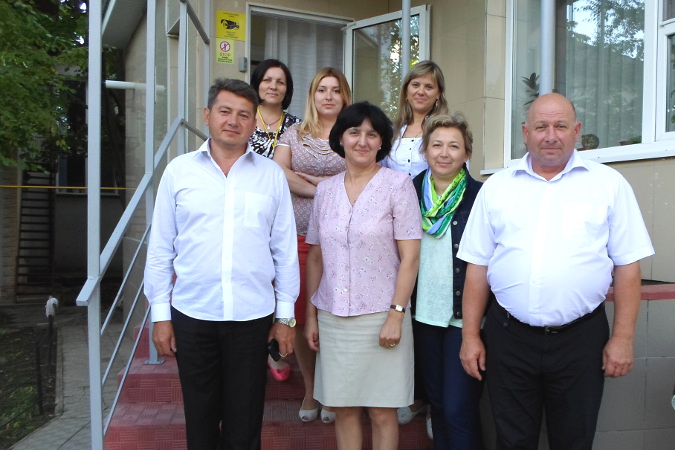 In Drochia, Moldova, the majority of crimes committed are related to domestic violence. Staff of the Ariadna centre assist women and children who are survivors of domestic violence. A separate approach works with the aggressors as well. Photo: UN Women/Marina Vatav

Across the country, organizations are trying new ways to eliminate domestic violence in Moldova, where 63 per cent of women have been subjected to at least one form of sexual, physical, psychological or economic domestic violence.

To trial innovative approaches to eliminating violence against women, UN Women has provided small grants to six Moldovan non-governmental organizations (NGOs) based in Chişinău, Drochia, Hânceşti and Căuşeni that have been actively piloting new approaches, sharing them with other groups and, in turn, learning from others’ experiences.

The maternity centre Ariadna in Drochia, northern Moldova uses “positive champions” – women who escaped the vicious circle of domestic violence – to encourage survivors of violence to speak up and share their stories with other women who suffer violence in their home. 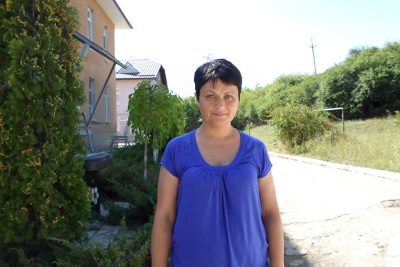 Married three times, Rodica Carpenco was subject to violence in each marriage. A women’s centre in Drochia helped her stop the circle of violence. She now lives with her children and works as a positive champion who helps other women start a new life. Photo: UN Women/Marina Vatav

Rodica Carpenco, one of Ariadna’s positive champions, is convinced of the power of speaking up: “Our society still does not recognize domestic violence as a real problem. I was married three times, and each time was subjected to violence. The centre helped me for eight long years. Now my personal experience helps others.

“When I tell other women what I went through and how I finally stopped the violence, they can relate. It gives them hope. They overcome their fear to talk to professionals,” says Ms. Carpenco. Today she lives with her four children, has left her aggressor, found a job and helps others start a new life.

Ariadna was also involved in developing a new way to make it speed up justice for child survivors of violence in Drochia. Until recently, young people who’d suffered from violence were interrogated in Soroca, 50 kilometres away, in a process that took eight to nine months or more. “We set up two rooms right here in our town, one for the children to meet with a child psychologist, and the other so lawyers and judges could follow what is happening. The meeting is recorded on video and can be used as proof in court,” says Simion Sârbu, Director of Ariadna.

In the same spirit, new psychological counselling offices specializing in domestic violence will soon open in four villages around Drochia, with priority given to locales where police have registered a high number of domestic violence cases.

Drochia is also engaging their local priest, a respected authority, as an ally to fight domestic violence. New couples now meet in the local church to discuss non-violent communication, and learn from the priest that men and women should enjoy equal rights in the family.

In Căușeni, an ancient town of 20,000 people in southeast Moldova, the Psychologists Association Tighina works with young volunteers to break the cycle of domestic violence among young men and prevent damaging behaviours. 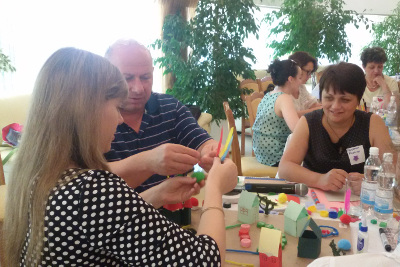 At a workshop organized by UN Women Moldova, members of an NGO build prototypes of their unique approaches to eliminating violence against women. These models allow groups to conduct open discussions that lead to new ideas and solutions. UN Women/Marina Vatav

“Our volunteers work with boys who’ve been subjected to violence or have witnessed it in their family,” says Ms. Ana Șchiopu of Tighina. “They discuss the effects of domestic violence and how it has no place in the home. Together, they commit to becoming good fathers and husbands.”

Promo-Lex, an association working to promote democracy and human rights in Moldova, works closely with police in 40 different towns to heighten their attention to domestic violence. Through in-depth interviews with police officers, the association has identified role models – police officers who have gone the extra mile to solve domestic violence cases.

Their efforts to get aggressors to refrain from further violence include identifying potentially violent families before charges are brought, involving local doctors and hospitals, and creating conditions so survivors feel free to speak up.

Promo-Lex’s unusual methods have been used in Hâncești, a district centre of 120,000 people, near Moldova’s capital, Chișinău.

“In our district we identified 191 domestic aggressors,” explained Ms. Iana Rusu, head of the Community Interaction Section of the local Police Inspectorate: “The first thing we did was to remove the survivor from the domestic environment or isolate the aggressor from the family. We also held a number of information and experience-sharing sessions with police colleagues to ensure all police shared the same understanding of domestic violence.”

Working together with their peers from Ariadna, Tighina and Promo-Lex, three other front-line Moldova NGOs are learning from their experiences and trying new methods to eliminate violence against women with the support of UN Women: Initiativa Pozitiva, a Chisinau-based organization that works on HIV/Aids; Casa Marioarei, a shelter for survivors of domestic violence; and the National Anti-violence Centre Helmut Wolf in Ciuciuleni village, in Hînceşti district.

Related News
19/08/2021
Pandemic sparks new business idea for art duo in Moldova
01/06/2021
I am Generation Equality: Tatiana Chebac, a young lawyer and active promoter of women’s and LGBTQ people’s rights in Moldova
09/03/2021
This is what leadership looks like: How three women mayors in Moldova are making a difference every day
12/11/2020
A premiere in Moldova – eight Fathers’ Clubs to be established in Straseni and Falesti, with the assistance of the European Union
15/10/2020
Three women mayors from rural Moldova speak about how they gained the trust of their citizens
END_OF_DOCUMENT_TOKEN_TO_BE_REPLACED