Voting in secret ballots in the region will increase transparency and allow for greater participation in board voting by police from remote and minority regions of Kosovo. 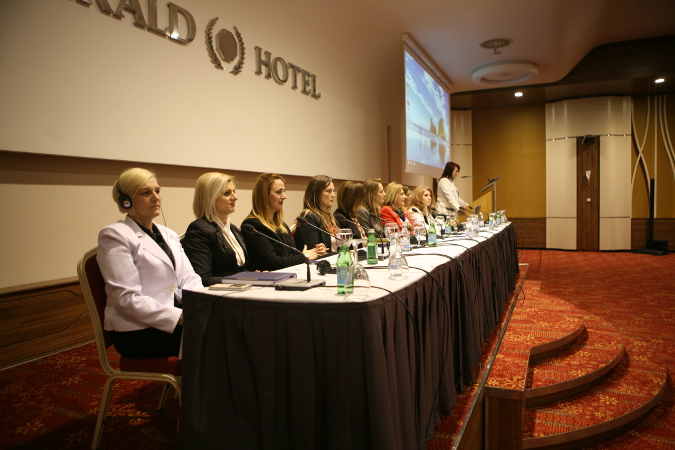 The 12 board members of the Association of Women in the Kosovo Police at the annual assembly meeting on February 10, 2016. Photo credit: AWKP/Teuta Bajgora Jasiqi

At its 10 February annual meeting in Pristina, the Association of Women in the Kosovo Police (AWKP) voted to change its method of electing future board members. The members, representatives from Kosovo’s regions, will be elected through secret ballots on the regional level. The current AWKP board will stay in place another six months until the association’s new voting rules are formally adopted and new elections will be held. 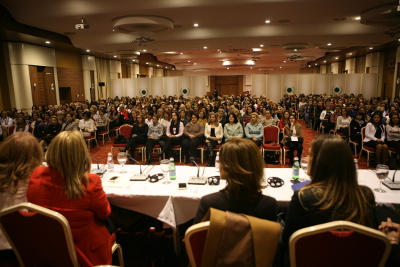 Over 460 members attended the annual assembly meeting of the Association of Women in the Kosovo Police on February 10, 2016. Photo credit: AWKP/Teuta Bajgora Jasiqi

The change was made to increase transparency and accuracy, and so more members could vote, particularly those from remote regions of Kosovo. It came after a majority of the 460 AWKP members attending objected to obstacles they faced in counting open votes at the meeting.

Supported by UN Women, in coordination with Kosovo Police regional offices, the meeting was preceded by an AWKP visit to Kosovo’s northern region to ensure the participation of policewomen from Kosovo’s Serbian minority.

Led by AWKP chair Colonel Taibe Canolli with other board members and MP Ganimete Musliu participating, the group met with local AWKP members and discussed security challenges and the problems faced by women police officers in this particularly sensitive region of Kosovo. 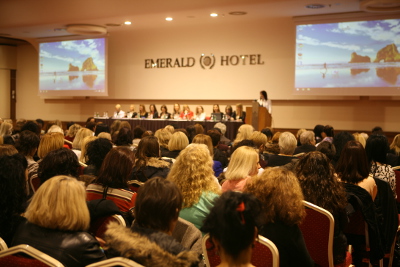 Participants listening to speeches by the 12 board members of the Association of Women in the Kosovo Police at the annual assembly meeting on February 10, 2016. Photo credit: AWKP/Teuta Bajgora Jasiqi

Established in 2012, with UN Women’s technical and financial support, the AWKP works to strengthen the Kosovo Police’s institutional capacity to mainstream gender into policies and procedures. Now an independent and sustainable organisation, the AWKP has over 600 members from across Kosovo, including uniformed and civil staff of both genders. AWKP is a member of the International Association of Women Police, which has deemed it a role model for the region.

UN Women has also helped AWKP fundraise for other projects, such as the Women in Uniform project. Funded by the Embassy of Norway, Women in Uniform includes women from the Kosovo Police, Kosovo Protection Corps, Customs and Women from Correctional Service Centres, and promotes gender mainstreaming throughout the security sector.

UN Women continues to support gender-sensitive police reform in Kosovo that establishes a Kosovo Police that can ensure women’s rights and security and mainstream gender into policies and procedures. UN Women also supported the institutionalization of Gender Equality and Women’s Human Security in the training curricula of Kosovo Police Academy, and the establishment of the Human Rights and Gender Equality office within the Kosovo Police.