Women’s specific needs and vulnerabilities are rarely at the forefront of humanitarian response planning and implementation, according to a recent UN Women gender assessment of the refugee and migrant crisis in the former Yugoslav Republic of Macedonia and Serbia. 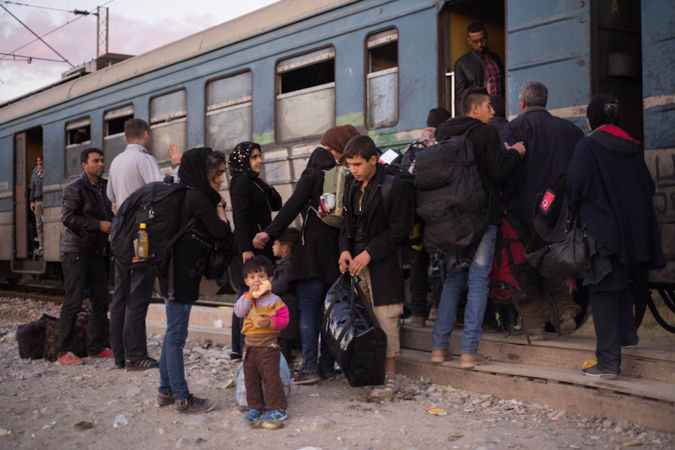 Refugees getting ready for the train in Gevgelija to travel to the border with Serbia. Photo: UN Women / Mirjana Nedeva

“The advance of ISIS terrified me. I bid farewell to my husband and sold my business in order escape with my daughter. I wanted her to be able to continue her studies in law and live a good life in peace. After years of conflict and unrest in Syria, this has become impossible,” said 48-year-old Sawsan from Hama, Syria.

She stands at the border between Greece and the former Yugoslav Republic of Macedonia*, waiting in line with her daughter Rafa and thousands of other asylum-seekers at the refugee reception centre in Gevgelija. It has been one week since they fled their war-torn home to seek safety and a better future.

Sawsan and her daughter are among the over one million migrants and asylum-seekers from some of the world’s most war-ravaged countries who made their way towards Western Europe by sea in 2015. According to the Office of the United Nations High Commissioner for Refugees, almost one out of every five asylum-seekers arriving in Serbia and fYR Macedonia is a woman.

However, according to a recent UN Women gender assessment of the refugee and migrant crisis in both countries, their specific needs and vulnerabilities are rarely at the forefront of humanitarian response planning and implementation. 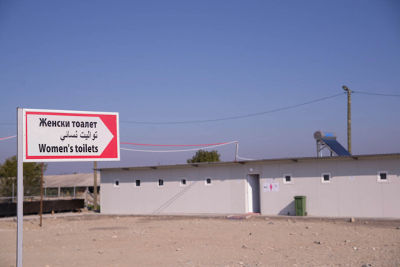 UN Women carried out the assessment in October and November of 2015 to gain a better understanding of the specific needs, priorities and risk factors women and girls face, and the extent to which the current response in transit countries is meeting those needs. Over three weeks, key informants from 48 organizations and entities were interviewed in-depth, including government officials, staff and leaders from UN agencies, international and local NGOs and volunteer organizations, as well as refugee women and men.

“UN agencies and non-governmental organizations have done a lot under tremendous pressure to respond to the biggest refugee crisis in Europe since the end of World War II,” says Ingibjorg Gisladottir, UN Women Regional Director for Europe and Central Asia. “But women and girl refugees travelling along the Western Balkans route have specific needs, priorities and rights to protection of their dignity that are not being addressed in full.” 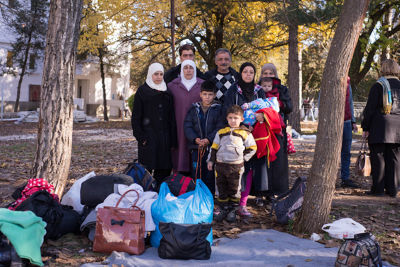 Whole families are on the move and pass through the one stop center in Presevo, Serbia. Photo: UN Women / Mirjana Nedeva

Specific challenges in transit include family separation, psychosocial stress and trauma, health complications, physical harm and injury, and risks of exploitation and gender-based violence. Language barriers and cultural factors, combined with the intention of asylum-seekers to move through transit countries as quickly as possible, make it more challenging for humanitarian actors’ to provide essential services, as well as to identify and support particularly vulnerable groups.

One of the refugee women interviewed for the assessment in fYR Macedonia was 33-year-old Ihsan: “The most horrible part of our long trip was the journey at sea, which was very risky especially with my two kids.” She used to be a bank manager before heavy artillery strikes caused mass destruction where she lived outside the Syrian capital of Damascus and forced her family to flee. She noted that women are travelling for days, sometimes months, and rarely have access to clean and secure private spaces to wash and rest. She said they also lack information on the routes they are taking and available services.

In 2015, in fYR Macedonia and Serbia, local governments, national and international organizations were forced to quickly scale up their efforts as the number of refugees and migrants grew to nearly 10,000 new arrivals daily. According to UNHCR statistics, since 1 January 2015, up to 42 per cent of these refugees and migrants are women (17 per cent) and children (25 per cent). 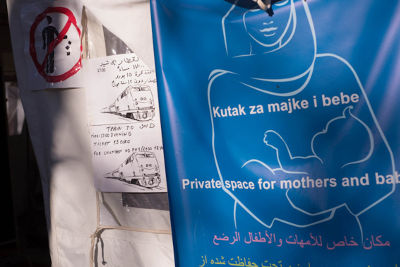 Women benefit from spaces for mothers and babies in the one stop center in Presevo, Serbia. Photo: UN Women / Mirjana Nedeva

Good practices that have helped many women and girls in both countries include: fast-tracking of vulnerable groups including women at registration centres, distribution of hygienic kits and clothing for women, provision of some sexual and reproductive health services, collection and reporting on sex- and age-dis-aggregated data, and shelters for women and babies.

But despite these gender-sensitive good practices, the assessment found that response-planning, services, protection capacity and information are not yet sufficient to meet women’s and girls’ needs and address their distinct vulnerabilities. Specifically, it highlighted the need to expand or establish targeted services for women and girls, including increased protection monitoring, gender-based violence prevention and response services, psychosocial support and trauma counselling, women-only spaces, local registration capacity at transit centres and points of entry so that detailed sex and age disaggregated data can be collected, and full-time sexual and reproductive services on-site in transit and reception centres. 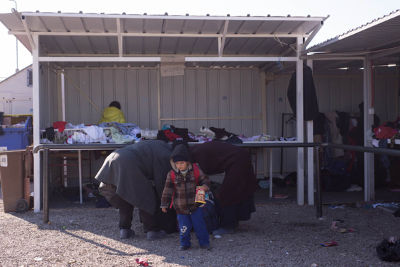 Women collecting donated clothes for themselves and their children in Tabanovce near the Macedonia and Serbia border. Photo: UN Women / Mirjana Nedeva

UN Women has been working with Oxfam to support the distribution of urgently needed items, especially for women and girls. In early 2016, UN Women-in partnership with Oxfam- plans to support the provision of targeted information to women, capacity-building of local counterparts and advocacy activities related to the rights of women migrants and refugees.

In the coming months, UN Women will support the involvement of National Gender Machineries in inter-ministerial refugee and migrant response coordination, and work with national and local governments to reduce tensions between refugees, migrants and host communities and make sure women’s needs figure prominently in the response. The organization will also help establish a regional network of local NGOs—including women’s organizations—from the refugee and migrant countries of origin, transit and destination to share information, operations and advocacy.

*fYR Macedonia in all subsequent references.

Related News
01/02/2018
Press Release: Local women need voice for regional and international peace to hold
18/12/2017
Women leaders at the forefront of peace building in the Western Balkans
17/10/2016
Women refugees and migrants get a place of their own
16/05/2016
From Where I Stand: Sonja Dimitrijoska
24/10/2014
Balkan women make inroads in peace and politics
END_OF_DOCUMENT_TOKEN_TO_BE_REPLACED