Inspiring and advocating for women living with HIV in Kazakhstan 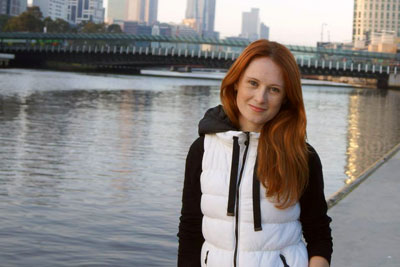 Lyubov Chubukova learned of her HIV status at the age of 20 after a routine checkup. The news came as a total shock and, at the time, she was resolved to give up on pursuing a career and family. But reliable information played a crucial role in changing her mind. Learning about HIV treatment and safe motherhood in particular, was pivotal.

Ten years down the road, Lyubov is the happy mother of an eight-year-old girl and has a university degree in accounting.

She says becoming a mother gave her life new meaning: “I decided to become an accomplished woman no matter what, because everything seemed possible at the time.”

Lyubov joined a non-profit NGO eager to help others like her. Two years into the project, assisting women with substance abuse issues made it clear to her that unless women start speaking up for their rights, nothing would change. She realized that to respond to the limited access to vital services and information, and, more importantly, decision-making spaces to voice the needs of women affected by the epidemic, it was imperative to organize and build a formal and united community of women living with HIV.

Central Asia is experiencing one of the youngest and fastest-growing HIV epidemics in the world that is also changing rapidly and affecting different populations. While in the beginning it was almost entirely driven by injecting drug use, affecting mainly male populations, since 2011 there has been an increase in the number of women among new cases. As of 2014, women account for 44.1 per cent of new HIV infections in Kazakhstan.1

Globally and in the region, UN Women is working on increasing governments’ commitment and accountability to the gender dimensions of HIV, strengthening the participation of women living with HIV in decision-making that affects their lives so that they can voice their concerns and lead evidence-based advocacy, and addressing the intersections of gender-based violence and HIV.

Lyubov first came in touch with UN Women through its Multi-Country Office for Central Asia, in Kazakhstan, in 2012, when UN Women and UN AIDS actively supported the establishment of the first and only Kazakhstan Network of Women Living with HIV and its strategic planning phase. UN AIDS and UN Women’s support was crucial in helping members understand the objectives of the network and role of its individual activists.

Since then, UN Women has invested in building the Network members’ leadership capacities, technical knowledge on the gender dimensions of HIV and its intersections with violence and negotiation skills. This is enabling them to be vocal in decision-making fora and able to articulate their needs and concerns to be addressed throughout the national AIDS response.

One of the recent outcomes of this support was that two members of the Network – one of whom was Lyubov – were for the first time elected as voting members to the Country Coordination Mechanism in Kazakhstan for 2015-2017. This mechanism is a national consultative body that coordinates implementation of HIV/AIDS and tuberculosis-related activities of central and local governments, international and local CSOs and media, and oversees the development of the country concept notes for the Global Fund to Fight AIDS, Tuberculosis and Malaria.

“The support to women’s leadership in the response needs to be prioritized,” says Elaine Conkievich, Head of UN Women’s Multi-Country Office in Kazakhstan, stressing the impact of the organization’s efforts in this regard. “Women, particularly those most impacted by the epidemic, can no longer be left out of policy formulation, implementation, and monitoring, including actively contributing to decisions about the allocation of resources.”

At the moment, she is training crisis centre clients dealing with HIV infection and substance abuse issues on reproductive health, how to prevent sexually transmitted infections and how to stop gender-based violence.

“I want them to know, as corny as it sounds, that everything is possible. It is important to believe in yourself and other people,” says Lyubov.

Hoping her advocacy, support, and her own experience will help to inspire and give strength to others, Lyubov says: “If I have helped at least one person, I have not worked for nothing.”

Related News
18/05/2018
UN Women Highlights the Role of Women in Addressing Global Challenges at The Astana Economic Forum
01/03/2022
Call for Applications: Small Grants for Women’s Civil Society Organizations (CSO) and Women-Led CSOs under the ‘Strengthening civil society capacities and multi-stakeholder partnerships to advance women’s rights and gender equality in Turkey’ Project
15/02/2022
Central Asian governments discuss the integration of gender equality into climate change policies
12/11/2021
Call for Proposals to support the establishment of a regional funding mechanism for the Central Asia women’s movement.
09/03/2021
This is what leadership looks like: How three women mayors in Moldova are making a difference every day
END_OF_DOCUMENT_TOKEN_TO_BE_REPLACED