In the words of Rahime Hasan: “We should not overlook the place of men in the fight against violence” 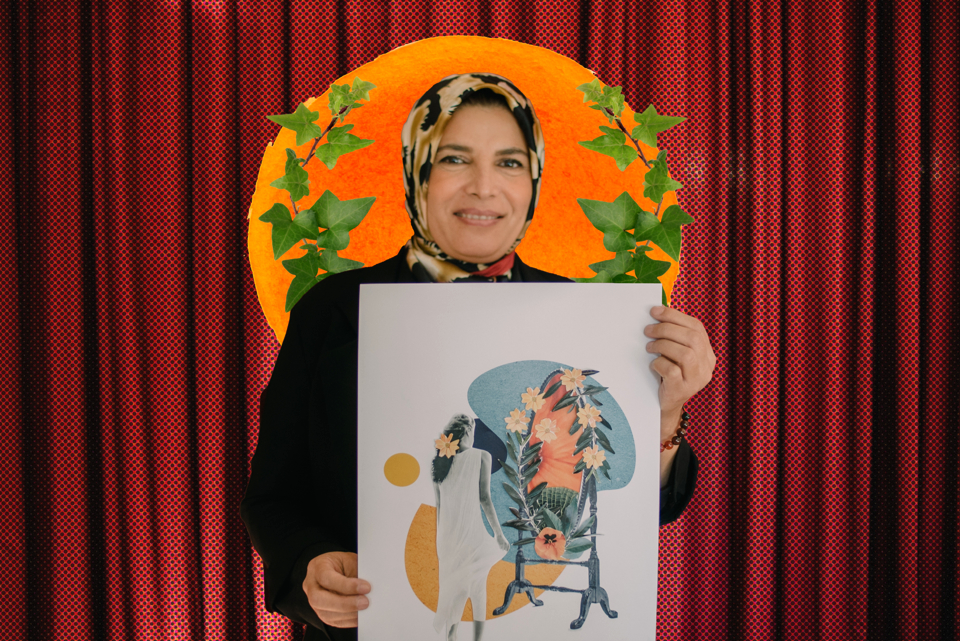 Rahime Hasan participated at the “Creating a Violence-free World” workshop as part of the 16 Days of Activism campaign. Photo credit: İlkin Eskipehlivan

Rahime Hasan, 47, is a Syrian refugee woman who has lived in Izmir, a western province of Turkey, since 2015 with her children. She lost her husband in 2013 and had to move forward on her own. She has devoted herself to providing support for refugee women to ensure their participation in social and economic life and to become leaders. As someone who is fully aware that gender-based violence is one of the biggest obstacles facing refugee women, Hasan participated in the “Creating a Violence-free World” workshop as part of the 16 Days of Activism Campaign. The workshop is organized by the UN Women Refugee Response Programme in partnership with the Refugee Support Centre (MUDEM-RSC), and financed by the governments of Japan and Norway.

I am Rahime. Before I moved to Izmir from Syria, I worked as an Arabic Language and Literature teacher. I enjoyed spending time with arts, literature, science a lot but I had to do tailoring to make ends meet in Turkey. This was difficult, mostly because I am a woman of knowledge. I was determined to continue one day doing what I did in Syria. After I started recovering from the experience of war, I was able to understand the Syrian community much better. I realized that refugee women suffer from gender-based violence. It was around this time that I began to benefit from MUDEM-RSC’s services to improve my Turkish. I have always been a strong person and I decided to use this to help other refugee women. I helped found the Havva Women’s Committee. Through this platform, we prioritize educating women about violence and protection mechanisms. It is shocking to witness how many women suffer from physical, emotional, and psychological abuse yet they do not often know how to access justice and regain their strength.

Violence always comes gradually, not all at once, that is why I prioritize catching the red flags and teaching women from an early age. The biggest changes start with small changes. Daughters of women who were subjected to abuse are our main target groups. Once they learn how to stand up against gender-based violence they will always advocate for their rights. This brings the importance of involving boys and men into the fight against gender inequality. Here, the responsibility does not only fall on the women. Our struggle to achieve gender equality should involve both men and women. A woman's inability to decide for herself, not being allowed to openly share her ideas within the family, unable to choose her own spouse, being deprived of education and getting married off at an early age are the types of problems that Syrian women are most exposed to. We have seen positive changes in our society since we came to Turkey, but we still have a long way to go.

In the workshop, we collaborated to imagine a world free from violence against women and handled this task with fun, laughter, and positive energy. I think a woman is both delicate and strong. Being delicate does not mean being weak. This does not mean women can be abused in any way.

We should not overlook the place of men in the fight against violence. I have two sons and I teach them how to treat women. My sons can do all kinds of housework and actively help around the house. We are comfortable with these matters. My sons are not ashamed to collect the laundry from the balcony. Why should they be ashamed, both my daughter and my two sons do all the work. Today and in the future, we need to do it together.”