Bosnia and Herzegovina has taken a strong step towards adopting the institute of the “person of trust” to ensure that women survivors of violence have easier and faster access to institutions and more support in safeguarding their rights. 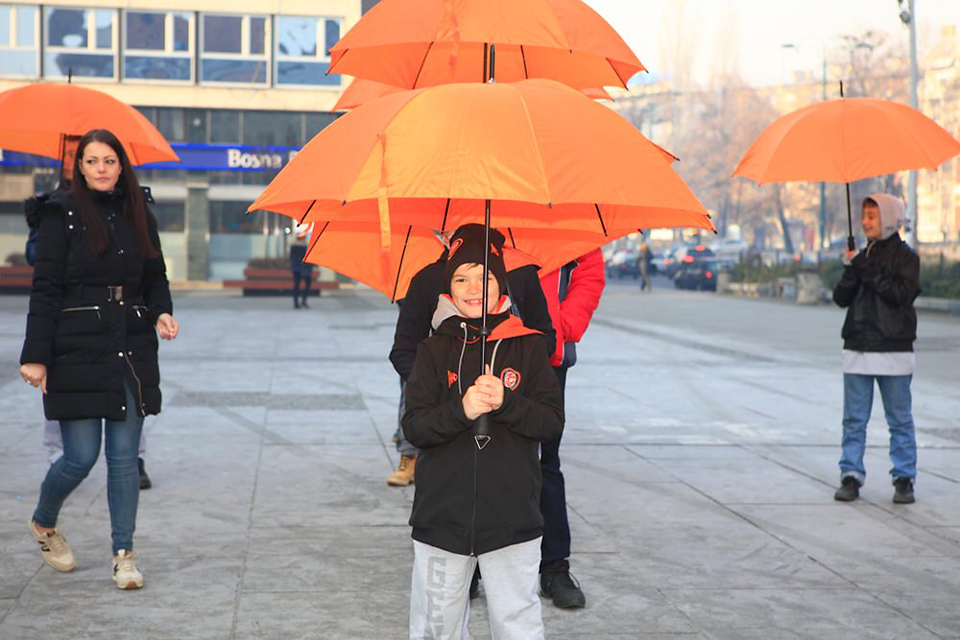 Tenzila Sejmenović*, 52 years old, from Zenica, a city located in the center of Bosnia and Herzegovina, suffered from physical and psychological violence for 15 years. Alone with her two children, she decided to report the violence and ask for support from the state institutions. Faced with a slow, time-consuming process, she struggled to get the help she needed.

“I was faced with a wall that was too big for me to climb on my own, so I reached out to the Center of Women's Rights. They offered me the service of “person of trust.” Even after the first conversation with this person, I felt supported and relieved. That conversation prompted me to get up and move forward. It made me feel like someone wanted to listen to me, while in all other institutions I was not accepted,” confessed Tenzila Sejmenović.

The role of a person of trust is to ensure that the rights and interests of women who have reported violence are effectively represented at all proceedings, explained Meliha Sendic, president of Center of Women’s Rights.  With the help of a person of trust, women survivors of violence have easier and faster access to institutions and more support in safeguarding their rights.

At a time when such support to women wasn’t part of national legislation or recognized as an integral part of international standards and conventions, the Center of Women’s Rights, a women’s rights organization, provided and still provides services that incorporate “the person of trust” under the UN Women regional programme on ending violence against women “Implementing Norms, Changing Minds,” funded by the European Union. This service is offered as part of their free legal aid service, which consists of initiation and mediation on behalf of women who experienced violence with the institutions that are part of the system of protection from violence.

“We are here for the women who contact us. Our direct work with women and the court system on cases of sexual and gender-based violence made us believe that it was essential to introduce the ‘person of trust’ institution into law. If a woman reports some form of violence and she goes to court, she is represented only by the prosecution. It is in the prosecution's primary interest to convict the perpetrator. Outside of court, no one cares what she needs or what her rights are. No one represents her real interests,” declared Meliha Sendic.

Bosnia and Herzegovina has taken strong steps towards adopting the institute of the “person of trust.” One of the amendments of the Law on Protection from Domestic Violence of entity Federation of Bosnia and Herzegovina (FBiH), which prescribes the “person of trust” institute, was unanimously adopted by the House of Representatives of the FBiH Parliament in January 2021. On July 29, 2021, the House of Peoples of the FBiH Parliament adopted Amendments to the FBiH Law on Protection from Domestic Violence, which guarantee the right of women who have experienced violence to appoint a “person of trust” to be present in all proceedings and actions related to the case.

“We led the overall process together with the expert group we formed. We worked on a draft proposal to amend the Law on Protection from Domestic Violence of FBiH to introduce the person of trust into law,” pointed out the president of the Center of Women’s Rights.

Sanin Pačariz, Expert Advisor to the FBiH Ministry of Justice, underlines that a “person of trust,” in principle, would support the woman who experienced violence in all proceedings, such as procedural actions that take place, according to the FBiH Law on Protection from Domestic Violence. “Now, that the House of Peoples adopted this legal proposal, the Federal Ministry of Justice is obliged to draft a bylaw that will define in detail the conduct of the person of trust,” stated Sanin Pačariz.

There is still a long way to go. The next step for the Center of Women’s Rights is to educate professionals from institutions throughout Bosnia and Herzegovina on the new amendment.

“This step is important in ensuring the system is ready and that professionals know who the persons of trust are and why they are important to survivors. It is also important to clarify that the person of trust institution will speed up processes and make it easier for professionals to communicate with women on certain subjects, especially in situations in which the party is legally illiterate. The second step is to train civil society activists and individuals from all over Bosnia and Herzegovina to provide support to women as a ‘person of trust’,” concluded Meliha Sendic.

“The person of trust helped me to leave the violent partnership together with my children and to make sure the report of violence was taken seriously by the institutions. They helped me persevere until the end, for myself and my children. Now I am a much more stable, stronger person, ready to face life’s challenges on my own. A person feels safer when she has support and help,” concluded Tenzila Sejmenović.

*The name has been changed to protect the identity of the individual.

Related News
11/04/2022
In the words of Stela Tanellari: “Employment is essential for ensuring the successful reintegration of women survivors of violence into society”
09/12/2021
In the words of Melek El Ahmed: “Violence begins when we do not give our daughters the same opportunities that we give our sons.”
07/12/2021
In the words of Hülya İnan: “Women can contribute to building solidarity with their own stories”
06/01/2021
In the words of Aşkın Asan: “We are committed to making a difference in rural women’s lives every day of the year”
19/10/2020
Women’s rights advocates from the Western Balkans and Turkey shine spotlight on disproportionate violence against rural women
END_OF_DOCUMENT_TOKEN_TO_BE_REPLACED