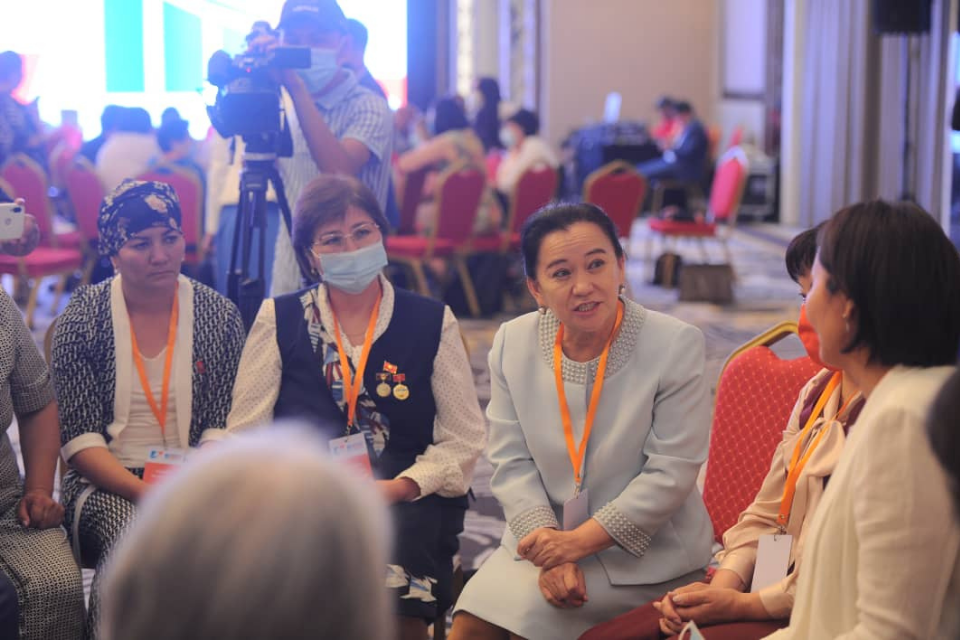 An unusual celebration of newly elected deputies of local councils was held in Bishkek on June 15. Women deputies of local councils held a face-to-face and open dialogue with former President Roza Otunbaeva, First Lady Aigul Japarova, Deputy Chairman of the Cabinet of Ministers Jyldyz Bakashova, Central Election Commission (CEC) Chairperson Nurzhan Shaildabekova, and representatives of state authorities and international organizations. More than 50 women shared their stories about the challenges they encountered on their way to becoming deputies of local councils, as well as their plans for the development of local communities and promotion of the participation of women in the political life of the country.

The event was also attended by members of the Central Asian Women Leaders Forum, representatives of the Forum of Women Deputies, UNDP, UN Women, OSCE, EU, the Embassy of Switzerland, and other organizations, many having provided support for the campaign to mobilize women as voters and candidates. 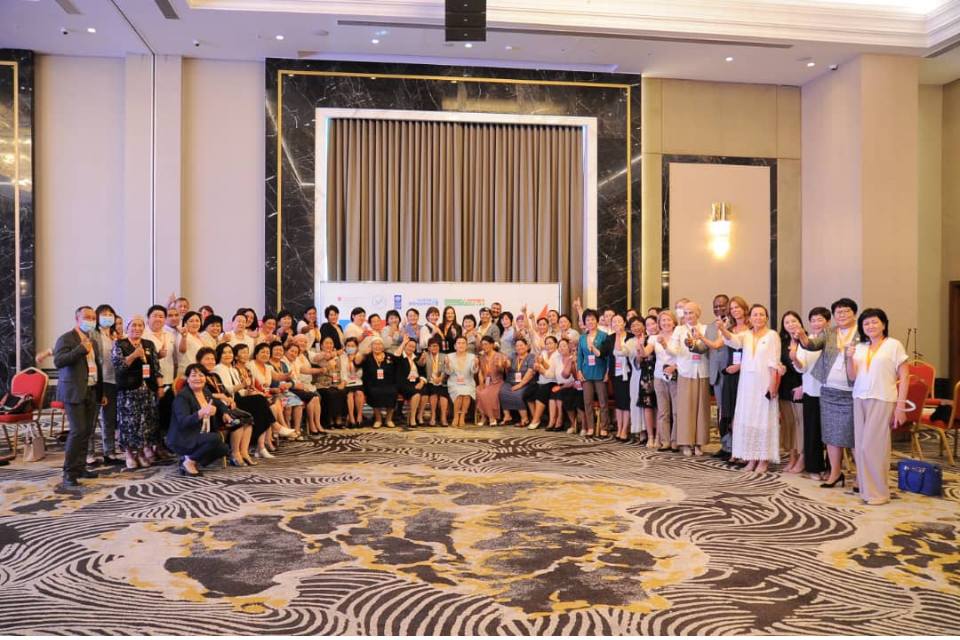 Group photo of participants of the event “I am a leader woman” Photo: UNDP Kyrgyzstan / Usonbek uulu Zhanar

Women discussed measures to keep achievements in the legislation and country policies, consistent with Kyrgyzstan's international obligations to promote the rights and opportunities of women, in particular the application of special measures on the 30 per cent reservation of mandates for one of the sexes provided for in the Law on Elections of Local Councils Deputies during this interactive dialogue in a format of co-creation. 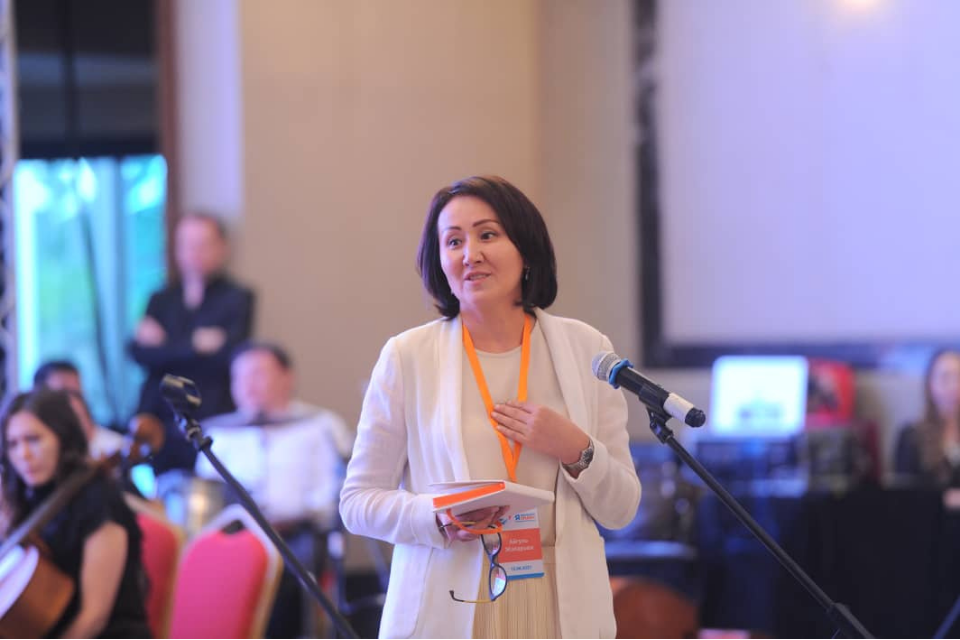 “Like most of the women in the audience, I grew up in an ordinary family in the countryside. And today I join all women in our common efforts to achieve gender equality in our country,” said the First Lady of the Kyrgyz Republic Aigul Japarova.

“Dear deputies of local councils, now you have not only the mandate of a deputy, but you also have instruments of power that you can use for the benefit of your village, your community, your country. I understand that for sure it was not easy for you to go to the polls as a candidate, to campaign, to fight stereotypes in your family and in your village. And yet, despite everything, you have achieved success,” said Deputy Chairman of the Cabinet of Ministers Jyldyz Bakashova.

An important aspect of the interactive dialogue at the ceremony was the discussion of measures to preserve the achievements in the country's legislation and policies in line with the national and international obligations of Kyrgyzstan to promote the rights and opportunities of women. Particularly the use of special measures on 30 per cent reservation of mandates for one of the sexes, stipulated in the Law on elections of local and parliament elections.

“Today we honored women deputies of local councils and the success that Kyrgyzstan showed in the elections. We celebrate the leadership of women MPs, nursing and collaboration. We also celebrate the partnership of all organizations and structures and women themselves, which ensured this breakthrough result”, said Ulziisuren Jamsran, a representative of UN Women in Kyrgyzstan.

"The increase in women elected to local self-governments from less than 10 per cent to more than 38 per cent is an achievement for the entire country. Women will have more opportunities to influence local politics and contribute to improving the quality of life in local communities. The 30 per cent reservation of seats in the local councils was introduced as a temporary measure to set a minimum threshold. It was the signal that women needed, an opportunity to seize, to put their good name and capacity forward," said UNDP Resident Representative Ms. Louise Chamberlain.

Also, the participants and guests of the ceremony honoring women MPs "I am a woman leader. A Breakthrough to a New Era" opened an exhibition of photographs and stories of women leaders from the border regions of southern Kyrgyzstan. The stories in the photographs illustrated the importance of women's role in conflict resolution and community reconstruction, in addition to the generally recognized contribution of women in addressing various issues in education, health, and social development of local communities.

The honoring of women took place within the framework of the UNDP-led program "Support for Elections in Kyrgyzstan 2020-2021" supported by the Government of Switzerland in partnership with UN Women, as well as the joint UN program "Economic Empowerment of Rural Women" (JP RWEE) with financial support from the Governments of Norway and Sweden.