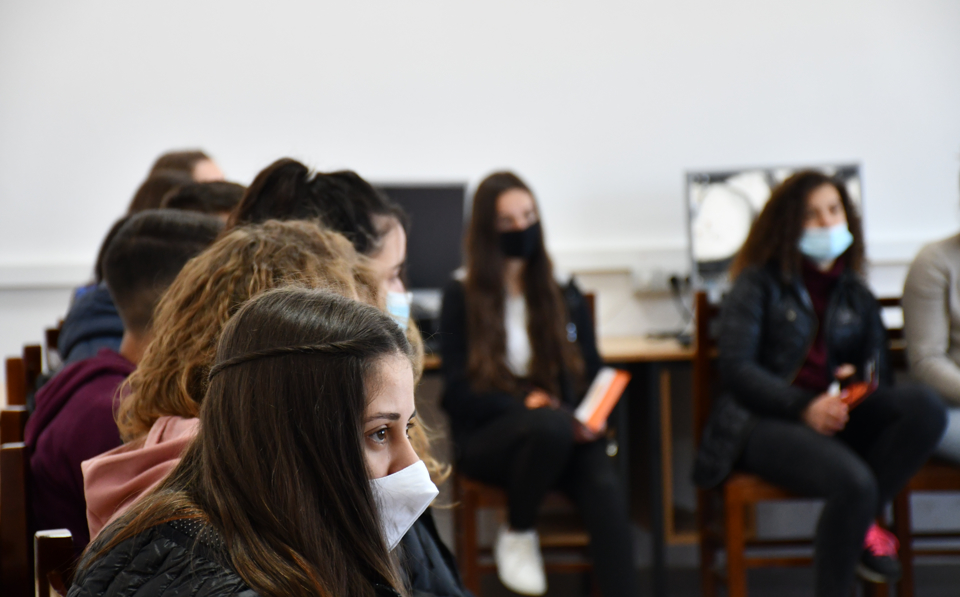 Around 60 university students from the Elbasan region, one of the largest regions in central Albania, boost their knowledge about fighting against different forms of violence against women and become confident to serve as role models to their high school peers, thanks to an initiative aimed at changing social norms and raising awareness on harmful gender stereotypes, implemented by Woman Forum Elbasan in the framework of the UN Women regional programme “Implementing Norms, Changing Minds,” funded by the European Union.

After learning about different forms of violence, in particular sexual violence, harassment, and stalking, in January and April 2021, 60 students –49 young women and 11 young men– built digital resilience and gained skills to conduct successful awareness-raising campaigns on combating sexual harassment. Some of them took it even further by becoming local activists in shifting their community’s perceptions on gender equality, violence against women and harmful social norms. They shared newfound knowledge with their younger peers from high schools through information sessions.

“We informed and sensitized the students on different forms of violence, with a specific focus on sexual violence, harassment, and digital violence. Following the workshops, we saw firsthand changes in perceptions that usually require a long time to shift. They were open to feminist perspectives shared throughout the sessions and how to identify sexual harassment and any form of violence in their surroundings,” said Ines Leskaj, one of the trainers of the workshops and Executive Director of Albanian Women Empowerment Network. 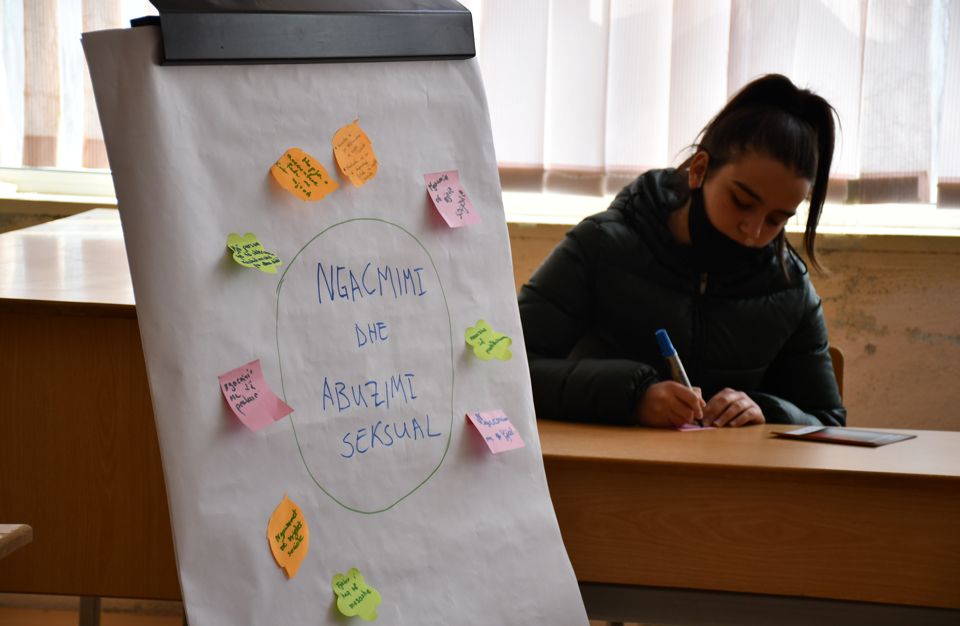 “One of the things that really stuck with me is how is it possible that, for thousands of years, humanity has made giant advancements in technology and our way of life, but we have not yet reached the most natural phenomenon of all - equality between women and men?” said Altin Tafani, 20 years old, a young man studying at the University of Elbasan.

Gertjana Hasalla, the project coordinator at Woman Forum Elbasan, stated that the ultimate aim of the workshops was to establish a solid cohort of young people who want to contribute and change perceptions and attitudes towards violence against women in their campuses, communities and society. “I believe we achieved that, as we have now a network of change agents and we are proud of this,” concluded Hasalla.

Upon conclusion of the series of workshops, the change agents took their new knowledge and skills to the real world. They visited six municipalities of the Elbasan region and held 12 awareness meetings in 12 high schools, attended by around 250 high school students.

During the meetings, they shared information on online safety, sexual harassment, and abuse, as well as their personal experiences and revelations gained during the workshops with their younger peers.

Klodian Luzi, a 19-year-old male student of engineering and business administration at the University of Elbasan, feels confident and proud to share his knowledge with his family, friends and younger peers. “Participation in the workshops helped me gain a new perspective - one filled with solidarity and the belief in the cause of gender equality. It has been a great pleasure teaching high school students what I learned as they listened carefully and respectfully,” he said.

As young people are among the most ardent users of the internet, technology and social media, the workshops also encompassed a teaching component on digital stalking, harassment and other forms of cyber violence. “With the emergence of the pandemic, cyber-attacks, online deceit, and digital stalking are becoming a new normal. Therefore, being able to protect themselves and others from harassment in the virtual sphere is even more important for young people,” said Ilirjan Gjoni, another trainer. 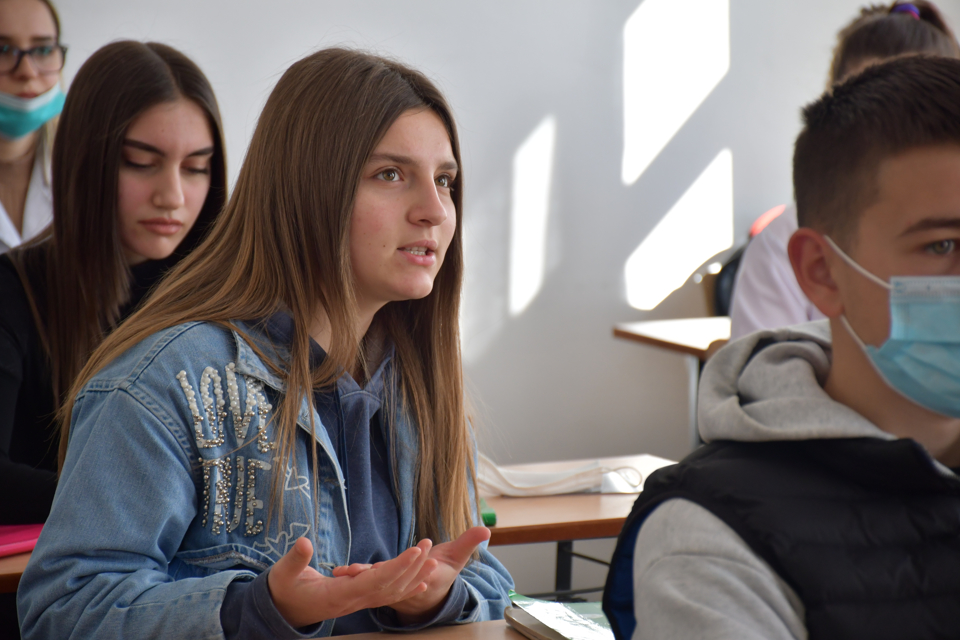 Thanks to the workshops, a network of change agents for ending violence against women was created. Photo: Woman Forum Elbasan

Blediona Koduzi, who is 18 years old and studying nursing, feels confident in her ability to identify abuse and harassment in her surrounding environment, including in the digital sphere. “I learned to be supportive when violence happens but also try and prevent it from happening altogether,” she said. As her passion is communications, the workshops equipped her with the tools to apply this passion in her daily life by talking to her friends and family about gender equality and sharing the newly acquired knowledge with young high school students in her city, Elbasan, and other surrounding communities.

“In order to have a young generation that embodies the principles of gender equality and a life free of violence, UN Women partnered with a local grassroots women’s organization to work with high school and university students. Efforts to tackle violence against women through the active engagement of young people have a great potential to bring lasting impact and will continue to expand in future interventions,” mentioned Megi Llubani, Technical Project Analyst at UN Women.

Related News
22/05/2017
Call for Proposals: Support the establishment and strengthening of regional platforms of civil society organizations
25/11/2015
Orange the World to End Violence against Women
25/04/2022
Women from disadvantaged communities in Albania are now one click away from legal and psychological counselling
20/01/2022
Supporting women survivors of violence with socio-economic reintegration in Albania
15/11/2021
Take Five: “It was my job to scream for the victims!”
END_OF_DOCUMENT_TOKEN_TO_BE_REPLACED