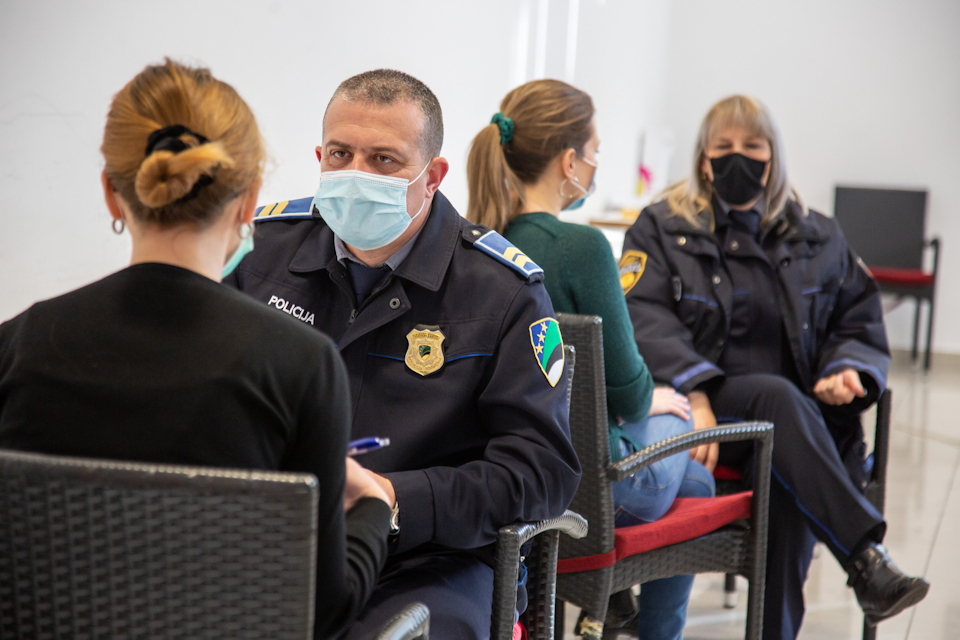 A campaign has brought together police officers in Bosnia and Herzegovina to advocate for ending violence against women. Photo: Association “Vive zene” Tuzla

In the north-eastern Tuzla canton of Bosnia and Herzegovina, for the first time in history, a campaign has brought together 1600 police officers to advocate for ending violence against women and challenge the harmful norms that contribute to gender-based violence. The campaign, entitled “You hear, you see, you know – REACT,” is organized by the Association Vive žene within the UN Women regional programme “Implementing Norms, Changing Minds,” funded by the European Union. The campaign takes place at an important time, when there has been a drastic increase in the number of people who need protection and support due to the COVID-19 pandemic.

The police officers from the Tuzla canton are often the first point of contact for women who suffer violence and abuse. However, according to the Ministry of Interior’s records from 2019, in only 20 per cent of reported domestic violence cases, police officers proposed any of the protection measures prescribed by legislation, such us restraining orders, eviction from home, mandatory psychosocial or addiction treatment, arrest and temporary custody.

The campaign “You hear, you see, you know – REACT” aims to change police officers’ perceptions and attitudes towards violence against women in order to increase the number of protection measures proposed by police officers in situations of violence against women, as well as to empower women who are not heard in their pleas for help or who do not have the courage to report violence. 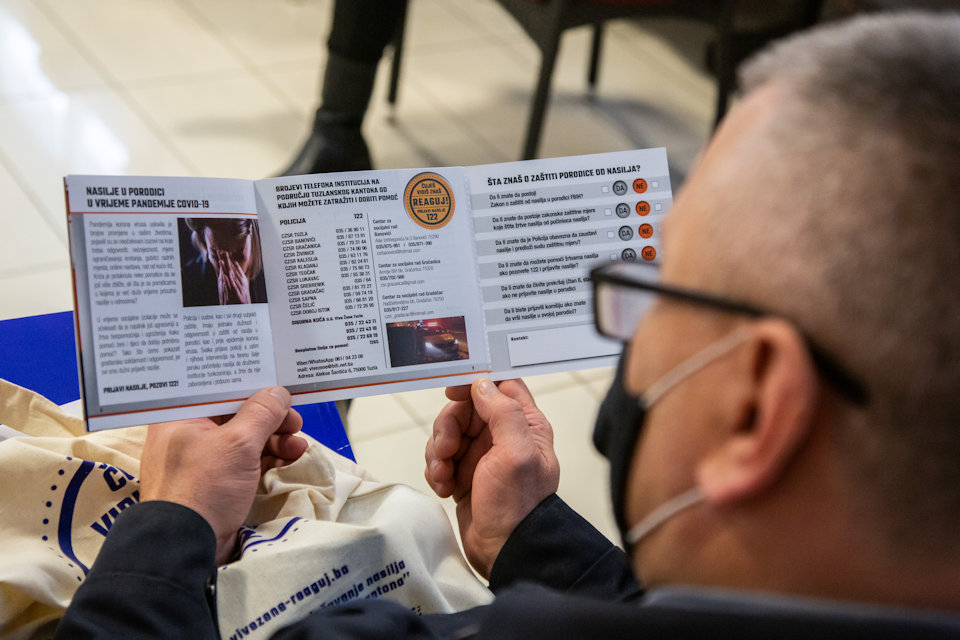 “The campaign is also encouraging all citizens to act responsibly and report domestic violence to the police hotline, 122. It includes a ‘door-to-door’ initiative that has brought together, for the first time, police officers and young people to jointly communicate directly with citizens to inform them about domestic violence, the existing legislation on protection from domestic violence and what other additional measures are available to protect survivors,” said Jasna Zečević, the director of Vive žene.

“I have developed an awareness about domestic violence and how to act if I notice that violence is happening in my environment. Thanks to this project, we have managed to educate many citizens on how to act if they witness domestic violence. Through direct contact with citizens and relevant institutions – in this case, the police – we can improve the entire community and protect women and vulnerable citizens,” added Anela Berbić, one of the volunteers in the ‘door-to-door’ campaign.

Despite the challenges posed by the pandemic, the campaign has been able to reach 850 citizens in ‘door-to-door’ visits and over one million people through social media channels.

“Another significant achievement of this project is the active participation of the police in planning project activities, as well as their motivation and the video messages they use to address not only women who have suffered from domestic violence, but the entire population,” said Zečević. 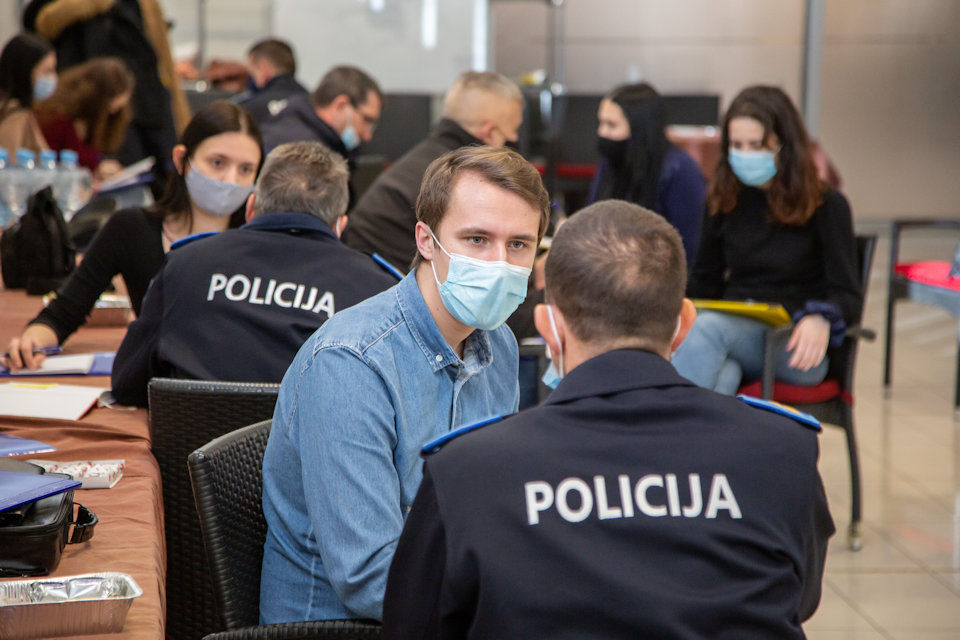 The campaign reached 850 citizens in ‘door-to-door’ visits and over one million people through social media. Photo: Association “Vive zene” Tuzla

“From the beginning of this campaign, its impact on the work of the police has been visible. Attention was paid to things that had gone unnoticed before. The guidelines were especially useful in terms of recording and taking concrete measures against the perpetrators,” said Safet Ibrahimović, former police director of the Tuzla Ministry of Interior and one of the drivers of the campaign in its onset, currently acting as head of police station in one of the municipalities in the Canton.

Moreover, the Ministry of Interior has also posted the Law on domestic violence protection on their website, giving visibility to their commitment to fight violence against women.

“We are happy with the feedback from police officers, who proudly let us know when they report violence and suggest protective measures in the field. This is something we wanted to achieve. Not only the police propose protective measures prescribed by law, but they do so with satisfaction, understanding and respecting the human rights of women who have suffered violence. We believe we have achieved change in the behaviour and motivation of police officers,” concludes the director of Vive žene.