In the words of Esmeralda Hoxha: “Without trust in institutions, survivors get entrapped in a vicious cycle of violence” 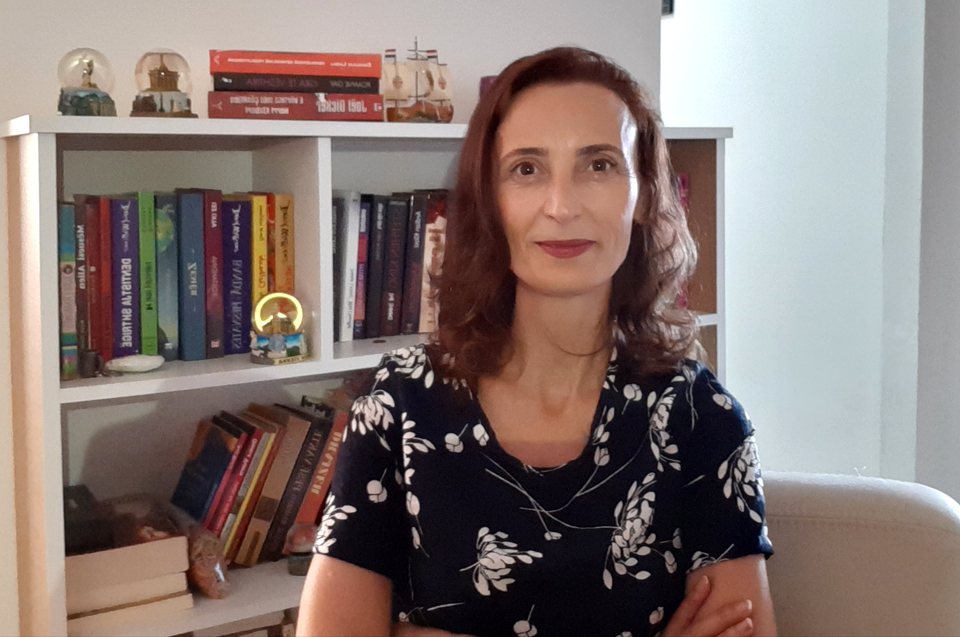 When I was 6 years old, I heard a story that left a big mark on me. It was the story of a 20-year-old woman who was pregnant with her second child, while her husband repeatedly beat her. With black eyes but a clear mind, while protecting her unborn child, she decided to leave forever this time. She tried to take her two-year-old first-born daughter with her, but he snatched the girl from the woman’s chest. Then with a pair of torn pants, seven months pregnant, she took the mountain road for the last time and returned to her father’s home.

Almost 40 years have passed since the day I heard this story. In the decades since, I have seen and heard many variations of it. Details change, but results are often the same - blackened eyes, bloody teeth, broken hearts and frequently loss of life. However, this is the story that became the greatest motivation in my life.

Currently, legislation to combat violence against women is complete, but the institutions responsible for its implementation are still lagging behind. A body, in order to function, needs all of its organs to be healthy and work together to complete the cycle that keeps it alive. This is how I see the coordinated referral mechanism – a group of institutions that jointly respond to, treat and solve cases of violence. The referral mechanism is a body that should function holistically. At the Gender Alliance for Development Center, with support of EU-UN Women regional programme “Implementing Norms, Changing Minds,” we have regularly monitored the functioning of these mechanisms since 2017, not only as a tool for accountability but also as a catalyst for these mechanisms to function as a single body.

After three years of monitoring, the results tell a mixed tale of success and struggles to change institutions, perceptions and behaviors. We noticed enhanced cooperation among officials, improvements in case referral and management, closer contact with survivors and a wider range of services offered.

From 2017 to 2019, we saw an average increase of 330 per cent in the activities that municipalities organized to raise community awareness on rejecting violence, domestic or any other kind. Institutional coordination also improved, as we registered more treated cases of domestic violence. In addition to this, one of the municipalities saw a jump of 555 per cent of cases from 2017.

Our monitoring efforts have set a good foundation for change, which will become even more visible in time. Communication channels have been established, collaboration among different stakeholders is more welcomed, and the initiative was embraced by all monitored institutions. We contributed to diagnosing the ailments of the organism that supports women survivors of violence. However, it took the willingness and active engagement of all parts of the organism to address those ailments. Together, we can contribute to a more equal and non-violent society.

It is important that survivors have a lifeline to escape violence and don’t feel trapped in abusive relationships. Services should be accessible, equitable and of high quality. Without trust in institutions, survivors have less incentive to report and thus become entrapped in a vicious cycle of violence that over time becomes accepted and justified. It is important for us, as women’s advocates, to ensure that this does not happen, and holding service providers accountable is one of many ways to ensure that women and girls can live a life free from violence.

Today, after almost 40 years, the woman from the story I mentioned earlier has raised four strong women and instilled in her son the values of respect and equality for his sisters and women in general.”