Ask a policewoman: What can police do to better protect women exposed to violence in an emergency context? 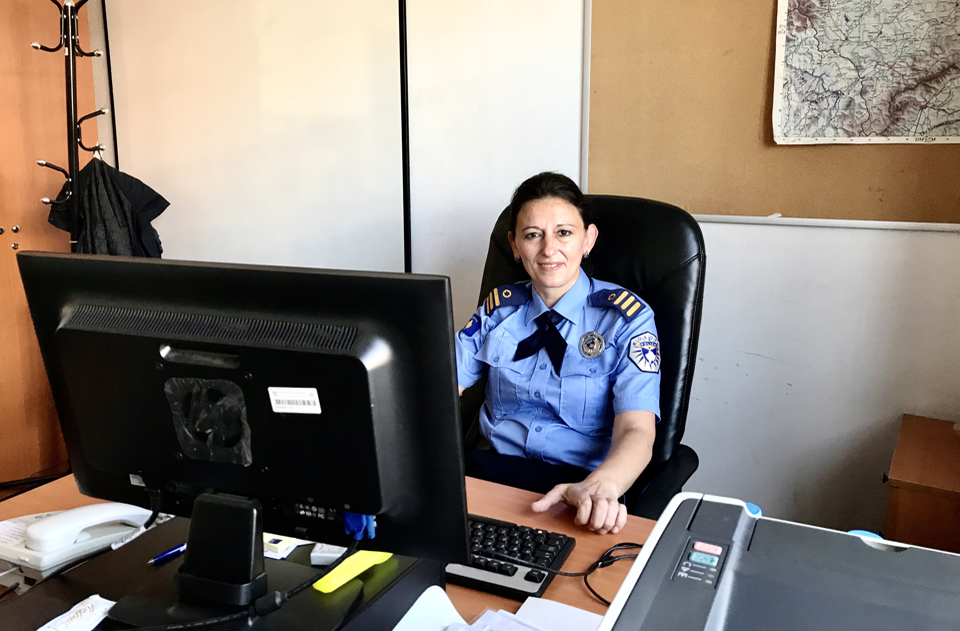 Xhemile Behluli has been a sergeant within the Kosovo Police since 2004 and has been domestic violence section supervisor since 2011. Besides her dedication to a life free from violence for women across Kosovo, she is also committed to achieving gender equality within the Kosovo Police, as part of UN Women’s regional programme “Implementing Norms, Changing Minds,” funded by the European Union, to ensure all of her colleagues are treated equally.

“As we registered an increase of domestic violence cases and violence against women during the COVID-19 pandemic, we have employed various additional measures to maintain trust in the Kosovo* Police. In this emergency context, the police operate with increased capacities at all times to ensure that the needs of women and girls are met. We called on citizens to refrain from engaging in domestic violence by issuing an appeal, which included domestic violence statistics as well as information on help lines where women can report domestic violence.

In addition to these appeals, we have closely cooperated with the media in order to raise public awareness on increasing cases of violence against women. In the first half of 2019, there were 836 cases, while in the first half of 2020, there were 1000 cases. We know that this increase could be the result of increased anxiety and tension in families since family members are spending more time together, and women, already at a higher risk of violence, are trapped at home with perpetrators, particularly during the lockdown. Unemployment, poverty and uncertainty have also played a role. During the pandemic, the Kosovo Police has been very committed to handling cases of domestic violence and violence against women with priority and dedication. We did our best to make Kosovo a safer place for women.

However, while working to end violence against women and curbing the increase of domestic violence cases, the police needs continuous training to enhance its professionalism. The pandemic has caused stress and fear among citizens. Their need for the police is obvious, but also the police needs additional support to be closer to people, such as training on emergency response during a crisis and psychological support.”