In the words of Olena Hryhoriak: “The issues of violence and discrimination should not be silenced”

Olena Hryhoriak is a feminist and LGBTI activist who fights discrimination and hate crime. As a regional coordinator of the LGBTI organization Insight in Chernivtsi, western Ukraine, Olena promotes safe, positive, and inclusive environments for all. Hryhoriak collaborated with UN Women during 16 Days of Activism campaign last year to raise awareness about different forms of gender-based violence. 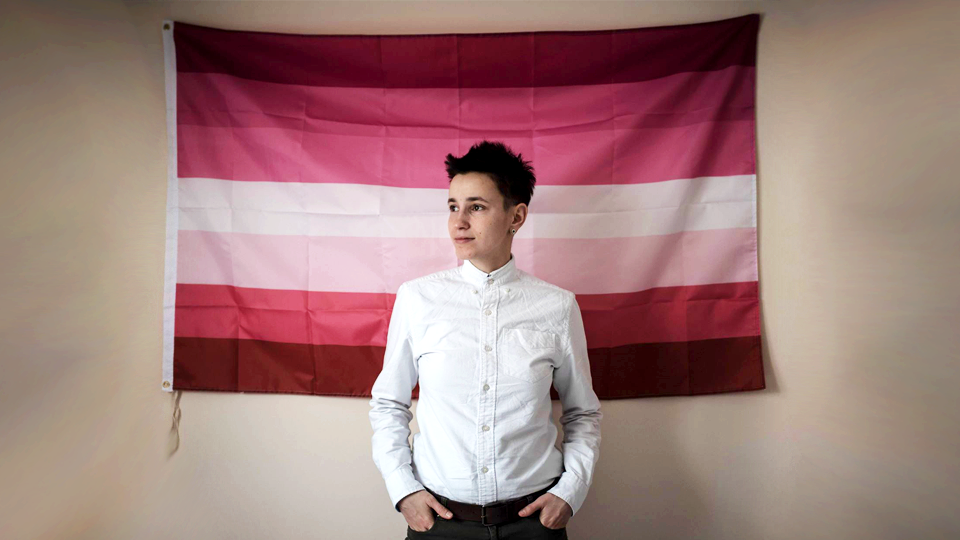 Olena Hryhoriak is a regional coordinator of the LGBTI organization Insight which has been providing assistance and support to LGBTI community in Ukraine for more than 10 years. Photo: Insight

When the Insight regional office opened in Chernivtsi, almost four years ago, the LGBTI community was just emerging. We found each other through the grapevine – friends of friends, colleagues, and so on. I was attending events, lectures, trainings, and started to realise that I was interested in activism and helping others. I became a lecturer, a mentor, a volunteer, assisted in organizing the Festival of Equality, and film screenings. When the former Insight regional coordinator decided to move to Poland, I realized that I was ready for the next step in my activism career, and so started coordinating the office in Chernivtsi.

In the beginning, the LGBTI community itself was homophobic. Even if there was a safe place in the city, and we organized an event, many people from the LGBTI community would not come. Sometimes there were only 15-20 people who attended. It was a big challenge for me as well. I saw people who wanted to join, but they were afraid to admit it, worried that their relatives or loved ones might learn about their engagement in our activities.

Besides, there was also a lot of pressure from the local authorities. When, as a lesbian, an activist, and a coordinator, I tried to bring the issues of violence, discrimination, and human rights abuse into public discussion, I faced such a behind-the-scene opposition from their side. And, this is still going on. There is still a lot of work to do.

We also have to counter right-wing groups that are often quite aggressive towards the LGBTI community. When we announce a public event, our opponents organize theirs on the same day. And, they invite their sympathizers from other regions, so to create the impression that many more people support them than us. Then they complain that our society is not ready to accept the diversity.

Quite often, we also face open aggression. For instance, in recent years, during three of our public events, we had some clashes of right-wing groups with the local police. Besides, there are quite a few religious organizations in the region that are rather influential.

Of course, society changes. It is much easier for us to communicate our messages to journalists, influencers, and even the general public. Compared to 10 years ago, we face much less homophobia and toxicity. However, many significant challenges are still ignored and left unnoticed.

The issues of violence and discrimination should not be silenced. We are raising them constantly at the local level. But, we need a nationwide discussion. People need to realize that violence is not ok. Victim-blaming is not alright. Sexism is not acceptable. We need to explain our values through dialogue rather than lecturing. It is important to provide people with an opportunity to express their opinions, reflect and ask questions. I believe this is the only way to get our point across.”