Take five: “Femicide should be recognized as a specific criminal offense” 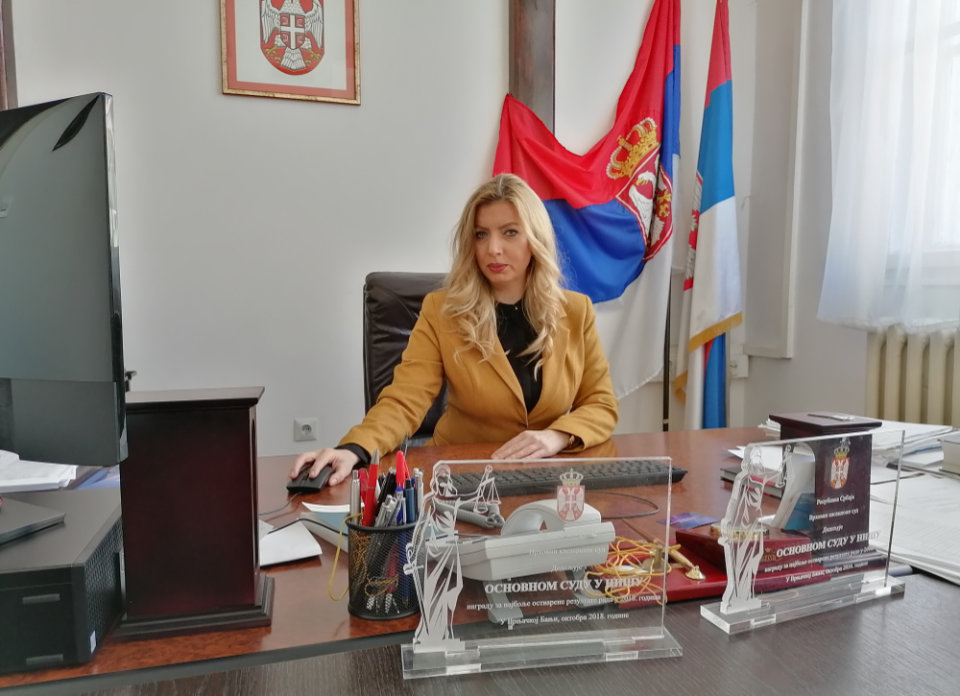 Ivana Milovanović is a court judge in the Serbian town of Nis who has been focusing for years on gender-based violence. She helped provide accurate data to the researchers who developed the study on femicide in Serbia under the EU-UN Women regional programme on ending violence against women in the Western Balkans and Turkey, “Implementing Norms, Changing Minds”. She spoke to UN Women about the importance of collecting data on femicide and classifying it as a specific criminal offense.

Why is it important to separate femicide, as the most extreme form of violence against women, from other forms of murder and to use specific measures to prevent it?

Femicide differs from other forms of murder because it is the gender-related killing of a woman only because she is a woman. This indicates that the root causes of femicide differ from other types of murder and are related to the general position of women in the society, discrimination against women, gender roles, unequal distribution of power between men and women, habitual gender stereotypes, prejudices and violence against women.

This indicates that femicide, generally speaking, is not identical to murder, because according to all its characteristics and causes it represents the most extreme form of violence against women. Only an approach that recognizes these differences can contribute to proper research, identification and understanding of femicide, which is a prerequisite for developing effective and efficient measures for its elimination and prevention. In addition, classifying femicide as a specific criminal offence is necessary for adequate action in each concrete case because it enables the timely identification of the possibility for femicide to occur, a quick response to prevent femicide, effective investigation, processing and the adequate punishment of perpetrators.

Although there are not many countries in which femicide is currently proscribed as a specific criminal offence, research shows numerous advantages of such an approach. This does not mean that there is no femicide in these countries, but it facilitates monitoring and studying femicide and finding adequate measures for its prevention, quick response, adequate investigation, and the prosecution and punishment of perpetrators. Contrary to this, in countries in which femicide is not a specific criminal offence, this can lead to legal misclassification – that is, treating femicide as ordinary murder, which can completely annul the gender component of the crime and lead to milder punishments. In addition, classifying femicide as a specific criminal offence has a significant general preventive effect, as it clearly and unambiguously lets potential perpetrators know that femicide is a crime punishable by law.

What are the main obstacles for effective prevention, investigation, prosecution and punishment of perpetrators of gender-based murders?

The first most important obstacle for the prevention of femicide is gaps in criminal protection systems, which do not recognize femicide as a specific form of criminal behaviour. This has a direct impact on the functioning of competent institutions and their employees, because adequate and quick response is often lacking. The causes of this are often untimely recognition of risk factors that can lead to femicide, lack of quick and efficient investigations with a gender sensitive approach, inadequate prosecution of violence against women and lack of provision of full protection to women victims of violence.

Obstacles for the elimination of femicide also exist at the global level, and among these include the lack of systemic public policies on femicide prevention and improving the position of women, lack of records on femicide, inadequate media reporting on violence against women and thus femicide, lack of awareness among citizens about the importance of gender equality and lack of education about gender equality and risk factors related to violence against women.

What are the capacities of criminal system institutions and should they be strengthened through training, awareness-raising campaigns, and elimination of gender stereotypes and discrimination?

Over the last several decades, legislation of the Republic of Serbia has undergone many changes that have improved the legal protection system against domestic violence and protection from discrimination. Serbia has thus fulfilled many of its commitments undertaken through the ratification of international conventions in these areas. Protection from domestic violence has been provided at three levels: common law, criminal law and through the adoption of the special Law on the Prevention of Domestic Violence.

However, issuing regulations without undertaking essential measures at all levels to implement them and providing essential protection means nothing, and essential protection does not exist. In this sense, I feel it is necessary to undertake numerous measures and activities at all levels, such as, developing clear strategies to combat femicide, having competent government authorities to ensure timely and effective protection, organizing courses in educational institutions but also informal types of education of experts and citizens, and establishing clear standards on media reporting on violence against women and femicide.

It was good to see that in the first phase of the EU-UN Women regional programme, an analysis of the capacity of professionals related to femicide was conducted in 2018 and 2019, which can serve as a basis for future work in this direction.

Why is it important for all countries to collect data on femicide and violence against women?

Only valid and complete data can form the basis for proper understanding and “familiarization” with femicide. Quantitative and qualitative information on femicide is necessary for various analyses and research that will answer questions regarding the distribution of femicide, the forms it takes, the period of occurrence, the history of violence, concrete circumstances in which femicide has occurred, the characteristics of victims and perpetrators and similar. This data will serve as a basis for identifying the best measures that will lead to the elimination of femicide.

Related News
14/10/2022
Interview: “Rural women must be aware of their value and fight every day, in various ways, in this male-dominated world”
14/10/2022
Hidden mobile app gives women in Serbia a safer alternative for reporting violence
11/10/2022
In the words of Tina Milovanović: “I want to make a visible change for the better, so that women and girls are empowered”
16/09/2022
Interview: “Always trust a woman who decides to report violence”
01/09/2022
Bringing domestic violence against elderly women in Serbia to light
END_OF_DOCUMENT_TOKEN_TO_BE_REPLACED